The organisation aims to make it easy for schools and teachers to introduce and embed entrepreneurial and design thinking in students as young as primary school.

The pair – founder Margaret O’Brien and Chair of the Board Zoe Piper – both studied a Bachelor of Communication at UC in the early 2000s, though their paths didn’t cross until almost 20 years later.

Margaret and Zoe have an eerie number of similarities – both started their undergraduate degrees at ANU before transferring to UC, both believe that entrepreneurship is the way to make change in the world, and both have a knack for business.

“I saw a lot of similarities between Zoe and myself, but also plenty of differences,” Margaret says.

“She’s started a number of businesses that really speak to the way entrepreneurship can make an impact, and she really understands that concept.”

“Zoe has a great story about how she’s come to be an entrepreneur, and she has so much knowledge as to how we can look ahead with Young Change Agents and measure our growth.”

When Zoe was appointed Chair of the Board, she knew she was taking on a big job – but it was an opportunity she jumped at.

Zoe says that the mission of Young Change Agents encapsulates much of her own values.

“I was really excited by the mission that Young Change Agents have, to scale up the impact that they’d been creating – I’d like to see it explode!” Zoe says.

“YCA already reaches young people all across the country. I can see this impact only continuing to grow, both here in Australia and abroad.”

And with a wealth of experience behind her, there’s no doubt Zoe will contribute greatly. Since completing her undergraduate degree, Zoe has gone on to undertake a Master of Management, Master of Business Administration, and is currently completing a Doctor of Philosophy in Public Policy.

If that wasn’t enough to keep her busy, Zoe is also the founder/co-founder of three companies, and sits on a range of boards and advisory groups. 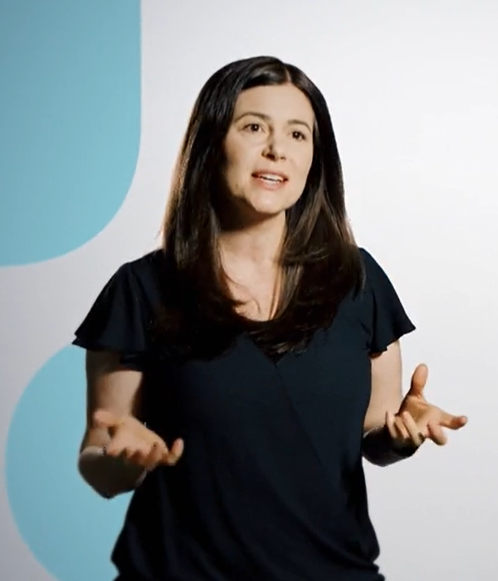 For Margaret – whose portfolio is no less impressive – founding the organisation was inspired by her time overseas, particularly in Colombia, where the program was initially piloted.

“For 15 years after graduating uni, I worked in marketing and in commercial organisations, and I was just surrounded by entrepreneurs and worked my way up in the industry,” Margaret says.

“But then, like a lot of people, I was experiencing a bit of burn out and wanted to do something new. I decided to go to Colombia for six weeks to do some volunteer work, thinking that my business background wouldn’t be useful in that space.”

Margaret couldn’t have been more wrong – she discovered the core skills she’d been building over the past two decades were more relevant than ever.

“I quickly realised that the social sector, and the not-for-profit international development world, actually needs those really core skills that you build throughout a career,” she says.

“I found that those skills and that concept could be really valuable in helping to change the mindset of young people about how they think of themselves, how they think about problems in their community, and how they can become change agents using business models – so it all came together.”

Now, over 1,000 schools have participated in the Young Change Agents programs, and they are pursuing a goal of reaching 1.5 million young people by 2025.

The team delivers a range of education programs that develop the entrepreneurial mindset, skillset, and toolset of young people aged ten to 25.

Both women are passionate about not only those aspects of the program, but also social enterprise and opportunity for all.

“The three causes that I’m really interested in are equality, environment, and education and I see Young Change Agents fitting very nicely in those spaces,” Zoe says.

Margaret is on the same page. As the founder and CEO, she embodies equity and progress, particularly within her own company.

“Like Zoe, I do have a gender lens – I’m a SheEO activator, which is an investor in women-led business,” she says.

“Only three per cent of venture capital in Australia goes to female-led organisations, and so we’re part of that global movement trying to change that."

After reading their extensive (respective) lists of achievements, Zoe and Margaret could be considered to have achieved more than most in a lifetime – but of course, both are ambitious, and are looking toward the future.

Individually, they have personal goals, but collectively there are similar, aspirational themes – focusing on change.

“I’ve kept engaged in many different domains concurrently throughout my career. It is an interesting place to be because it does allow you to see potential connections and pull different people, resources, and ideas together to create impact on a bigger scale,” Zoe says.

“A lot can be done in terms of systems change and about forming and improving education, ready for the future of work,” says Margaret.

“It’s also for the future of our world.For me, Young Change Agents is not just a program – it’s a way of changing decades-old education systems and introducing new models into it.”