It’s well after UC Capitals coach Paul Goriss has called an end to training for the day, but star players Kia Nurse and Kelsey Griffin are still pushing each other to the extreme, seeking to extract whatever they can out of each session.

For Kia, these sessions are part of her DNA. She simply wants to be the best and at the age of 24 years she is on course to become one of the greatest in women’s basketball.

Not content with leading Canada to qualify for this year’s Tokyo Olympics, being named as a starter in the U.S. Women’s National Basketball Association (WNBA) All Star team, appointed as an ambassador for Brand Jordan, or becoming the first overseas player to win Australia’s Women’s National Basketball League’s (WNBL) Most Valuable Player Award, Kia seemingly wants it all.

“My mum said from day one she would take me to school and I wouldn’t play with the kids in the playground. I would just go and line-up where the line was going to start, because when the bell rang, I had to be first,” Kia says.

Given this competitive nature, she was asked if she regarded herself to be a perfectionist; “Yes,” admits Kia, “But I know I will never achieve perfection, so that’s probably my biggest problem. It’s really about taking a challenge in everything that happens knowing it’s not going to be perfect, but I am going to try to get as close as possible. I’m always going to be my biggest critic”.

Coach Paul Goriss describes her as one of the most competitive he has ever trained, “She wants to be in every play and every possession. I have to manage her workload; she never wants to have a day off. She wants to work, she wants to improve all the time, so it’s almost like saving her from herself to ensure she gets enough rest”. 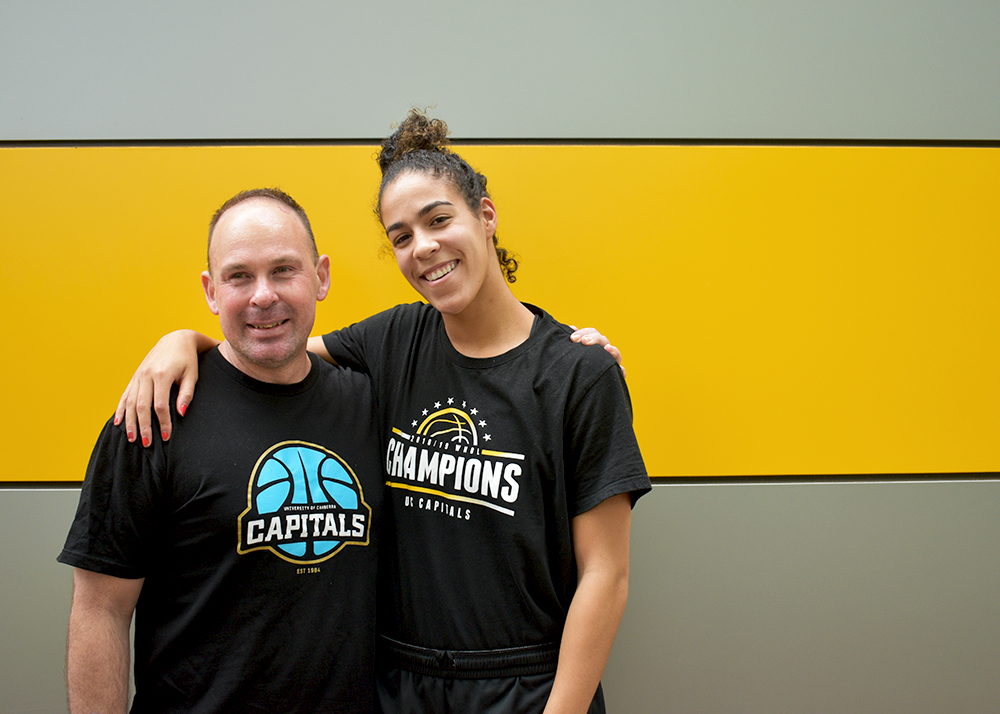 To discover what drives Kia, look no further than the influence of her family. Born and raised in Hamilton, Ontario, Kia’s father played in the Canadian Football League, her mother and sister were basketballers, and her brother is a professional ice hockey player.

As the youngest in the family, Kia was not one to be overshadowed. “I wanted to outdo everybody in front of me, I wanted to outdo my brother so I’m glad we play different sports,” Says Kia, “For me, it’s been a matter of wanting to do whatever it is to make them proud.”

“I know we weren’t the richest family in the world but my parents made sacrifices for me to be able to play every single level that I wanted to, for my brother to do the same, and also my sister.” Says Kia of her hard-working approach to basketball and her achievements; “It’s kind of a thank you to my family, my parents especially, because of what they have done to allow us to find a love in sport and to find a way to do it professionally and make a living out of it.”

Goriss regarded it as a major coup when the club signed Kia for the 2018/2019 season and then to have her return for a second season with UC Capitals despite interest from cashed up European clubs.

“It’s pretty special to get an import the calibre of Kia, to get her for not just one but two seasons. And when she decided to return for a second season I was excited because with her, we knew we could push for another championship,” says Paul.

Kia says it was her connection with the team and to the city that brought her back for a second season.

“Australia has a special place in my heart, Canberra especially, and the lifelong friendships I have with these girls. To come back to a place where I’m comfortable and know that I’m only going to get better as a person on and off the court – that was a huge driving force.”

UC Capitals co-captain Kelsey Griffin concedes she was sceptical initially about the hype surrounding Kia in the lead-up to her first season.

Kelsey had experienced first hand the attitude of many imports who come to Australia for a playing vacation in between WNBA seasons, but in the case of Kia that scepticism barely lasted the first training session; “Initially I said to myself ‘I’ll believe it when I see it’ and now I am the first to say Kia has proven Gos [Paul Gorris] right. She made an impact immediately.”

It didn’t take long for the rest of the league to fully understand the impact she could have on a game, being a key member of the UC Capitals Championship winning team in 2019. This year, on the back of WNBA All Star selection, she has taken her performances to a new level, leading the WNBL in point scoring, averaging 21.3 points a game. 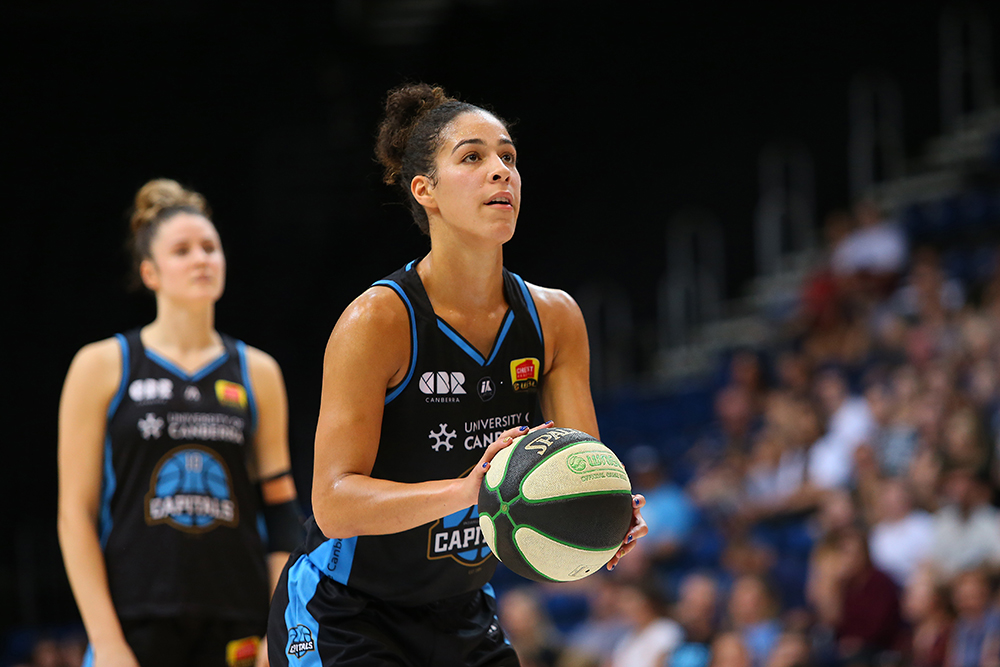 As she prepares to lead the UC Capitals into the finals campaign, Kia’s strong bond with the Canberra community is evident.

Given the influence of her family on her career, Kia paid the UC Capitals the ultimate compliment by saying that she has found another family during her time in Canberra.

The opportunity cost of women’s sport

UC Director of Sport Carrie Graf leads the call for media organisations to give women’s sport a fair go.

A life saved: an extraordinary morning for two of Canberra’s own

UC alumnus and Judo Australia CEO Alex Vallentine is preparing for the biggest challenge of his sports administration career as the global pandemic affects the sports industry.