Barbara Norman has been in love with Mallacoota since she was eight.

That’s when her family first began to travel to the small coastal town in Victoria’s East Gippsland region, sparkling sand and glimmering waters on one side, the lush magnificence of Croajingolong National Park on another.

Located at the southeasternmost tip of the country, Mallacoota is a comparatively isolated town. That isolation has contributed to a tight-knit, resilient community, Barbara says.

Like many great love stories, her relationship with the town deepened over time. “My family and I started camping there regularly, and made lifelong friends,” she said. “Over the years, we bought some land, built a mud brick cottage, then built a house.” 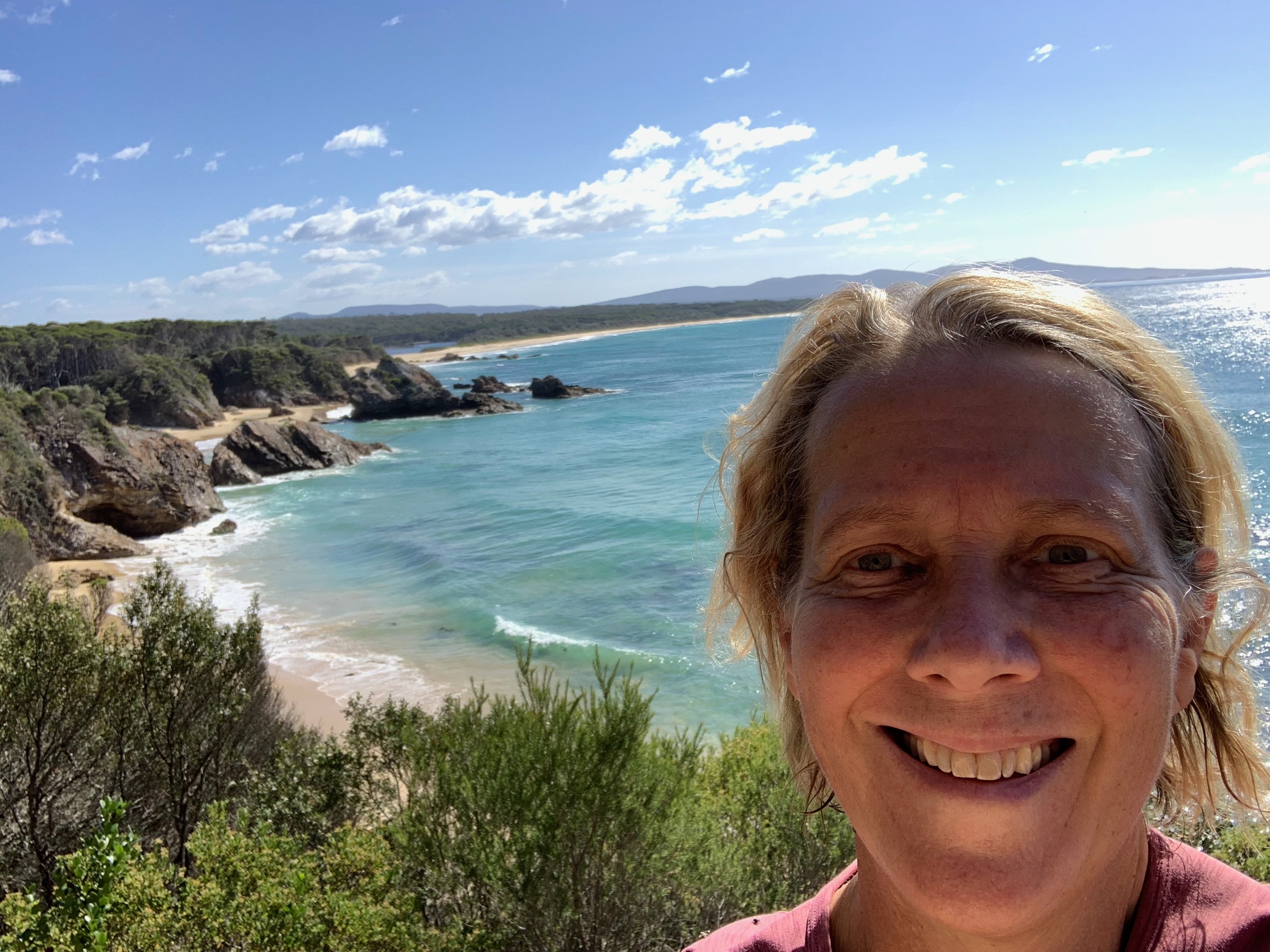 The family holiday home is where Barbara spent every Easter and Australia Day weekend. And it’s where she went every year, to write – including her latest book, Urban Planning for Climate Change, due out in late 2021 – to think, and just to be.

It’s where her family rang in every New Year, after spending Christmas at her 96-year-old mother’s Mornington Peninsula home.

But not this year.

The Professor of Urban Planning at the University of Canberra’s Faculty of Arts and Design has dedicated her life and career to sustainable urban and regional planning, constantly seeking the best ways to build communities resilient to change, while respecting the natural habitat.

It is this work that has seen Barbara become the Foundation Chair of Urban and Regional Planning, and Director of Canberra Urban & Regional Futures (CURF) at UC, a Life Fellow and past national president of the Planning Institute of Australia, Hon Member of the Royal Town Planning Institute (UK) and the inaugural Chair of the ACT Climate Change Council.

And as she spent last October at the Mallacoota family home, Barbara looked at the drought-stricken surrounds and saw the looming fire risk.

“The increasing fire risks across the country – precipitated in large part by climate change – have been foreshadowed by scientists for years,” she says. Years and YEARS.

Barbara has long advocated for better planning for coastal environments in particular, especially in the Coastal Urban Futures report. About 85 per cent of Australia’s population lives on the coast , so this is crucial in the face of environmental change and extreme weather, she says.

On New Year’s Eve, Barbara received a text message – bushfire had consumed the family cottage and the house.

Heavily impacted by the New Year’s Eve bushfires, Mallacoota was cut off from the main roads. It made headlines around the world with scenes of thousands of residents and holidaymakers sheltering on the beach under a scarlet sky, awaiting rescue by sea.

The news that they had lost the family holiday home – and the mementos within – was crushing, but Barbara’s foremost feeling was relief to hear that the tenant who had been renting the main house was safe. Her thoughts immediately went to her friends-like-family in Mallacoota.

“Many people lost so much more than we did – we have lifelong friends who have lost absolutely everything,” she says.

Not wanting to upset the rest of the family, Barbara waited till the next morning before she broke the news. 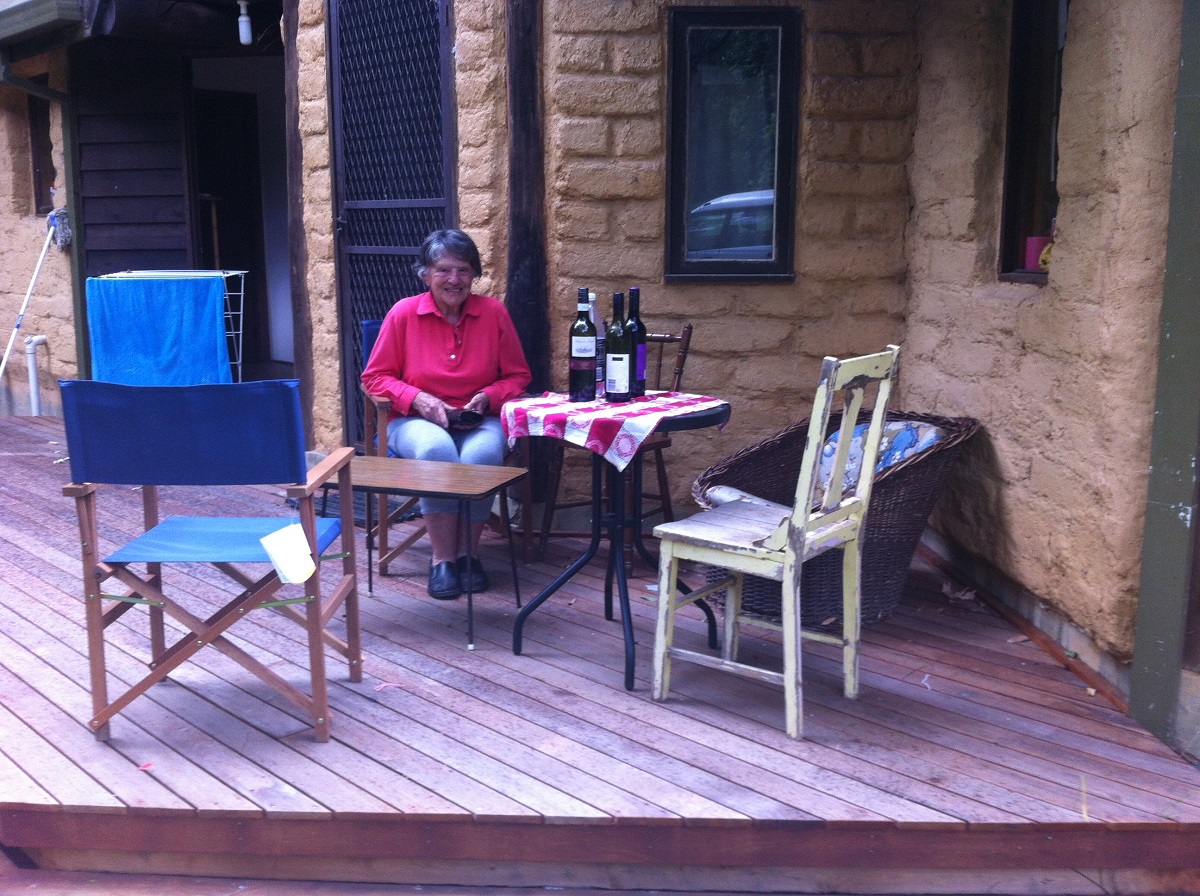 Her mother, Jean, who originally built the dwellings with the local community, was sad but philosophical – “she said she’s 96, and she’s seen a lot of sadness in her life,” Barbara says. Her brother, who owns the houses, immediately spoke of rebuilding.

Barbara wants to wait though. Rebuilding the cottage and the house is for the future, she thinks, and not just because she believes that a time to grieve doesn’t overlap with a time to build.

“Recovery will take a long time, and there are still fires burning in some places,” she says.

“I think that rather than rushing to build something new, we need to give nature a couple of years to heal. And we need to heal ourselves from the grief and anxiety – and then we can move towards building again, building better.”

Barbara is trying to channel her frustrations into good, working with researchers from other universities and the National Bushfire Recovery Agency, international and community representatives to form a collaborative response to the bushfires.

“We need to facilitate action and help for communities when they are ready, and make sure it is the kind of help they really want and need, not just what we may think is best,” she says.

That’s not to say that there is no work to do now – or that the work is only for the experts.

As we stand on the cusp of rebuilding, it is imperative that we stand together.

There’s one important thing everyone can do to help in the here and now, says Barbara. Simply: listen.

“Listen to your family and friends who have been traumatised, even if you think you have heard it seven times before,” she says. “Listen for the new things that they add to what you think is the same story, and the things they leave out in a re-telling – that’s a sign of healing.”

“Offer to help, because even if they refuse, it is the reaching out that matters,” she says.

This listening must take place at every level – individual, community, nation.

“It is only in really hearing the community that we can make sure that we are rebuilding better, introducing proper risk management policies and practices,” Barbara says.

We also need to mitigate the risk of creating white elephants, she says, which can be the result of a knee-jerk reaction when building is done without collaboration, consultation or consideration.

“Climate change is a fact, so we need creative, interesting coastal developments that will take change into account,” Barbara says. “So hasten slowly. Take the time for conversation and introspection, draw on the skills and knowledge of regional communities and universities.”

“Share knowledge and collaborate for the common good – it’s an old-fashioned notion, but I hope it’s coming back into fashion. Because we need to work together if we’re going to rebuild our urban and suburban futures in a more sustainable way.”

Professor Barbara Norman will be a panellist at the Enlighten Your Mind: Exploring the 'New Normal' event on Monday 9 March 2020, part of the ACT Government’s Enlighten event. Join host author and activist Sarah Wilson and a group of UC experts as they explore what constitutes the ‘new normal’, and how quickly the human brain adjusts to change. Click here for free tickets.