Anirudh Balaji grew up watching favourite Bollywood stars on the screen and dreaming of a life where he was the leading man. Little did he know what the future had in store for him.

In his own words, UC alumnus Anirudh shares his journey to Bollywood stardom, and how a life constantly on the move inspires him to follow his dreams.

My adventures began in a small sleepy town of Vellore, Tamil Nadu. I moved to Bangalore when I was one and have been on the move ever since. I had a wonderful childhood, which was consumed with cricket, much like all Indians, both young and old. Whether I was watching it, playing it, or talking about it, it was always on my mind.

But I had another interest, and was constantly glued to the screen, watching the exploits of the Kannada film industry’s biggest superstar, Dr. Rajkumar. While watching films, I was lost in my own world and carefree.

Being told we would be moving to Australia because my dad had found a great job opportunity made no impact. I went back to the screen and was lost in the world in front of me, having just discovered Superman and The Jungle Book.

Shortly afterwards I was disembarking a plane in Alice Springs, Australia. Bangalore was known all over India for its weather and lakes. Situated on hills it was cool and breezy, with the hundreds of lakes ensuring it was pleasant all-year round. Alice Springs couldn’t have been more different from the world I once knew – it would reach 45 degrees in the shade during summer.

It took a blast of the hot desert wind to knock me out of my daydreams, where I was either a cricket superstar or Superman. The shock of the radically new surroundings lasted a long time. The overbearing heat made clothing quite bothersome and it was not an uncommon sight to see women shopping in bikinis and sarongs. Soon, my shock of the new surroundings was replaced by a culture shock. But soon I discovered people here liked cricket as well, and I started making new friends, found Taekwondo classes and I was one step closer to becoming Superman. All was well in my own world once more.

However just as I was settling in, a new move was on the cards, this time to Adelaide, where we spent just a year. Next was Brisbane, and a turn to a warm tropical climate. Constantly moving showed me first-hand how much of a diverse melting pot Australia truly was. It gave me the chance to meet a wide range of people from different backgrounds, but all of them welcoming and hospitable. Despite moving around constantly, my interest in films kept growing.

My final move in Australia was to the capital, Canberra. I settled in very quickly, having moved so many times, I was used to the constant change in scenery. I completed year 11 and 12 at St Edmund’s College, and my time there went by blissfully. I had settled into the Aussie way of life and had a lot of good friends.

The Indian community had grown, and the Kannada Association was very active in Canberra. However it was my time at the University of Canberra where my interest in films really grew. The student network gave me access to hundreds of movies and TV shows, and I watched them all. I couldn’t get enough. I needed to feed my knowledge of every film possible, and my love for them grew exponentially.

During a trip to India I met a friend of my uncle’s, a director. I would speak to him at great length about films and during one of our conversations he suggested I would be great for a role in one of his upcoming films. In my usual habit of leaping without looking I agreed, despite the fact I lived in Australia, and was in the middle of my studies. Over the next six months the film was shot and I returned with a new direction seeded in my mind – I wanted to act.  I completed my studies in Marketing Management and took the step to make my love for movies into a full-time profession. 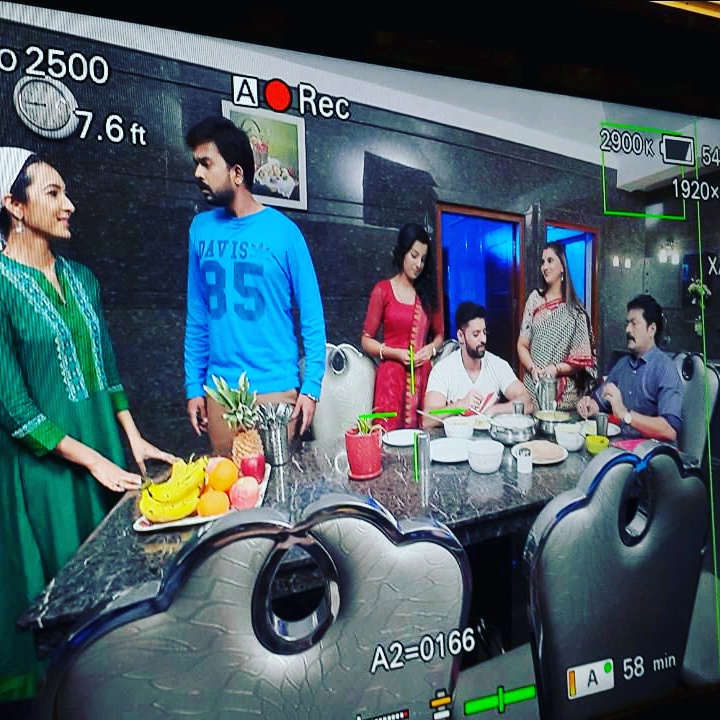 My final move was back home to India where I based myself in Bangalore. I pursed diplomas and training in the film line in both Mumbai and Chennai in order to network with the industry.  It took just over a year before I made it through one of my auditions and was finalised for a television serial.

Hundreds of episodes in television and a few films later, I’m now planning my next big move to Mumbai, the city of dreams.

I’ve been on the move for a long time now, inching toward making my daydreams a reality. Unfortunately becoming a cricket superstar didn’t work out, and neither did being Superman, but the movie star dream is looking more probable.

A warrior for the integrity of sports

UC Assistant Professor Catherine Ordway is determined to do whatever she can to protect the integrity of sports – and her PhD is the latest weapon in her arsenal.

A personal PhD journey, with the potential for huge impact

Dr Joe Northey has already proven to be a trailblazer, being the first in his family to go to university. Now, he has been awarded with a PhD from the University of Canberra.