University of Canberra third-year graphic design student Stewart Weigand has a keen eye for detail, a disciplined approach and a creative streak that will take his design aspirations to new heights.

Stewart was the winner of the 2018 BMW Design A Wrap competition, a partnership with BMW Rolfe Classic, that has been running as an Identity Systems Unit assignment in the Faculty of Arts and Design at UC for the past two years. His winning creation was designed for the new BMWX5 GO5 model launched at the end of 2018. 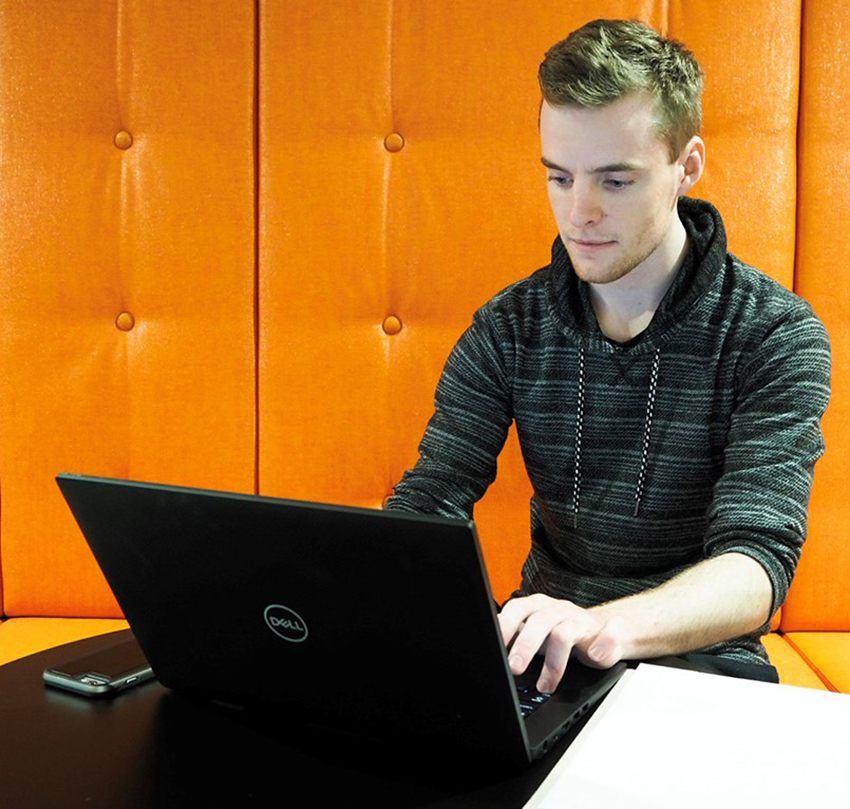 The showroom floor model, donned in Stewart’s design, was conceptualised and perfected after hundreds of hours poring over sketches and many design applications, using Adobe Illustrator as the preferred software of choice.

“It took me a while to nail the design. I went through a lot of ideas and concepts mainly because I wanted to create the ideal design that would cohesively merge my thinking with BMW’s brief,” said Stewart.

The brief was very clear. BMW wanted an iconic design for the showroom model that would align with the BMW brand and represent the new car from both technological and design perspectives.

Through a process of iterative experimentation, problem-solving techniques and tapping into BMW’s brand colours of red and blue coupled with the shapes seen throughout the interior and exterior of the car, Stewart’s final design uses complex geometric transitions to attract the viewer’s eye to the car. This highlighted the car’s integration into the technological era of connectivity and Artificial Intelligence – key features of BMW’s new X5 GO5 model. 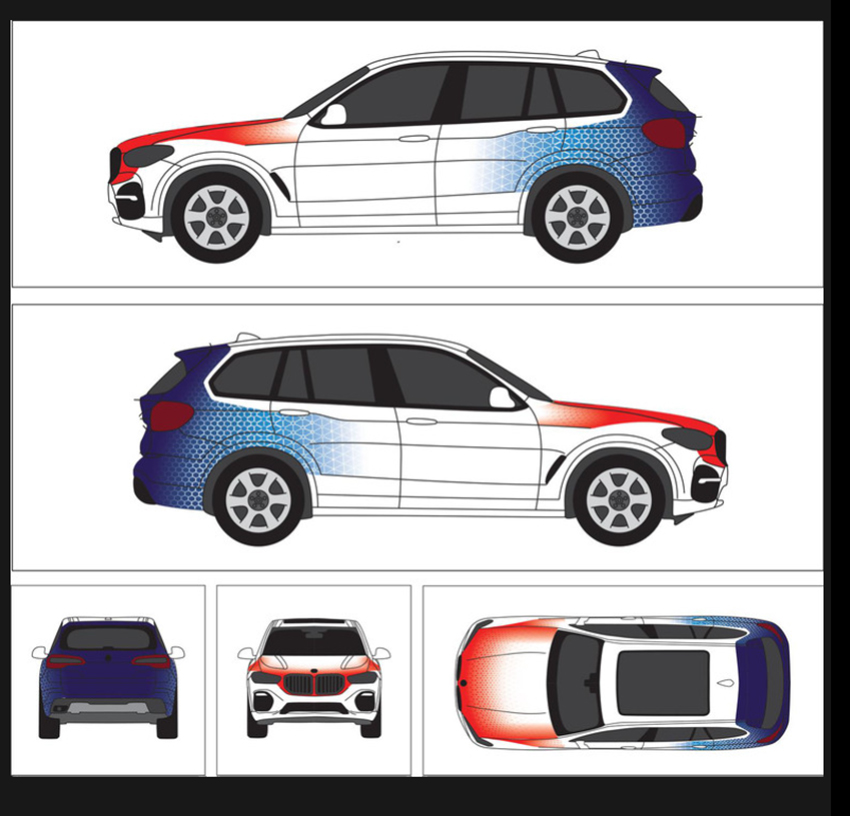 “I was inspired by the Hofmeister Kink, the Sicka door lines and the infamous BMW Kidney grill,” he said. “The BMW Vision Next 100 concept car – and specifically the triangular red accents around its front wheels – further informed my design concepts.”

Stewart refined his design after receiving feedback from BMW and ROJO Customs on the initial prototype design presentations, which proved essential to developing his final concept that was presented to BMW at the end of the Semester.

“I took their suggestions seriously and set about reconfiguring my design to align with their suggested design and colour adaptations,” said Stewart.

“It was good to win the competition although it was a bit of a shock. There were some really good concepts and designs presented to the client, so the competition was hotly contested,” he said. 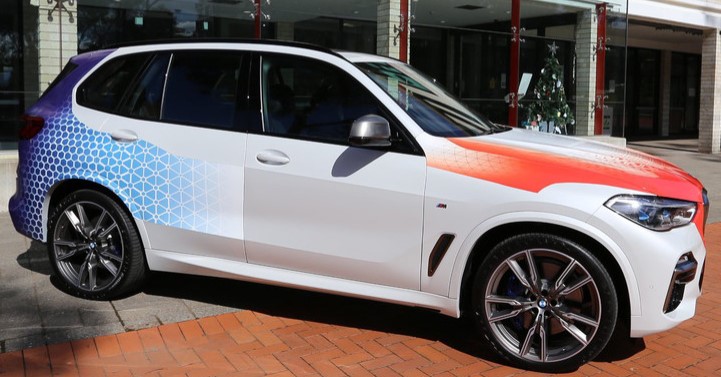 Stewart’s passion for design is clearly significant to how he views life. As a young Griffith schoolboy, Stewart was already showing his creative talent and genius in design during his school years. When it was time to decide on his studies, he thought engineering would be a good outlet, for his creativity to influence engineering solutions. Then he looked at architecture – another wonderful career option for his creative mind, but he finally settled on graphic design and chose to enrol at UC.

“When asked what I wanted to do for the rest of my life, I narrowed it down to the best of my ability. I really had no idea, so I took a gamble and chose graphic design. It was the best decision I could have made,” said Stewart.

He speaks highly of his student life at UC, having spent the first two years of his studies staying on campus.

“I enjoyed a good social life and was able to attend every class, which helped a lot as I was able to build relationships and really get a grip on the different course units I was enrolled in,” he said.

Stewart is disciplined and a perfectionist at heart – ideal qualities for someone who has aspirations to enter the world of motorsport to work on the vibrant livery associated with it.

“I used to race go karts and a number of my friends have moved into motorsport. This has given me the opportunity to design some livery for their vehicles, which is a nice connector for my portfolio,” he said.

“I am currently helping a friend who is working on his Porsche 911 Carrera Cup car and this assignment was a good progression to working on his car livery design.”

Stewart had some advice for future design students, who may be working on a similar assignment as part of their Identity Systems Unit.

“Make sure you understand and interpret the brief accurately. Work with the client, giving them something that they want and then add a little flair, so you stand out more.”

The future looks bright for Stewart as he enters the final semester of his degree. He is already working part time for ROJO Customs, honing his design skills and gaining essential knowledge and experience.

Painting his own student journey

Jamie Leonard wants to use his art to help create not only visually appealing pieces, but a special community at the University of Canberra at Open Day on 31 August.

An authentic welcome for all

With their research focusing on the workplace experiences and career development of gender diverse individuals, UC researcher Robin Ladwig says that being inclusionary is simply about creating a place in which everyone can be comfortable, and no one gets left outside alone.

A multi-disciplinary journey of discovery

Are environmental activists born? Or are they grown out of a need to raise awareness of conservation issues? University of Canberra's Anji Perera is hoping creative and innovative environmental communication solutions will translate into engaged communities .