For many students, a trip to Kuwait might not be on the top of the bucket list. In fact, Mitchell Launder had never even considered travelling there. That was until last October when the Kuwait Embassy offered University of Canberra students the opportunity of a lifetime – an all-expenses paid trip to the country to meet with government officials and high-level executives.

Mitchell, who at the time was completing his Honours year in Literary and Cultural Heritage, was one of two UC students who travelled to the country for the week-long stay alongside students from other Canberra universities.

Mitchell says that throughout the trip, the group was able to participate in ‘eye-opening’ activities and bring back lessons and information that could be applied to their courses of study.

“We got to do a lot of really unique things that took me to a new level in terms of professionalism,” Mitchell said.

“There were a lot of opportunities to mesh in a more professional environment with like-minded people, which showed me that I am capable of doing these types of things and coming across as professional myself.”

“Getting to talk to the people we spoke to – CEOs, Members of Parliament, ambassadors – was an experience that we wouldn’t get anywhere else.”

In order to be accepted on the trip, Mitchell had to complete a questionnaire that was emailed out to students. Questions included asking why he was interested in attending, what he was studying and what he could bring to the trip. He said that being accepted came as a shock, because he knew of quite a few people that had applied to the program.

Mitchell found out that his application had been successful a month before the trip was due to leave Canberra. Prior to leaving, the group went to the Embassy of Kuwait in Canberra to meet with the Ambassador and learn more about the trip.

Once they arrived in Kuwait, the group was exposed to multiple cultural experiences and traditional meals and ceremonies.

“One night, our guide took us out to the desert,” Mitchell said. “We went to a camel farm and tried fresh camel milk – it kind of just tastes like normal milk, but saltier.”

“Later that night, we went out to our guide’s father-in-law’s sheep farm, which is about 10km from the Iraqi border – we could even see the lights at the border. There we saw the slaughter of a sheep done according to halal tradition.  The sheep was then cooked for us to eat at dinner.” 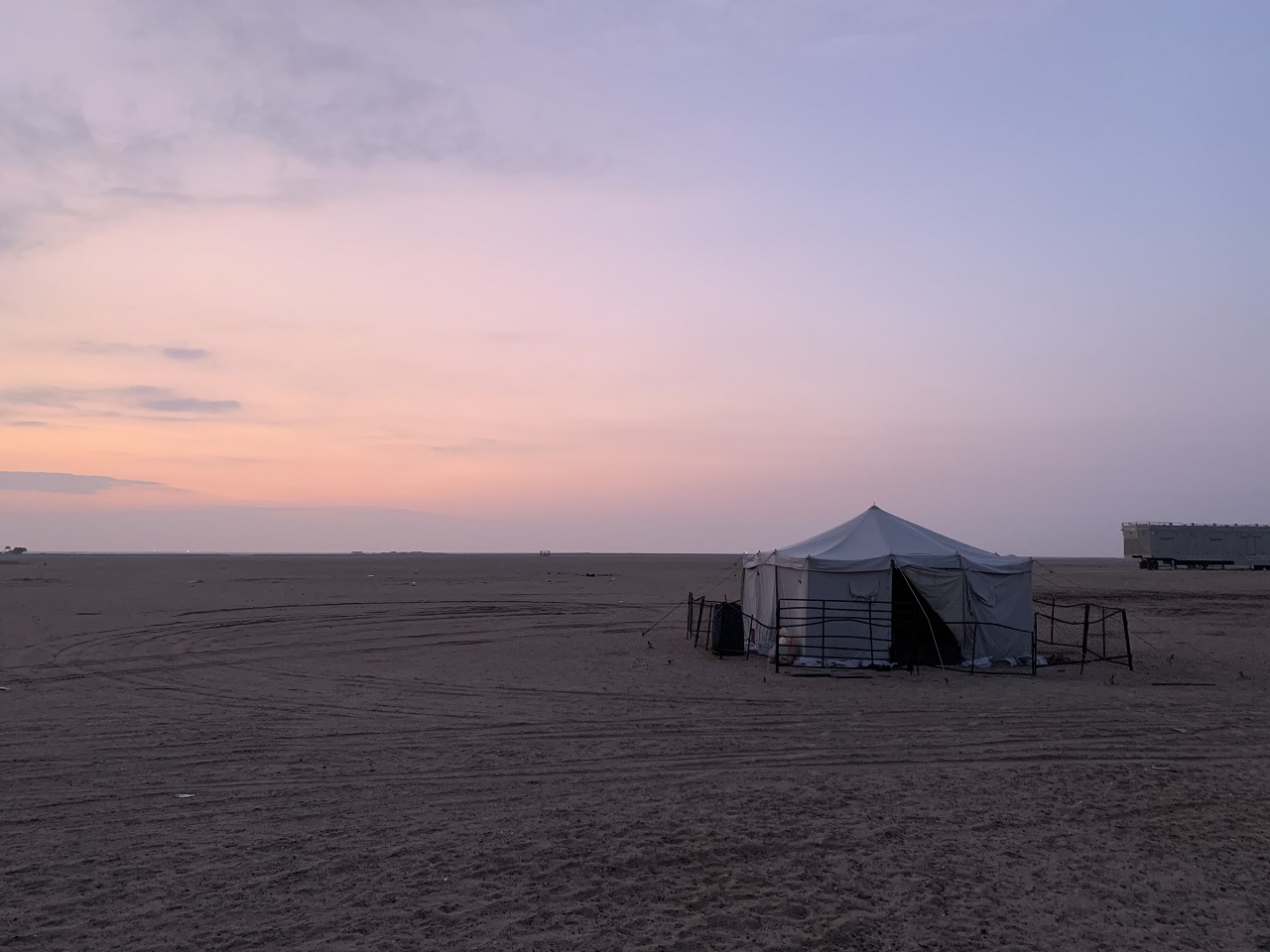 Mitchell says another memorable experience for the group was the opportunity to attend the opening of an exhibition of Aaron Villiers’ photography. Aaron is an Australian photographer who lived in Kuwait for several years and during that time detailed a lot of Kuwait’s early 20th century maritime trade and sailing.

“It was a joint exhibition with the Australian Maritime Museum so we were able to hear the head of the museum speak,” Mitchell said.

The group was also hosted by the Australian Ambassador to Kuwait at his residence.

“After we arrived in the country, His Excellency invited us for a dinner at his house, where he explained the Australia-Kuwait relationship and the part we would play in that during our time there,” Mitchell explained.

The dinner wasn’t the only exciting surprise. During the trip, Mitchell was interviewed on live television about the visit and what it was like being an Australian in Kuwait.

In their down time, the group went sightseeing, ate pizza and met locals. One local even recognised him from his television appearance.

“While it didn’t feel like a holiday because we were doing a lot of official stuff, we still had a lot of down time and opportunities to explore on our own,” Mitchell said.

“We never felt as though we were unsafe or stuck anywhere. Everyone we met was so respectful and welcoming.”

Of course, as with any trip, not everything went to plan. Throughout the week, the students had tour guides with them – most of the time. Headed to a museum, Mitchell was in a van without a guide, which ended up taking a slight detour.

“We pulled up outside what we thought was the museum we were going to. We walked into the building and were greeted with tea and told to sit down,” he said.

“We were having a great time chatting and talking to everyone in the room. Eventually we asked where the rest of our group was. We were met with blank stares.”

“It turns out we had randomly walked into someone’s house! We discovered afterwards that we had enjoyed tea with one of the oldest and richest families in the country.”

Mitchell says the trip was life-changing, and he’d recommend it to anyone if the opportunity arose.

“It was a really great trip. The Embassy of Kuwait did so much for us and everyone we met was really friendly,” Mitchell said.

“The scope of people we met and life experience we gained was so unique and a once in a lifetime opportunity.”

Taking a gamble to study design pays off

Visual Communication Design student, Stewart Weigand, has a keen eye for detail and a creative streak that will take his design aspirations to new heights.

Painting his own student journey

Jamie Leonard wants to use his art to help create not only visually appealing pieces, but a special community at the University of Canberra at Open Day on 31 August.

For some Faculty of Health students, a faculty-led trip to Nepal changed life perspectives, altered potential career trajectories and expanded their dreams of affecting whole communities.