At this year’s Lights! Canberra! Action! awards, University of Canberra alumna Ashley Parker was recognized in two categories – Best Cinematography and Best Female Filmmaker. The latter is a title she’s incredibly proud of, but one she hopes isn’t necessary in the future.

Ashley wants her cinematography career to be one where she is on an equal playing field with others, regardless of her gender.

Since graduating at the end of 2019 with a Bachelor of Media Arts and Production and Honours in Arts and Design (specialising in cinematography), Ashley has continued to pursue her passion of making films.

“One of my first subjects at uni was Introduction to Cinematography, and I honestly almost failed it,” Ashley says.

“It seems crazy because now that’s all I do.” 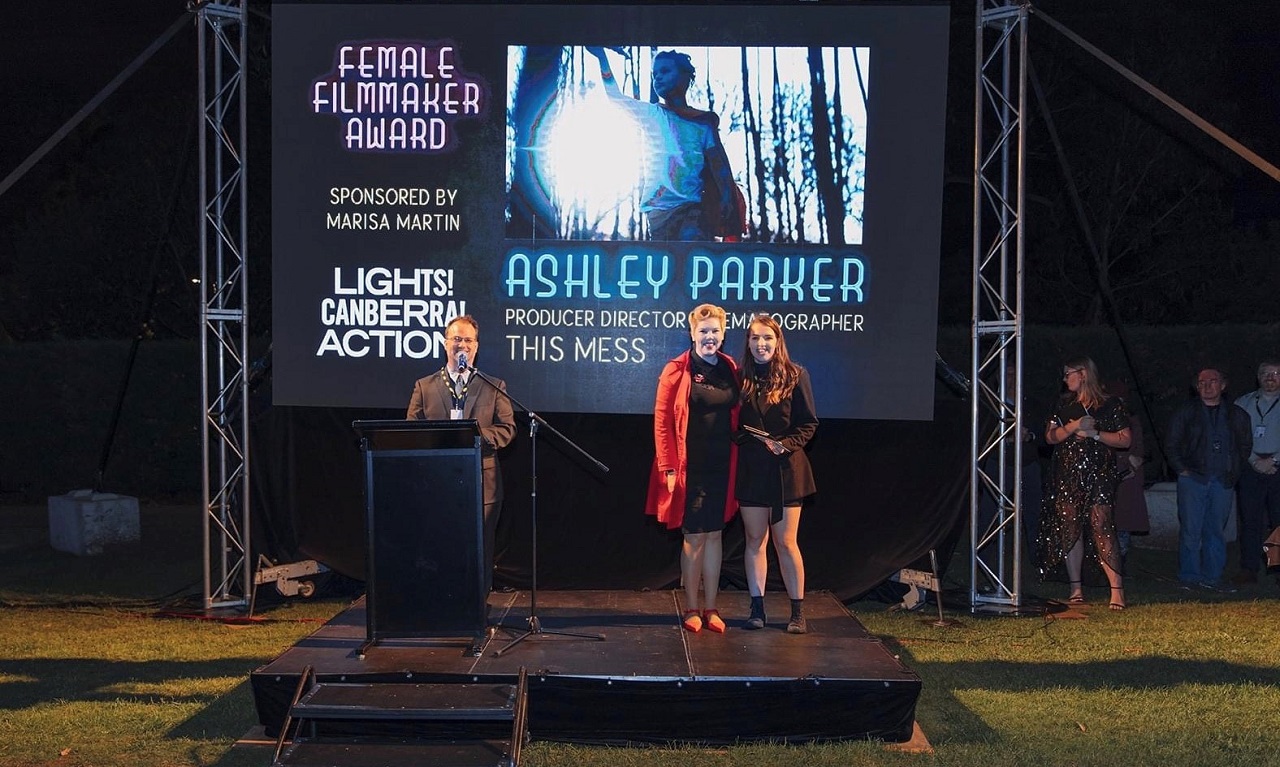 The film that won her the titles, This Mess, used the summer bushfires and smoke in Canberra as inspiration for a deeper message – fixing the climate crisis.

It follows the story of a young boy who can’t play outside because of the bushfire smoke. As a result, the bedroom he is playing in gets messier as the smoke gets more dense. Ashley uses visual storytelling techniques to draw parallels between the two situations.

“The bedroom is a metaphor for what is going on in the outside world,” Ashley says.

“There’s very little dialogue so the way the story is told is purely through the imagery. People can take on their own meanings, which I quite like.”

Proving to be a bit of an all-rounder, Ashley filled many roles during the production process of This Mess and even ended up directing it herself when she couldn’t find a suitable director in time.

Clearly not one to let anything get in her way, Ashley looks at her upbringing in the rural town of Yass as an advantage. During her 45-minute drive to get to uni each day, she says she listened to cinematography podcasts and plotted out short films in her head.

Even during her country upbringing, Ashley says there was always something that drew her to cinematography.

“I spent a lot of my spare time in high school making basic films and forcing my family members to act in them,” she says.

“I’d go and sit down and edit the films together with absolutely no idea about what I was doing, and now I look back and think those films are rubbish – but they’re the ones that started my passion.”

When a friend started at UC during her final year of high school, Ashley was exposed to the facilities and courses that confirmed her decision.

“When I was in Year 12 I got to come and see all the TV studios, the computer labs, and the green screens at UC and straight away, I knew it was for me,” she says. 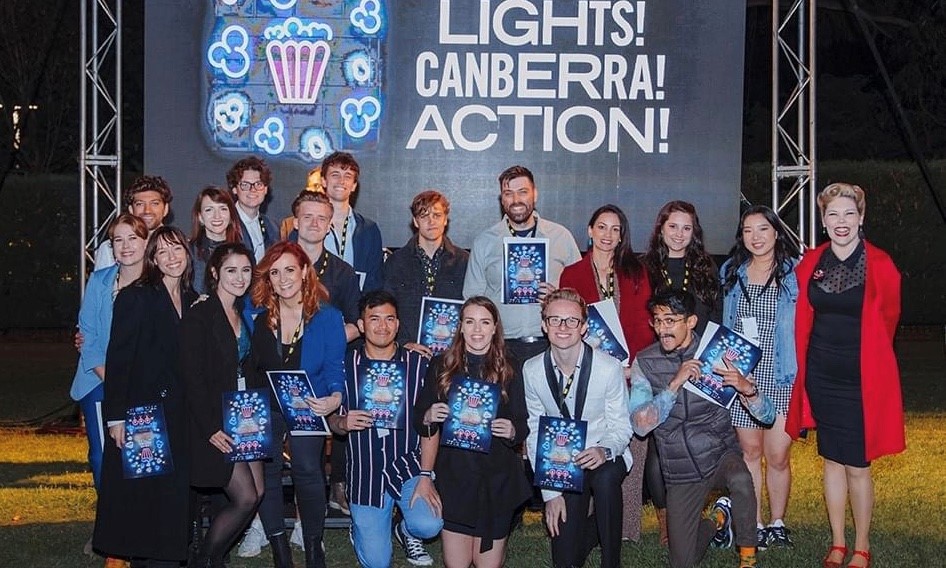 So what advice would she give to other people who are thinking of studying to become a cinematographer?

During her time studying and since graduation, Ashley says she turned to her tutors and supervisors, as well as her fellow students to create genuine connections within the industry.

They came back to her with networking opportunities with some of Australia’s top filmmakers, and Ashley says those experiences are what got her where she is today.

“I never approached it as being a female trying to get into the industry – I just went in as someone that wants to be credited on my abilities and skills, rather than the fact that I’m a girl,” she says.

“Tackle it like you’re just another filmmaker and call people out if they’re not cool about it.”

And even though the statistics are all against her – just two per cent of cinematographers are female – Ashley is optimistic that she’ll have a successful career.

She plans on continuing to network and working on as many films as possible – without boundaries.

“The fact of the matter is that I’m going to make good films and bad films, but every one of them is a learning opportunity,” she says.

“I have an end goal, so I’m going to take everything that comes my way and keep working towards it.”

Words by Elly Mackay. Photos by Branka Prodanovic and supplied.

Embark on your own university journey with UC's Faculty of Arts and Design. Find out more about the many degrees available here.