University of Canberra alumna Alkira Reinfrank says she didn’t always want to be a journalist. Yet she finds herself a world away reporting on the unfolding political machinations in Hong Kong.

In the same way as her mum, aunty and uncle did before her; Alkira attended Aranda Primary School, then Canberra High School, followed by Lake Ginninderra College. She’d set her sights on working in television or film production following a school-organised work experience with Channel 10 in the Press Gallery at Parliament House. Journalism was very much at the back of her mind.

Her double degree at the University of Canberra followed. A Bachelor of Media Production and a Bachelor of Arts, majoring in advanced media arts, journalism and communications, provided a basis for Alkira to contemplate a number of career pathways; “At the end of the day, all I knew at the beginning of my degree was that I wanted to be a storyteller. The medium for me didn’t really matter so that’s why I studied both production and journalism.”

During her time at UC, Alkira accepted every opportunity. She won the Peter Leonard Scholarship for broadcast journalism, which included a period of work with Win News, and engaged in three overseas exchange programs and an internship.

The internship involved a two-week stint at the ABC Canberra bureau. 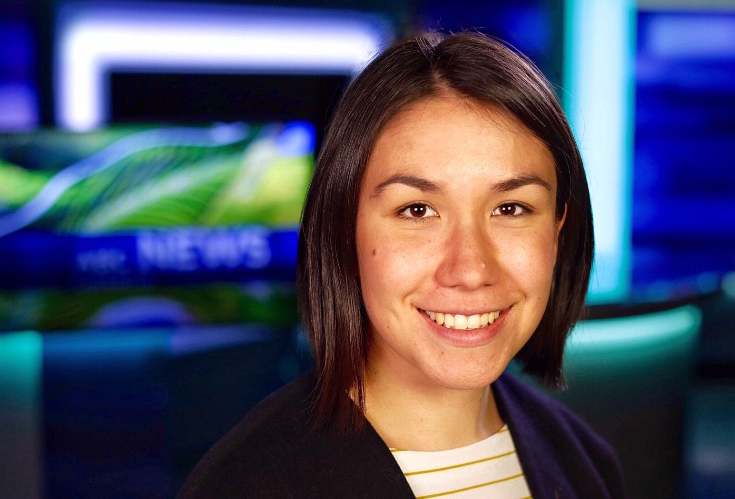 Before long, she was working as a casual employee in the newsroom, followed by a full-time role at the ABC. Alkira recalls, “During my final semester at UC, I was working full-time at the ABC and studying full-time. And I had a casual job on Saturdays in case things didn’t work out with the ABC. So it is safe to say I became very good at multi-tasking during that period.”

Alkira ended up being with the ABC for three years covering digital, television and radio news.

Yet memories of the UC exchange programs were still fresh in her mind, so Alkira set her sights on working overseas.

“Studying abroad at UC gave me the confidence and contacts to uproot my life and move overseas. I think the exchange semester is one of the most important things you can do while at university. It opens your eyes to the world and the people in it."

As things unfolded the world was closer than initially envisaged; “I always thought I would end up in Europe, but the right opportunity presented itself in Asia and I have never looked back.”

The opportunity of which Alkira refers was at the South China Morning Post, long touted as Hong Kong’s newspaper of record. For Alkira it was the perfect transition away from reporting purely on domestic issues in Australia; “Most Australian journalists try and make their way to Canberra being the home of politics, but since I grew up in Canberra, I always had the sense that I wanted to get out of the city for a while. I always had my eyes on something bigger.”

Hong Kong has a gritty, fast paced lifestyle. It’s at the crossroads between East and West; a melting pot of people life descending on the city, and calling it home. It is a fascinating political juncture as a centre for global affairs.

Alkira’s current role at the SCMP is as a production editor with the culture team specialising in multi-platform storytelling and digital production for long-form stories. “With the features team I have slept in a renovated water pipe overnight to highlight the city’s worsening housing crisis,” she recalls. 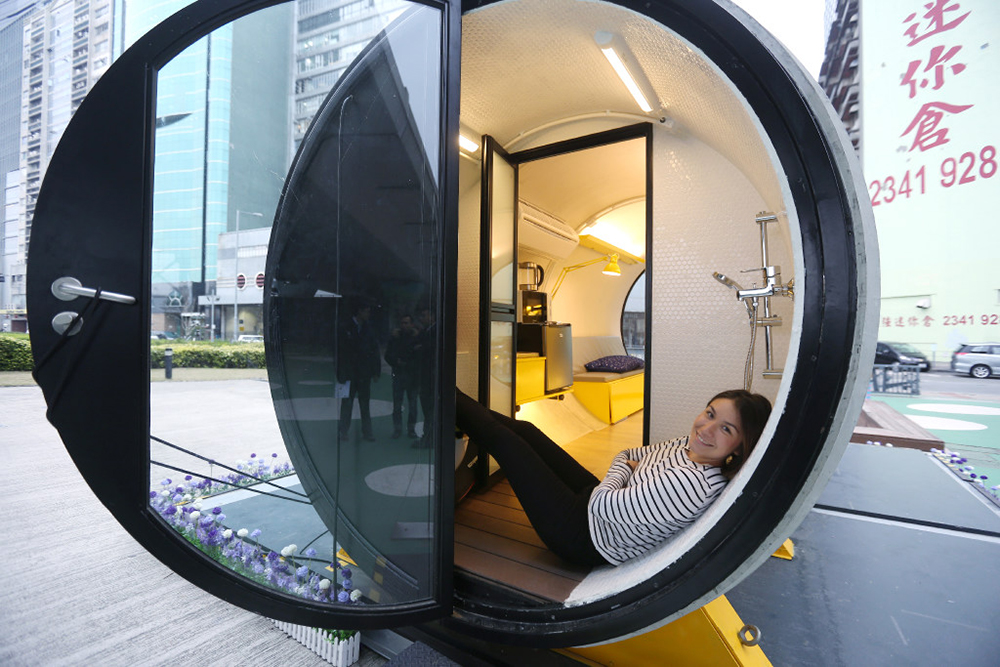 Her previous experience at the ABC though comes to the fore in breaking news situations as she has the ability to jump on camera for coverage of live events. And the live events have propelled her onto the world stage.

“During the typhoon, I was on the ground doing Facebook Live coverage for our followers, I then got a call-up from BBC World News and ABC News 24 to do live crosses from the eye of the storm.” 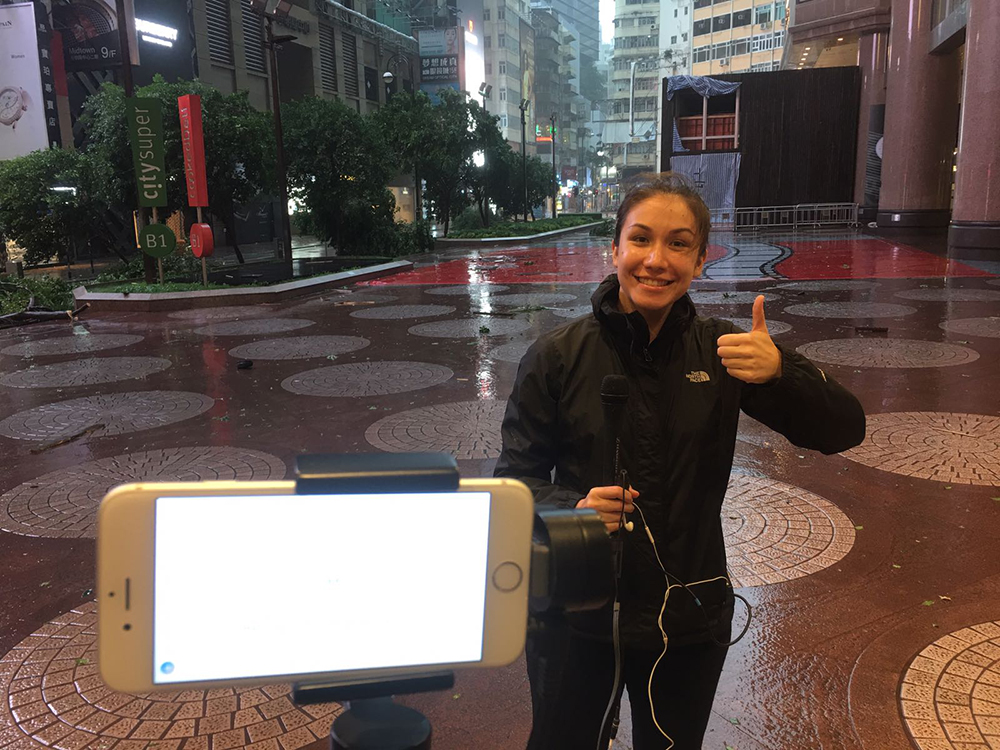 Alkira’s coverage of the typhoon was quickly replicated in recent weeks by her reporting of the extradition bill, with up to two million people taking to the streets to protest against it during one march. She says, “It has been extremely confronting to cover. Seeing young people your own age mobilising so quickly and being ready to fight the bill. They are putting their futures on the line by trying to fight the government and the police. It really hits home. There is an air of desperation among young people.”

Alkira’s tweets during the marches went viral as she recalls,  “I was called up by multiple international media outlets to report on the unfolding events.”

Reporting on these episodes displayed her talent for telling a story under tough conditions on a range of media platforms. But Alkira has reflected upon these experiences and now knows vaguely where her future lies; “After covering Typhoon Mangkhut and the current protests I know I want to move back into news reporting. So I think it will be my next step”.

Although the details of her next step remain unclear, for Alkira there is certainty about the role UC has played in her life and career; “My time at UC was crucial to where I am at today. It was at UC that I found my passion for written and visual storytelling”.

It is a passion and talent on display for the world to see.