Many Aboriginal peoples believe that a child should be born on the lands of his or her ancestors, thereby ensuring a spiritual connection.

And birthing and being ‘Born on Country’ can mean significantly improved health outcomes for Aboriginal mothers and babies, says Karel Williams – even reducing the odds of pre-term births by 50 per cent.

“The Brisbane Birthing in Our Community program is a pilot trial for a Birthing on Country model of care, and a study found that women receiving care under it saw their risks of a pre-term birth halved,” she said.

Under the pilot, there have been fewer caesarean sections, instances of infants with low birth weights, and babies admitted to the neonatal nursery; there has also been an increase in antenatal care, normal birth and breastfeeding rates.

This outcome is both remarkable and significant.

However, in a joint position statement on Birthing on Country, the Congress of Aboriginal and Torres Strait Islander Nurses and Midwives (CATSINaM), Australian College of Midwives and CRANAplus (the peak professional body for Australia’s remote and isolated health workforce) noted that “overall progress has been slow and inconsistent, and has not equalled improvements in health among non-Aboriginal Australians.”

This year, researchers from the Mater Research Institute found that 84 per cent of Aboriginal child deaths occur in the first year of life; 56 per cent of these are from perinatal conditions, like pre-term birth.

“There is growing evidence that inequitable health trajectories start early, and that pregnancy, birth and early childhood are critical periods for both mother and infant,” Karel says. “This highlights the importance of maternity services across the country. There is significant unmet need in rural and remote areas.”

An Aboriginal midwife whose family roots lie in the Palawa and Western Arrernte Nations, Karel is currently undertaking a higher degree by research at the University of Canberra.

She completed her Bachelor of Midwifery at UC in 2014, and was the inaugural recipient of the Tom Calma Medal. 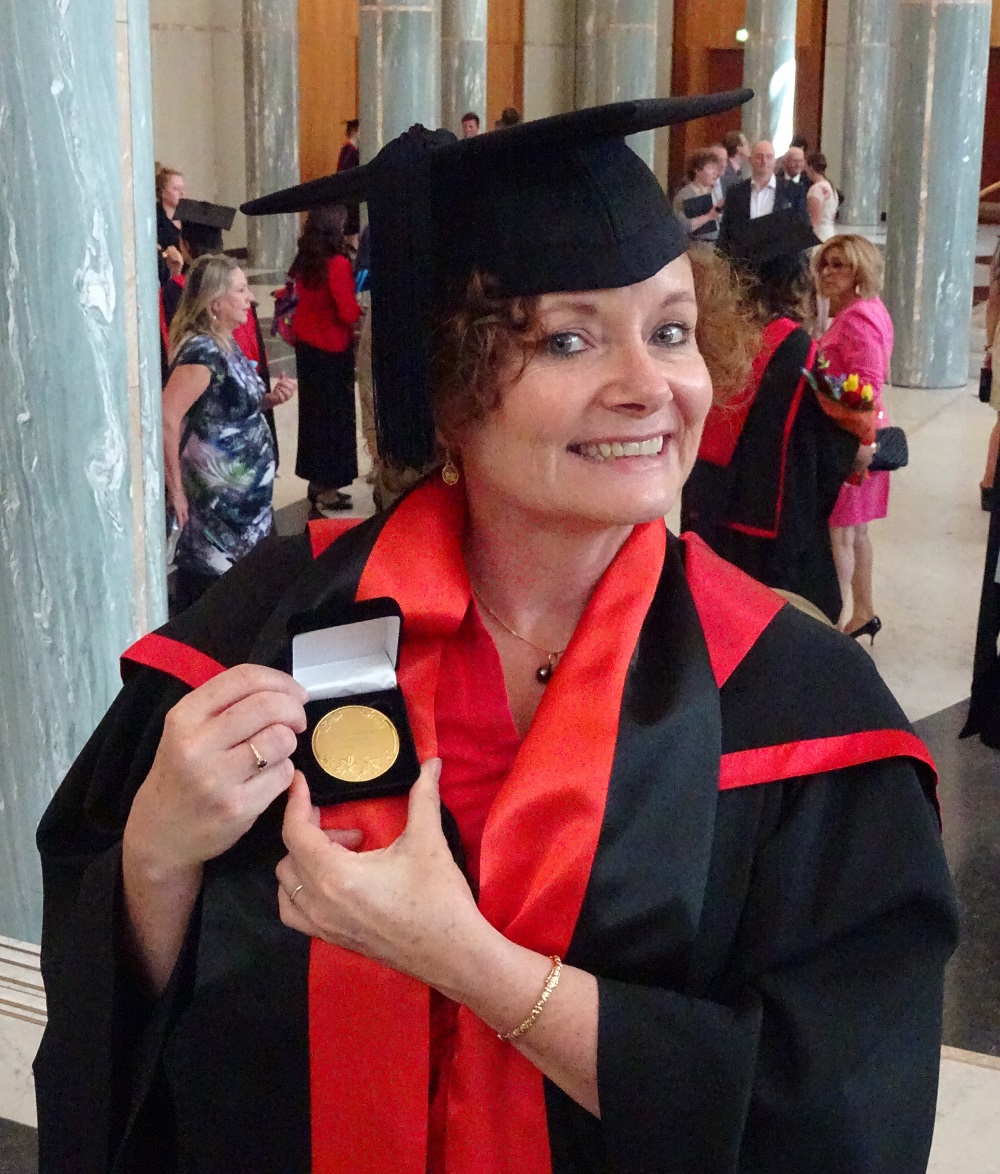 Prior to undertaking her bachelor’s degree, Karel had a long career in Aboriginal and Torres Strait Islander policy and program areas in the Australian Public Service.

Recognising the role that Birthing on Country plays in positive outcomes for mother, child and community, Karel has long advocated for the inclusion of cultural safety in midwifery practice – including as the CATSINaM representative on the working group that recently revised the Code of Professional Conduct for Midwives.

“Birthing on Country is a metaphor for giving Aboriginal babies the best start in life,” she said. “Aboriginality is connected to land, spirit and country, so it’s believed that a child born ‘off country’ will not have that connection, and therefore, not thrive.”

“It needs to be recognised that Birthing on Country occurred for many thousands of years before women were removed to give birth in other settings,” she adds. “From a historical perspective, it is a relatively new phenomenon to not do so. In Canada, this model has been successful for Indigenous mothers for decades.”

The modern healthcare system means that more Aboriginal babies are being born in hospitals, and so the understanding of Birthing on Country has now morphed – if you can’t be on Country, bring Country with you.

Bringing Country into the birthing space can differ among individuals and communities – it could mean having the large, extended family in the birthing space with her, bringing plants or earth from ancestral lands, or holding a welcoming ceremony for the baby.

“This is especially important when you consider the experiences of women from remote communities, who often have to travel for hours, alone, to get to the nearest hospital,” Karel said. “It’s about being culturally safe – if a woman feels safe, it’s going to be a better birth, with less stress on mothers and babies.”

“The Canadian model has shown that when women give birth in their own environment, in their communities, with their families around them, it contributes to reduced community dysfunction in the long run,” Karel said.

While a birth centre is medically equipped, it’s also designed to be more home-like and less clinical. They’re designed for women who intend to give birth without intervention, but medical support is available if needed.

“Under an Indigenous governance framework, midwives work in teams and with individuals, so that no mother or mother-to-be is a stranger to them,” Karel says. “Aboriginal communities need midwives with knowledge of Aboriginal histories and cultures.”

Birthing on Country models can be easily incorporated into any setting, Karel says – it just requires awareness, advocacy and political will.

“In the long run, this is a cost-saving, effective and meaningful model to help truly Close the Gap for our communities,” she says.

Check out some favourite ANZAC reads from the National Centre for Australian Children’s Literature – books that spark discussion, and build understanding and empathy.

The future is female: girls in STEM

The University of Canberra is working with the Canberra Girls’ Programming Network to ensure that young girls not only have opportunities to meet female role models across academia, government and industry, but also feel equipped to enter the STEM industry.