‘Razor’ Ray Chamberlain is considered a great in the Australian Football League umpiring world – but his involvement in the sport was a complete fluke.

Raised in a family of National Rugby League tragics, Ray’s great uncle represented Australia and played for the St George Illawarra Dragons when the team was dominating the sport in the 1960’s.

It was not in question that Ray would join in on the family’s obsession – if his father could just find the time to sign him up to the local footy club.

“My Mum was constantly saying to my Dad, ‘when are you going to sign Ray up?’” Ray recalls.

“I got to five years of age and my Dad was busy working so my Mum cracked it, threw me in the car, and took me down to the football registration.

“Next thing my Dad knows, he rocks up to my first game, gets out of the car and there’s four goalposts on one side of the field and four on the other and he says: ‘What did you sign this boy up to?’”

Years down the track and Ray is one of the most successful umpires in the sport and has just been inducted into the University of Canberra’s Sport Walk of Fame. The family are also mad Sydney Swans fans and follow the game passionately.

Despite playing the sport since he was five, it was never Ray’s intention to become involved as a umpire. 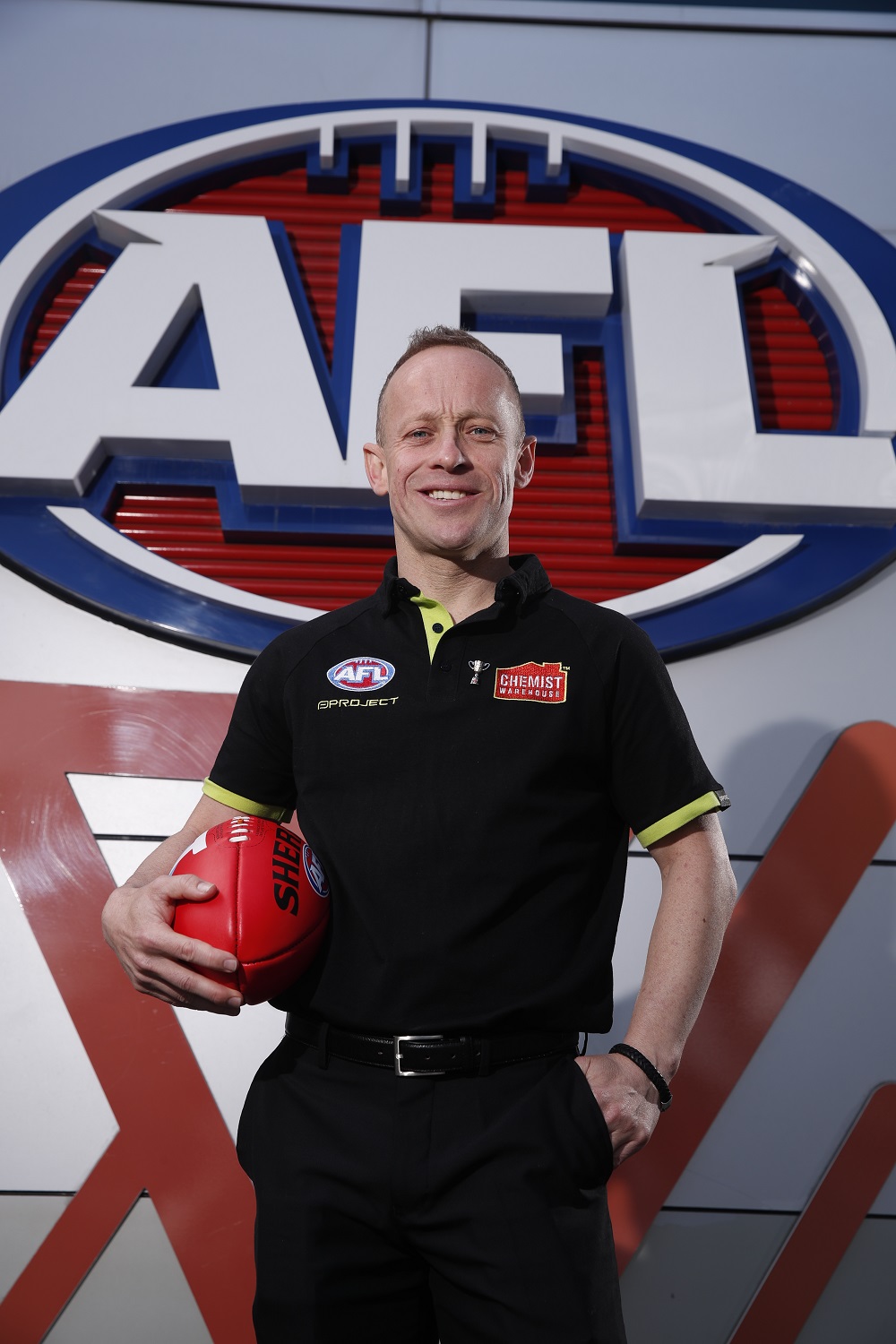 Again, it was by chance. Ray was in his late teens when no one turned up to umpire his brother’s game, and he was asked to help them out.

Promised a full tank of petrol and zero backchat for his time on the field, Ray decided to take on the challenge and it very quickly became clear that umpiring was something he was quite good at.

“I had started out and mucked around a bit – and then I get a call to come and umpire the New South Wales State Championships and as the competition progresses, I get asked to umpire the grand final,” he says.

“Next thing I know, I have been asked to come and umpire the under 15 and 16 National Championships in Darwin, and I was confused and asked if I had to pay for it. I was so ignorant to how it all worked back then ... and that I could actually make a living from it.”

While Ray was on his upward trajectory in the AFL umpiring world, he was also balancing studying for a Bachelor of Secondary Education at the University of Canberra.

As the first in his family to go to university, he was both proud and intimidated when he set foot on the Bruce campus all those years ago.

“I remember the first day I arrived at UC, and I was late because I couldn’t find a park, and the head of the Faculty of Education was talking to a room full of new students,” he says.

“I knew half the athletes in there, they either played for the Swans or were Olympic rowers or AIS athletes, and I felt quite inferior.”

Ray’s university days are filled with memories of camaraderie, the University’s famous Refectory, and just good times all around.

While he now runs his mortgage broking company in between umpiring on the big stage, Ray says the things he learnt in his degree back then have been invaluable in his day-to-day.

“You look at the whole notion of educational pedagogy and how what’s going to work with one kid isn’t going to necessarily work with another,” he says.

“The same goes for umpiring. When Dustin Martin is going off about something, I deal with it a certain way, not because there are favourites, but rather because we are not all the same.

“Those skills are honestly so fundamentally important with what I do on field in footy, as well as how I treat one client to the next in my business each day.”

While Ray’s career highlight is being picked to umpire his first Grand Final in 2010, between Collingwood and St Kilda, he says he is humbled to be a Sport Walk of Fame inductee, and to be recognised by UC as a standout alumnus.

“I thought I was being punked when I first got called about this,” he laughs.

“When I realised it was legit, I was actually really humbled by – it I feel really proud.”

Ray Chamberlain is one of 22 alumni being inducted in the University of Canberra’s new Sport Walk of Fame, with plaques installed along the bridge between the Refectory and Sports Hall. Inductees include UC alumni who have contributed to sport and the industry as athletes, sports administrators, officials or coaches.