When University of Canberra alumna Louise Burrows first started competing nationally in women’s rugby union, it was in a very different playing environment to the present day.

There were no competition sponsors, it wasn’t televised, and every player and staff member had to pay their own way.

“We used to go around selling chocolates and raffle tickets, we’d just do whatever we could
to play,” Louise says.

Louise played her first game of rugby in 1994 at a School Girls Gala Day in Canberra. From there, she found out about a local women’s competition, and joined the Canberra Royals when she was 16.

That’s where she discovered her love of rugby union. 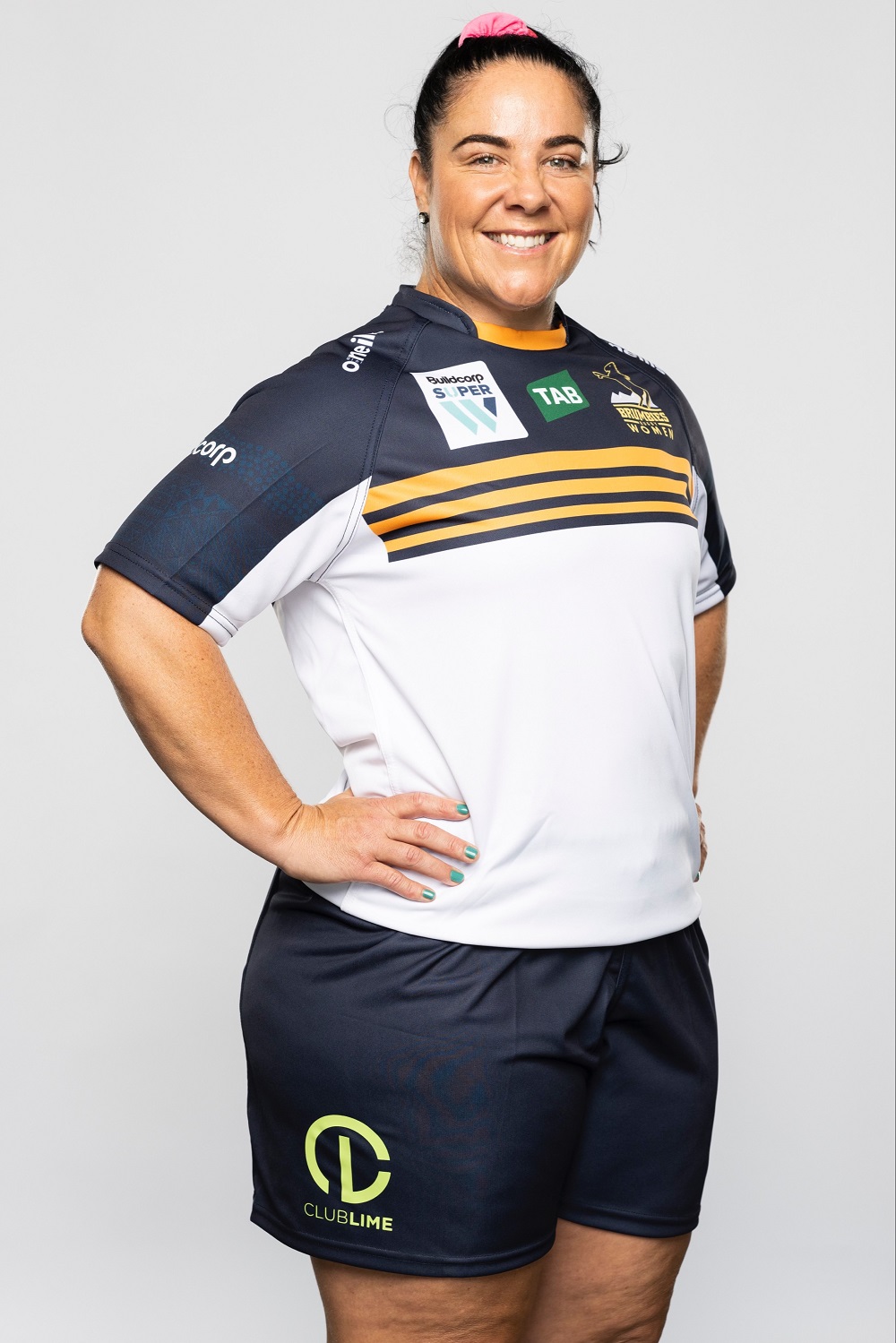 “I played lots of sports growing up and enjoyed being active, but I never knew that girls could play contact sports like union or league until that exposure at the gala day,” she says.

“From there, I found other opportunities that came with rugby, like playing for your state and for your country. After my first couple of years of playing, my goal was to play for Australia.”

In between two World Cups, Louise also pursued a career away from rugby, completing a Bachelor of Secondary Education (Health and Physical Education) at UC.

During that time, she also worked full-time as a strength and conditioning coach at the Australian Institute of Sport(AIS), studied, trained, played and started a family.

“It’s crazy that I was able to achieve all of these things while still studying,” Louise says.

It was all made possible through early hours, late nights and help from those around her.

“I always had support from my lecturers and tutors to give me the time to go to training and compete,” Louise says.

“My husband Mick has also been the most supportive person throughout my rugby career and while I was studying.

“I am proud of my ability to manage my time between studying full-time, being an athlete, working full-time and being a mum”.

Louise graduated from UC in 2008 and has been teaching Physical Education at Canberra Girls Grammar for 12 years.

“I used to have this recurring dream that UC called me and told me I hadn’t graduated and that I still had two units to go!” she says.

“Then I would go and check and I had my certificate, it was real – I had graduated. I think it was just as a result of years of juggling so many things.”

All that hard work, and dedication to her sport and study, is being recognised by the University of Canberra, with Louise among the inaugural inductees into the UC Sport Walk of Fame.

“It’s a huge honour, something you don’t think will happen to you, especially while I am still playing the sport. It’s not the type of accolade you ever expect to receive, it is very humbling.

“I love that I went to UC, and to be acknowledged for something that I’ve done for my sport that I am really proud of, it’s so exciting.”

After picking up the rugby ball nearly 30 years ago, Louise is feeling stronger than ever and has no plans to slow down.

“I’m, not done yet, I love playing rugby,” she says

“I’ll be 45 in March, and sometimes I query what I am doing when I get flogged at training – but I keep turning up, so I must love it!

“I like mentoring the girls I play alongside, and sometimes I will tell a story about the old days and they’re really surprised about what we’ve been through and how far it’s come.”

Louise Burrows is one of 22 alumni being inducted in the University of Canberra’s new Sport Walk of Fame, with plaques installed along the bridge between the Refectory and Sports Hall. Inductees include UC alumni who have contributed to sport and the industry as athletes, sports administrators, officials or coaches.