Look around you. Men and women couple up on TV shows like Love Island for millions of viewers. The latest Hello Fresh ad shows Mum cooking dinner for her husband and two children. You see a friend’s baby and coo “oh, he’ll break a lot of girls’ hearts when he’s older!” because even toddlers cannot escape the expectations of heteronormativity.

Heteronormativity is defined as: “the privileged and normalised view of heterosexuality.” It is a social and cultural expectation of straightness and gender conformity.

The term describes a system that harms queer people, because firstly, it assumes we do not exist and secondly, it demands that we suffocate part of our identity to engage with the world around us.

Not cool – especially when you consider that more than 650,000 Australian adults consider themselves to be lesbian, gay, bisexual or an alternative sexual minority orientation.

This marginalisation is internalised by queer people. Through the news and media that dominate my screen, the people in my life, and the values I was taught from a young age, I learnt to see myself as straight. Anything other than being straight and cisgender (identifying as the gender you were assigned at birth) was ‘wrong’.

For some queer people, this results in a state of ‘unknowing.’

What do I mean?

Well, I think of it as a state of mind or being that many queer people may find themselves in. When you are bombarded by heteronormativity at every turn, you may repress your identity to the point that you cannot see yourself as a queer person.

I also must point out how this affects the mental health of LGBTIQ+ people. In an Australian study conducted last year, “LGBTI people aged 18 and over were over 18 times more likely to have considered attempting suicide in the previous 12 months.”

This is not because of any ‘inherent difference’, rather it might be seen as a consequence of living within a heteronormative, cisnormative society.

Through conversations I had with other queer people – across generations and identities – I see the sharp edges and suffocating walls of heteronormativity. Here, we make known the state of ‘unknowing’.

I reached out to Robin Ladwig, an academic at the University of Canberra doing transdisciplinary research concerning gender and queer studies. 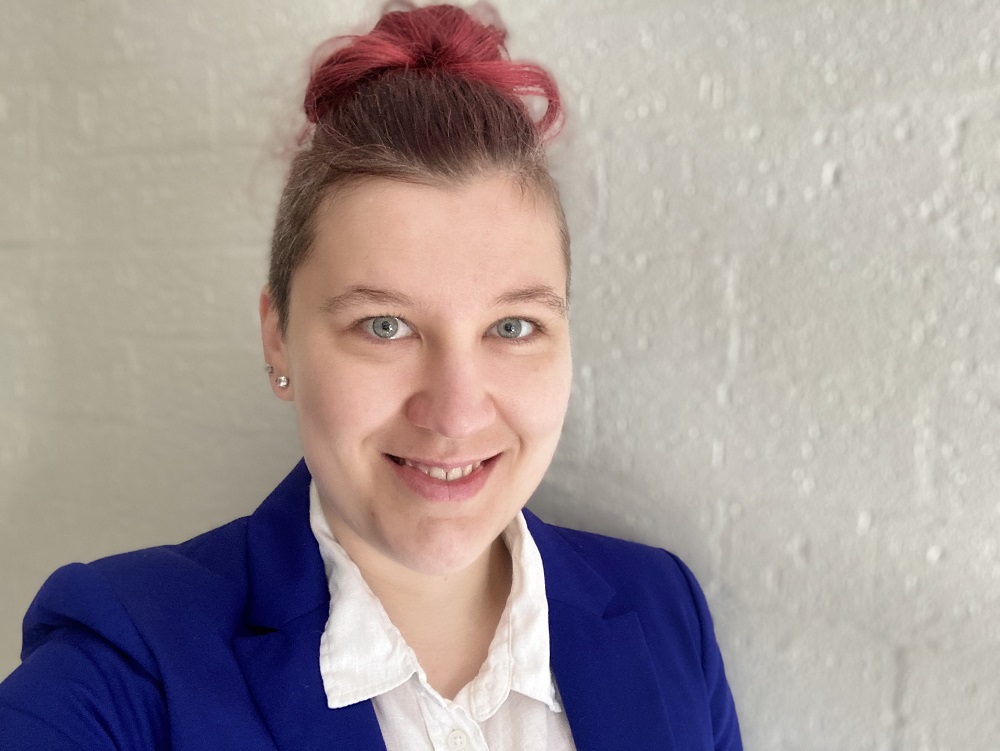 Reflecting on heteronormativity, they said: “It means the limited freedom to express my whole self and the consistent evaluation of the possible risk of being discriminated against, stigmatised, or excluded. This is a shared experience with a lot of my transgender and gender diverse research participants.”

They also spoke about the pressure this puts on LGBTIQ+ people: “It increases the invisibility of gender and sexual diversity” and “ ... reinforces the social expectations of relationship status.”

Bi- or pansexual people who “appear” to be in heterosexual relationships are assumed straight.

Robin continues: “A gender diverse person might get assigned the opposite gender to their partner, as this seems to be the only logical consequence based on heteronormativity.”

Aromantic and asexual people are “pressured” to conform to the expectation that they should desire sex or to be in a relationship.

Robin’s words identify some of the ways queer people are asked to erase parts of themselves. I see how this invisibility may lead to the state of ‘unknowing’.

Megan Munro is a disabled and queer artist, who produced the Queer Variety Show in Canberra earlier this year. We spoke over Facebook, writing paragraphs back and forth as we shared our experiences with heteronormativity.

This small statement spoke to me. In it, Megan captures an essence of ‘unknowing’.

Even in queer spaces, a queer person who doesn’t know they are queer is denied connection to identity, and denied a space to explore that identity.

Megan also describes an afternoon they spent at a friend’s house: “I know now that she spent the entire time hitting on me … but I was so blind to it, I didn’t realise.” 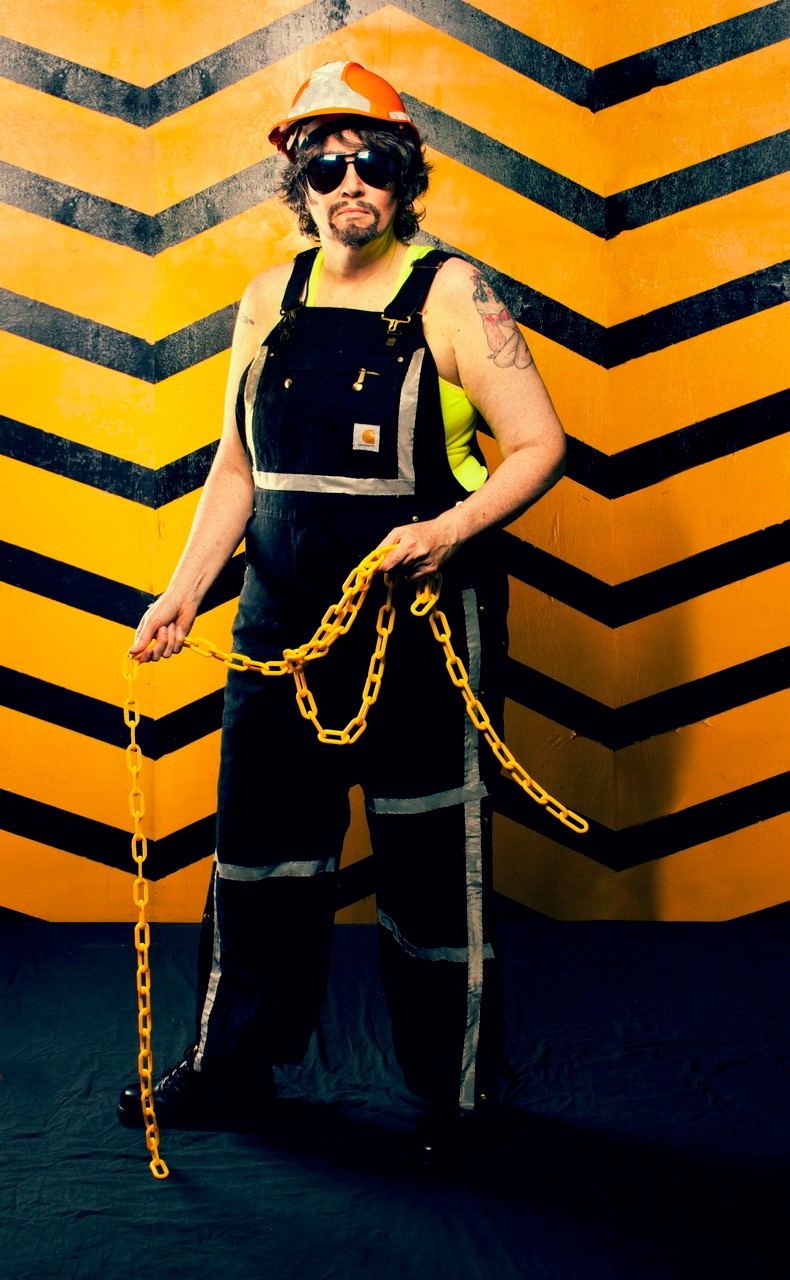 This prompts me to reflect on similar experiences: the intense friendship I had with one girl during my last year of school, the first time I went to a club at 18 and danced with a girl.

I remember the suffocating panic I felt then, because the lines between ‘unknowing’ and ‘knowing’ were beginning to blur. I had no words to describe these interactions, because I called myself straight. I was not allowed to know myself as queer.

I asked Megan if they felt a sense of loss for the years that heteronormativity distorted their sense of self. They tell me: “I don’t think I missed out, and never did, really. I wouldn’t have some of the great friends in my life, had I come out early. Plus, the 80s and 90s were very homophobic still, it would’ve been harder in some ways.”

Heteronormativity and cisnormativity (the assumption that everyone identifies as the gender they were assigned at birth) attempted to erase queerness from the narrative.

Megan is in their 50s now, and non-binary. Being trans, they observe, wasn’t really spoken about in the ‘mainstream’ until about ten years ago.

While explicit homophobia and transphobia are very real dangers, Megan mentions how more subtle instances of heterosexism and cissexism can be just as harmful. We speak about how heteronormativity flattens out perceptions of ongoing oppression of queer communities.

Beyond queer people being suspended in a state of unknowing, broader communities do not see your lived experiences once you do know. They may not be able to identify the heteronormative structures that privilege them.

When Megan came out for the first time in their 30s, they facilitated a Stepping Out program, “for women questioning their sexuality”.

Through that they heard many stories from women who grew up under the suffocating blanket of heteronormativity. They often didn’t know they were interested in women until a lightbulb moment sparked something too bright to ignore.

Despite our differences in age and identity, I see how the weight of heteronormativity impacted myself, Megan, and the women they worked with in the Stepping Out program. I don’t remember clear lightbulb moments; there were small moments that poked at the edges of my unknowing, but never enough to completely disrupt it.

I then reached out to my friend, Imogen, a graphic designer and visual artist based in Meanjin/Brisbane who is a couple of years younger than me. She reflects: “When I was younger [I] just assumed heterosexuality was normal and the only other option was being gay.”

Imogen: “Took ages for me to realise that I could be attracted to multiple genders, and having some kind of awareness or visibility around bisexuality then would have helped me to realise that a lot sooner – but I had just never heard of it.”

Here, Imogen touches on how ‘unknowing’ is not always ignorance of your own feelings. Unknowing is not the absence of knowledge, it may also be a suspension and negotiation. We recognise that something is different, but are unable or unwilling to name the difference.

Heteronormativity depends on placing people in precise boxes, on strict binaries and identities.

Bisexuality (the capacity for romantic or sexual attraction to more than one gender) blurs these boundaries, so even knowing that straight is not the only option left Imogen feeling untethered for a time.

Queer people may feel adrift in a state of unknowing and knowing. The expectation that I was straight meant I was constantly reaching for ways to affirm this projection. Falling in love with boys and repressing my own identity felt like learned behaviours, and became muscle memory.

To lift the blanket, stretch your closeted limbs, and let yourself see whatever you want to see is not something we are all in the position to do. Imogen and I know how lucky we are in this.

My conversations with Megan and Imogen revealed to me the state of unknowing as one way that heteronormativity impacts the lives of queer people. Examining this unknowing has allowed me to identify the contours and boundaries of heteronormativity, as a structure that has shaped much of our lives.

Heteronormativity and cisnormativity leave queer people tightly wound, perhaps convinced of our perceived ‘straightness’ or gender because the world held up a mirror and told us what to see.

This is why representation in media that combats heteronormativity is so important. TV shows like Heartstopper, which I wrote about here, are entering the mainstream. My hope is that this representation will help end the state of ‘unknowing’, because young queer people are finally seeing their true selves reflected back at them.

This article was first published on BroadAgenda on 22 June 2022. Photos: stock image and provided.

Words by Jesse Blakers. Jesse is a Global Studies student at the University of Canberra and budding academic, with a current focus on queer representation in media. She's currently interning at BroadAgenda.