In Sarah Cook’s perfect world, there would be complete gender equity in the sporting industry … thanks to the work she and a network of dedicated men and women are doing, that goal is becoming more realistic every day.

As a child growing up watching the Olympic Games, Sarah knew she wanted to eventually be on the world stage for sport. She didn’t know which sport it would be for – but after watching the opening ceremony of the Barcelona Games, she began working to make that dream a reality.

After trying her hand at multiple team and individual sporting ventures, Sarah eventually  found her niche.

“When I was 14, I had the opportunity to participate in the Sports Search program through my school – St Clare’s College – and was a talent identified for rowing,” she says.

“The program was run by the ACT Academy of Sport, and they basically said, ‘this is an elite program – our aim is that you make the Australian junior team’.”

From that day on, Sarah’s passion for the sport grew, and within four years of training she reached that goal – making her first Australian team and winning a silver medal at the Under-23 World Championships in Poland. 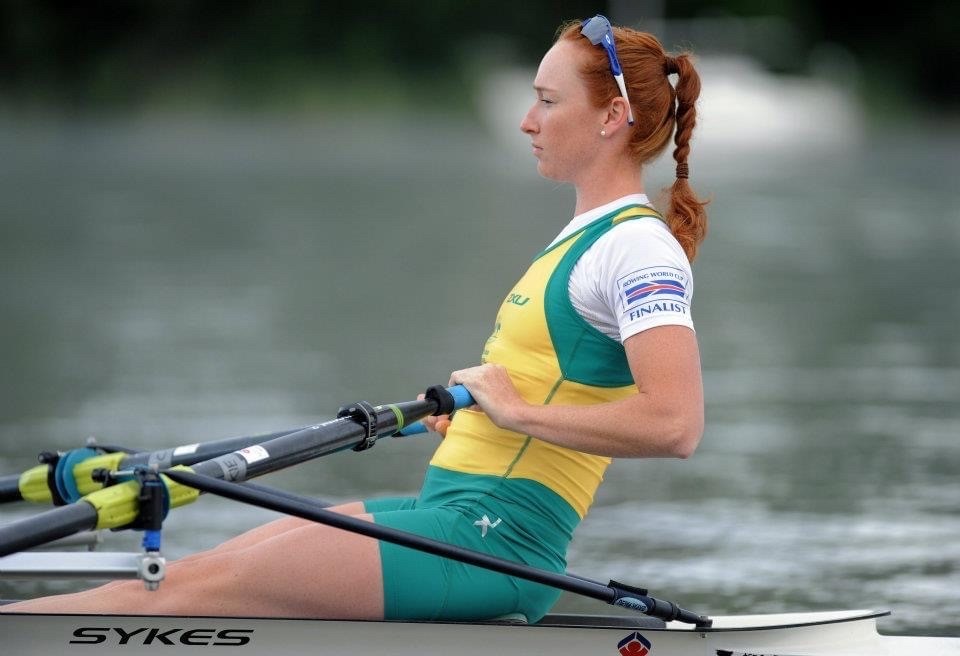 It was only upwards from there. She was a member of the Australian Rowing Team from 2004-2012, and in that time won multiple world cup and world championship medals – and her childhood dream was realised, making it onto the Olympic stage.

“In 2007, I was in the top ranked pairing for Australia, and we raced the pair and the eight at the world championships and qualified in both for the Olympics in Beijing. It was in that moment that I realised that my childhood dream of wearing the green and gold at an Olympic Games was in reach,” Sarah says.

Sarah continued working with Kim and the rest of the Australian team to train and compete in international competitions in the lead-up to the 2012 London Olympics, but during that time, noticed a disparity between the level of support and funding for the men’s and women’s teams.

“There had been a lot of investment made in men’s rowing and their development, but the same resources hadn’t been given to women’s rowing,” she says.

“Although I had already qualified for the Women’s Quad Scull for Australia for London 2012, this issue particularly affected the chances of a women’s eights team being sent to the Games.

“So despite it not really involving me, I thought it was wrong and became quite heavily involved in lobbying for that issue.”

Sarah utilised her network – including the Minister for Sport at the time – to garner support for the women’s team, and joined the campaign for a women’s eights team to have the opportunity to trial for selection for the 2012 Olympic Games.

The lobbying was successful. Rowing Australia reversed its decision, and the women’s eight was afforded the opportunity to trial for the chance to contest final Olympic qualification.

“I was selected in the eights – and I attribute that to my involvement in the campaign – but I needed to move on from that and focus on what we needed to do to ensure the boat qualified for the Games at the infamous ‘Regatta of Death’ – the World Rowing Final Olympic Qualification Regatta, which is held only eight weeks prior to the Olympic Games in Europe,” Sarah says.

“We were successful in getting one of the last two places at the Olympics that were on offer, which was against the odds. The media back home were calling us the ‘motley crew.’”

Sarah and her team came sixth at the London Olympics – an equal placing to the Australian men’s eight.

Since her retirement from competitive sport, Sarah continues to be a trailblazer for not only women in rowing, but women in sport. She has a love for coaching and development, and hopes to see more females involved in those aspects of sport. 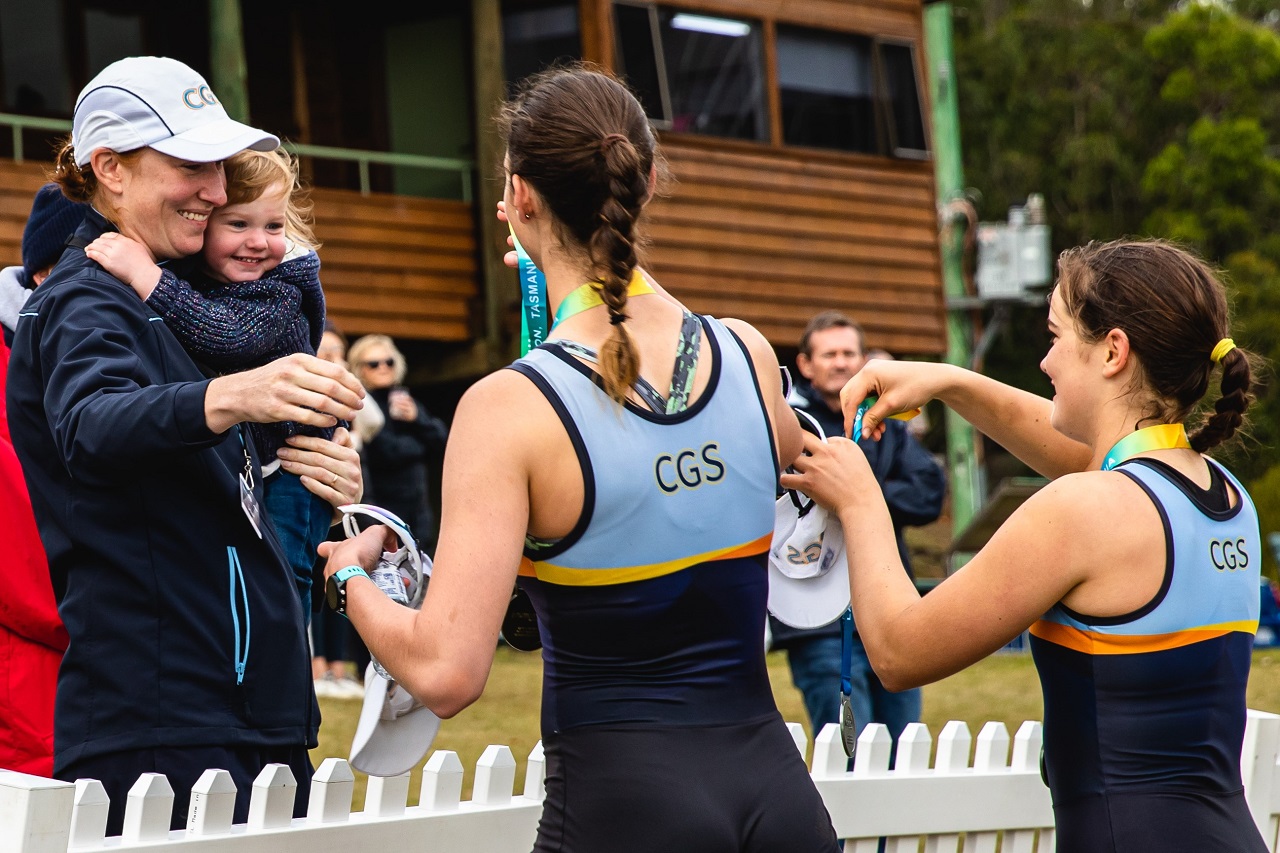 She’s worked across schools in metro and regional NSW and the ACT, and has a keen eye for talent spotting. Currently, Sarah works as the Chief Operating Officer for Rowing Australia and as a broadcast commentator for World Rowing.

She volunteers on the Board of Baseball Australia, is Chair of the Clubs Advisory Committee at Sydney University Sport, and is a Council Member for World Rowing. She’s also a member of the World Rowing Coastal Rowing Commission and the World Rowing Gender Equality, Diversity, and Inclusion Commission.

One of her greatest honours was becoming the first international female steward of the prestigious Henley Royal Regatta.

“In 2018, I was elected a steward of the Henley Royal Regatta, which is a big honour,” Sarah says.

“Steve Redgrave called me – he’s the greatest ever Olympic rower and a five-time gold medallist for Great Britain – and is also chairman of the Regatta.

“I got that call after the AGM [Annual General Meeting] of the Stewards in December 2018, which was 5am Australian time, to tell me I’d been elected. It’s a lifelong honour and then your badge is passed to the next Steward. You would never seek or apply to be a Steward – you only find out when you receive that phone call.” 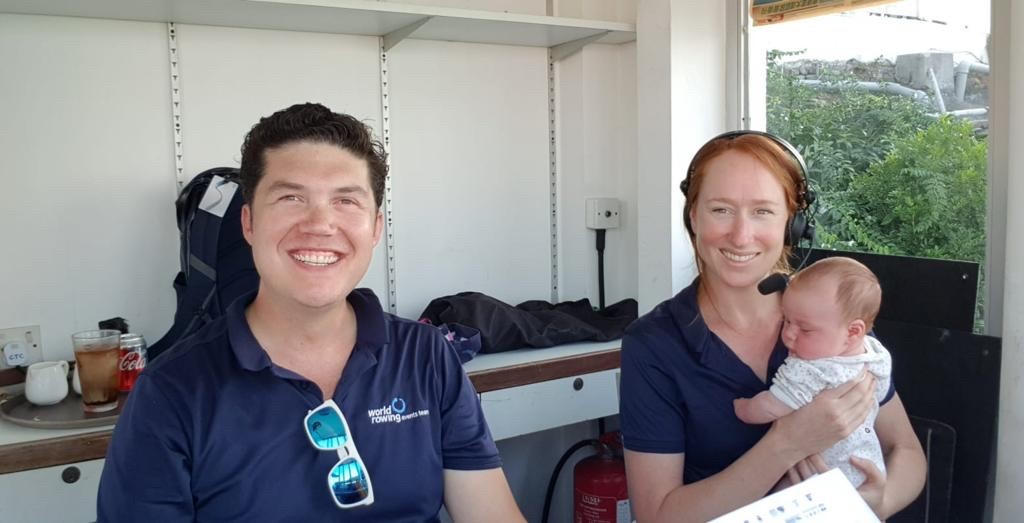 Among all her professional achievements, Sarah is mum to a two-and-a-half-year-old and a nine-month-old. She hopes they’ll grow up in a world where women are equally visible and  represented at all levels of the sporting community.

“I’d love the see the same number of female coaches at an elite level as there are male coaches,” she says.

“If we can normalise women in coaching and leadership, then from an optics perspective we will have young people seeing women in these positions and equally represented – I think we can change the world.”

Sarah Cook OLY has been nominated for a Chancellor’s Rising Star Award at the Distinguished Alumni Awards. These will be presented at the 2022 University of Canberra Night of Nights.

The Chancellor's Rising Star Award recognises alumni who are emerging professionals, trailblazers in their field.

Join us on 29 July 2022 for the Night of Nights, a community-wide celebration of the University, its alumni, outstanding research, and academic achievements. To get your tickets and for more information, visit this Eventbrite link.

UC alumna Kym Hunter has changed the way classrooms around Australia operate, thanks to her online physical activity and wellbeing program.