Known as a talented businessman to many, as a generous philanthropist to others, and even given the affectionate title of ‘Mr Canberra’, Jim Service AO made a significant impact in our community.

Jim Service was a well-known, respected, and successful businessman whose death this September, at the age of 88, occasioned a long list of tributes from the Canberra community.

He left a deep impression on those who knew him and had a meaningful connection with many organisations and institutions in the city, including the University of Canberra.

Jim had a sharp mind, a deep love of learning, and a voracious appetite for reading, but his first foray into tertiary education didn’t quite work out for him.

Instead, he opted for a job in merchandising at Prouds before taking on a stint jackerooing at Forbes.

Jim then decided to become an accountant, completing the then three-year degree in just one. This was the start of his love of commerce, business, property, banking, finance – everything that were the hallmarks of his future success.

Much later, in 2012, he capped off his extraordinarily successful career by receiving an honorary doctorate from UC, a tribute to his many contributions to business, voluntary, and philanthropic activities.

UC awards honorary doctorates to those who’ve made a big difference to the Canberra, national, or international community.

In addition, Jim was also an Adjunct Professor at UC and served as Chair of the UC Campus Development Board.

His Canberra story began when the Service family moved to the city in 1964.

Lake Burley Griffin was still filling up, there was as yet no ACT Government, and more than half the workforce was employed in the public service.

The city transformed over the following few decades, and Jim was one of the many movers and shakers who helped to shape Canberra.

In 1981, Jim founded and ran JG Service Pty Ltd, an international consultancy specialising in property development and management, from within Canberra. It was a novel choice for the time and contributed to the commercial push and evolution of the bush capital.

Nobody would have a better understanding of Jim’s legacy than his son, James Service – the eldest of Jim’s children.

“His was a life amazingly well-lived, doing things he was passionate about, and that he believed gave benefit to the community,” James says.

“The business that he built 40 years ago is still run locally by my brothers and me. He was involved in so many legacies in the community, and he was of course a very strong family man too.”

Jim’s engagement with the Canberra community stretched across business, events, the public service, charities, and beyond.

He was a board member of many organisations and served as chairman of the Advance Bank and ActewAGL, as well as charities and institutions like the National Museum of Australia and the Salvation Army Red Shield Appeal.

The time he devoted to causes outside of running his company was freely given.

James explained that if his father was passionate about something, he would always find time to do it.

“He was an amazing time manager, my father,” James says.

On top of that, Jim was never one to ask for any recognition or reward for his efforts – but he certainly received it.

In 1990, he was awarded the Order of Australia, and in 2001 was named Canberra Citizen of the Year.

Those who knew him say these distinctions left a deep impression on him, as did the honorary doctorate from the University of Canberra.

“He was enormously proud of it,” James says. “When institutions recognise you for the things you’ve done, I think anybody would be humbled and appreciative.

“It was quite a special thing, and it gave him the opportunity to keep giving back to UC and education more broadly, through speeches, presentations, and mentoring people.” 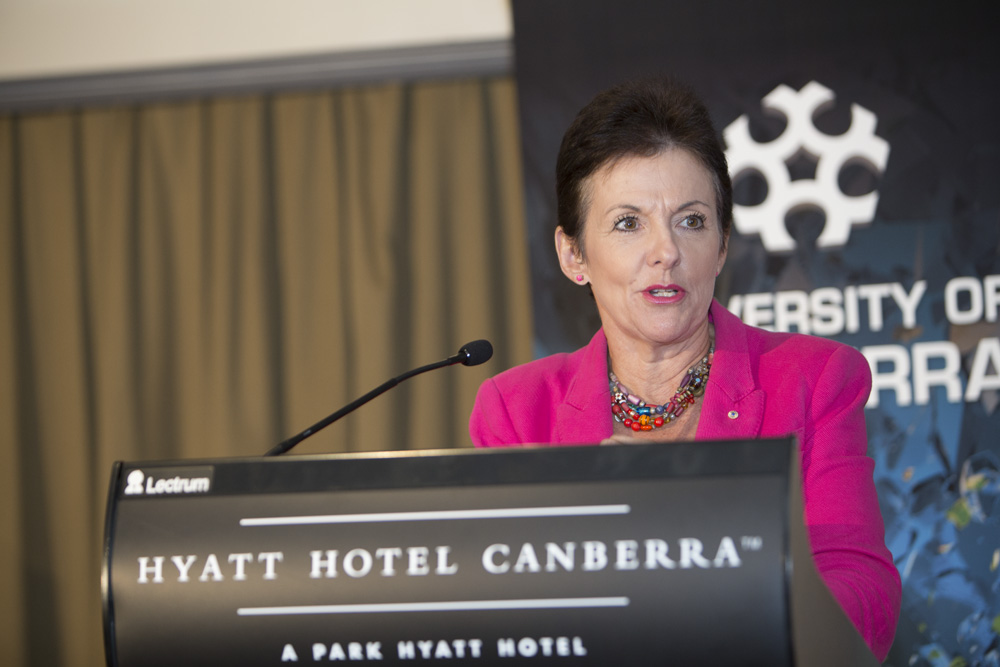 Former ACT Chief Minister Kate Carnell AO was one of many who regarded Jim as a trusted and valuable mentor.

Ms Carnell herself received an honorary doctorate from the University in Canberra in 2013, just months after Jim’s conferral.

She says he was a great supporter of the institution, from when it became the University of Canberra in 1990, to its official transfer into the ACT jurisdiction in 1997.

“More broadly, he was hugely supportive of improving education, mainly because he was always supportive of giving opportunities to others,” she says.

Ms Carnell first worked with Jim when they both served on the ACT Board of Health in the late 1980s.

One of his many strengths was the commercial focus he helped bring to Canberra, particularly after the ACT become self-governed in 1989.

This led to Canberra being able to somewhat shake up its bureaucratic reputation when the private sector overtook the public sector in terms of employment during the late 1990s.

That tipping point coincided with Ms Carnell’s leadership of the ACT, and she remembers Jim always being free to give his insights into business, commerce, and governance – but only when he was asked.

“He normally had the right instincts, especially from a business or financial perspective,” she says.

And he didn’t gild the lily. He’d tell you what he thought.

Outside of admiring his success in business, many have also paid tribute to Jim’s wonderful relationship with his wife Dorothy.

It was a strong partnership that James was witness to his whole life.

“Because dad’s business interests were very broad, mum was a great backbone for the family in terms of the home, the children, the grandchildren,” he says.

“But they also did so much together and were a great team.”

And despite being a keen traveller and a man of the world, there was no question that Jim was a man of Canberra too, who cherished the comforts of family and home.

He would travel to Singapore for just 24 hours for a board meeting just so he could get on a plane the next day and come straight home. 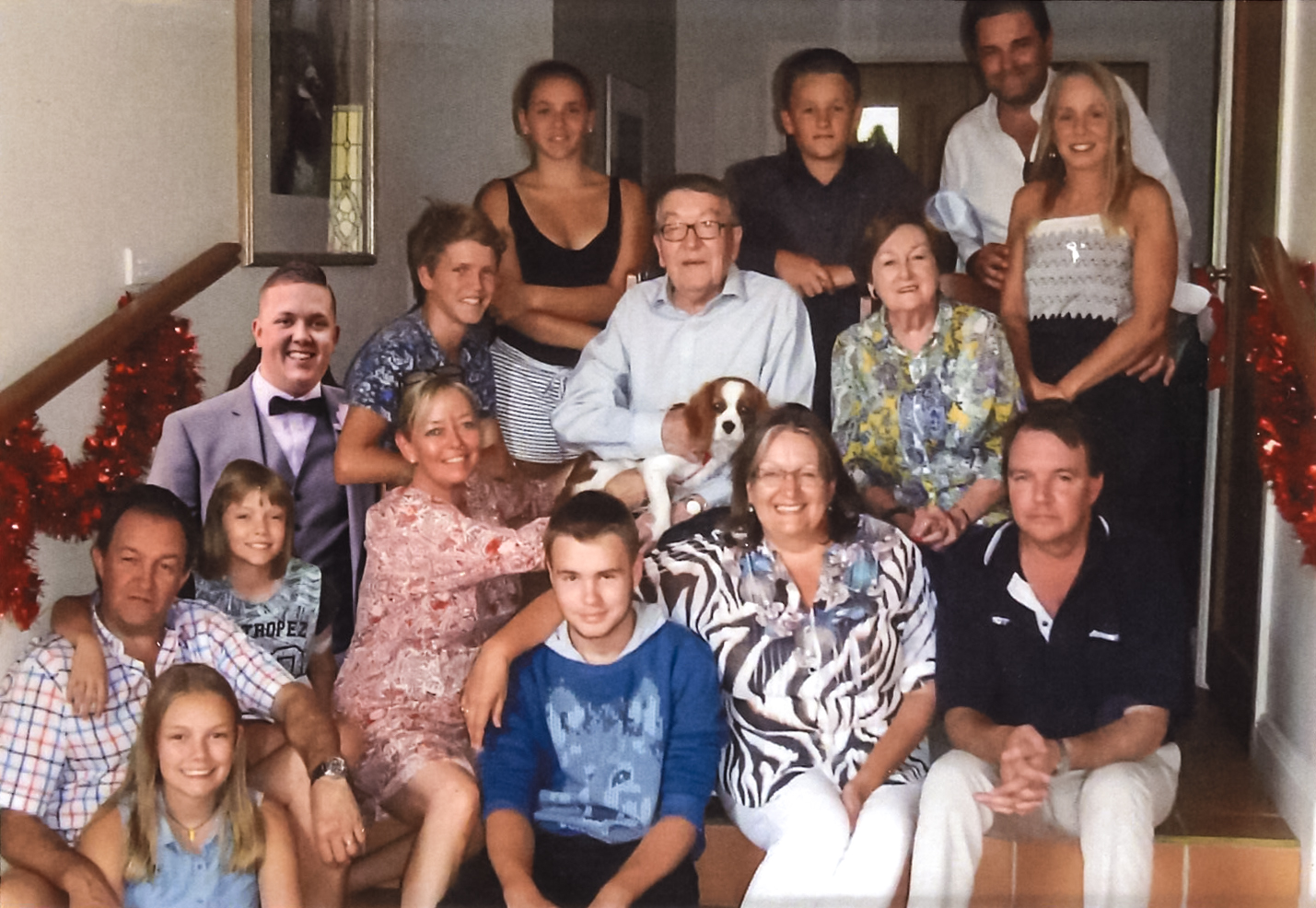 As the Service clan grew to include partners and seven grandchildren, they would inevitably gravitate around the family home in Forrest, and later Kingston, where Jim’s presence will be sorely missed.

“The fact that he was always there, and always willing to give you his time, his guidance, and his counsel is something that we’ll all miss,” James says.

Jim’s absence has been deeply felt across Canberra, with many public and private tributes made to him since his death.

Many spoke of him as a pillar of the community, a wonderful family man, a generous philanthropist, and a true Canberran.

“The generosity of people’s thoughts and comments on dad’s passing has been overwhelming,” James says.

“You know people are well-known – but you don’t always truly know how deeply loved and respected they are until they’re gone.”

For a comprehensive look at Jim’s life and times, visit the ACT Libraries entry on the 2001 Canberra Citizen of the Year.

Keeping data private in the era of the IoT

Recipient of an ARC DECRA 2020, University of Canberra Assistant Professor Mohammad Abu Alsheikh will be developing novel schemes to preserve the privacy of individuals in the era of the Internet of Things.

How are LGBTI staff being supported in Australia’s largest professional services firms? Researchers from the University of Canberra and the University of Sydney investigated, with their initial findings forming the basis of a larger project on the subject.