You may have already spotted the University of Canberra’s latest sustainability project around campus, after a string of bee hotels was installed throughout the grounds in late January.

Bee hotels are man-made structures, usually wood, placed out in nature as a hub for native bees to rest and mate.

The bee hotels were an initiative from the Rotaract Club at UC, in collaboration with Campus Estate and the Faculty of Arts and Design (FAD) and were made during an on-campus working bee in October 2020. 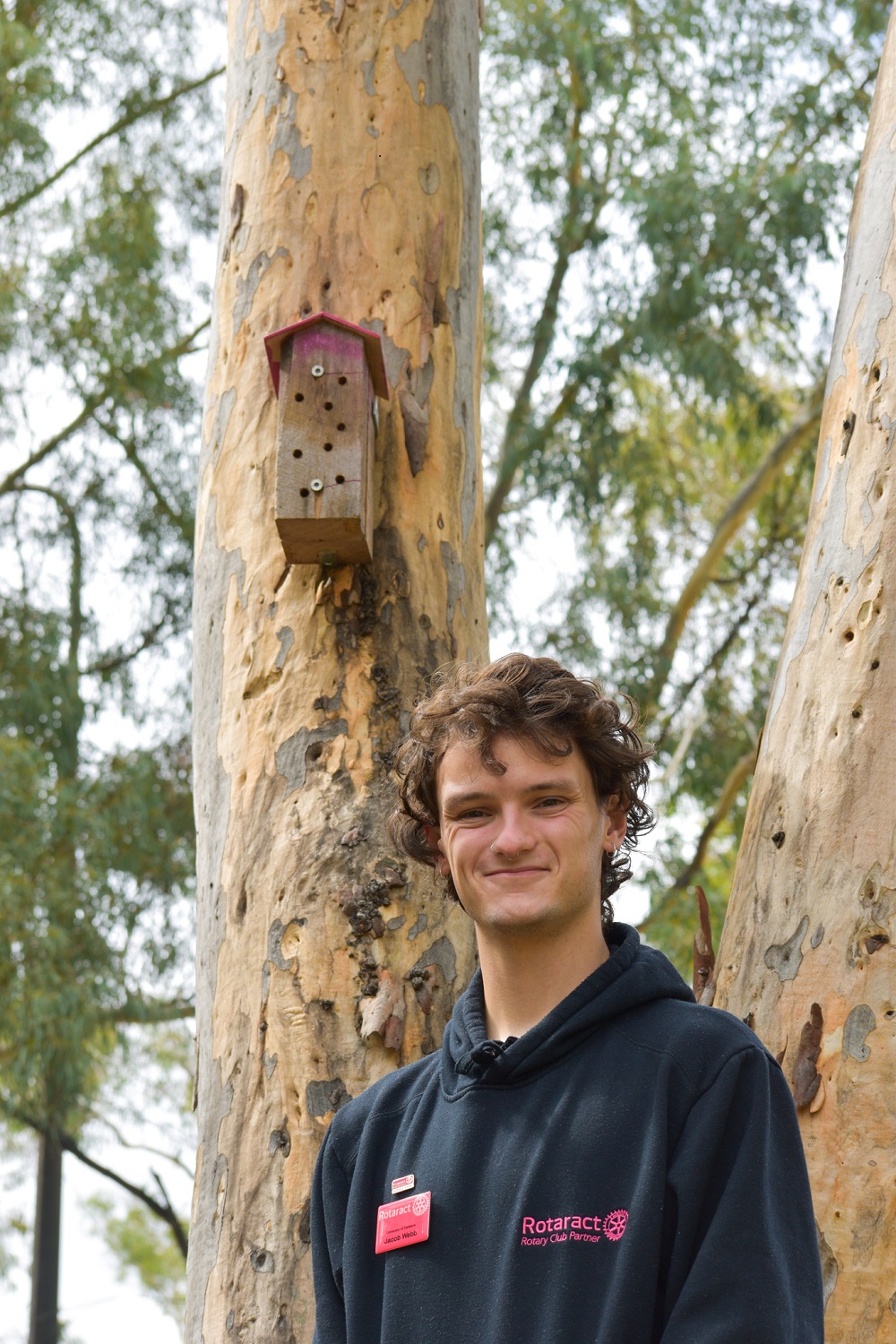 Rotaract Club Community Service Director and Bachelor of Politics and International Relations/ Bachelor of Laws student Jacob Webb was the brains behind the initiative, and said he was pleased to see the bee hotels make an appearance on campus in time for Semester One.

“It all started last year with talks about finding a sustainable and interactive initiative for students on campus, and something that could promote what Rotary stands for,” he says.

“We are environmentally concerned and involved, and we thought this was a great move to get UC involved too.”

Jacob approached Campus Estate with the idea, and they provided support and promotion for the initiative, while FAD facilitated the working bee with supervising staff and some materials.

Bee hotels are made for native bees because unlike honeybees who build their own nests and hives, native bees can’t travel as far and usually burrow into tunnels in the ground or timber for shelter.

The idea stemmed from the Rotary Club of Hall after it had recently rolled out its own initiative of bee hotels in the village.

Members of the Hall Rotary Club were quick to put their hand up to help the University club, providing information and knowledge on how to make and source materials for the structures.

“We held a working bee in October last year after a lot of research and communication with the Hall Rotary Club,” says Jacob.

“We had people from the University club, students who just wanted a break from their studies and members from the Hall club turn up to help.”

The bee hotels were made from untreated timber, supplied by a local carpenter, and built with dimensions and instructions from the Hall Rotaract members.

The finished hotels are placed in areas near native plants across campus – including the Ngaladjima and Community Gardens. 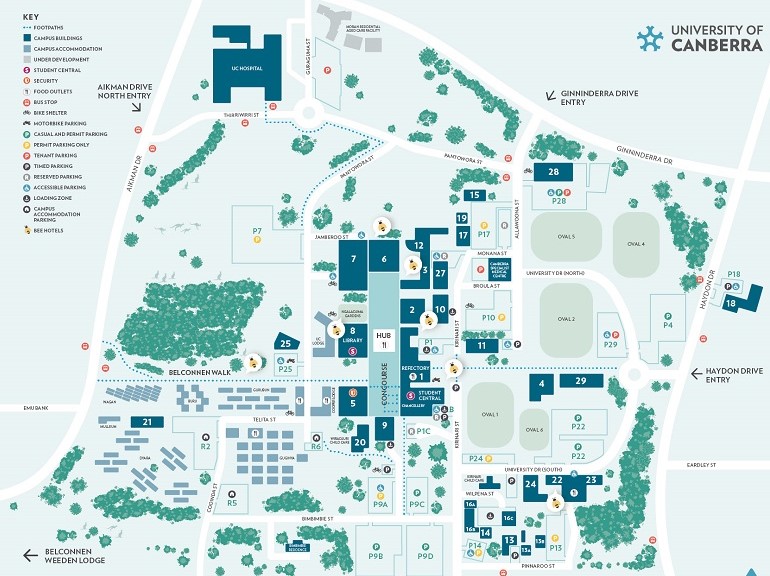 The aim is to attract the bees to the various native plants, helping to pollinate and move nectars between them.

Native bees can help to germinate and support growth of small native flowers or plants such as kangaroo paw, many of which can’t be pollinated by introduced bee species.

Native plants are especially important for the environment, given they require much less water and provide food to native animals.

“It gives them a way to see and participate in change, because sometimes as a university student, being time poor and with financial constraints, that can be hard to do,” Jacob said.

“It’s also a great way to show students who live off-campus, something they might be able to build in their own backyard.”

The Rotaract Club of UC is always looking for new ways to create positive change within the community, along with the recruitment of new members.

The University club will be holding a series of charity initiatives throughout the year, including creating hampers for local charity Karinya House, and holding a blood drive.

If you would like to get involved, you can attend a club meeting or event advertised on the club’s Facebook page, or message the page.