A strong democracy is built not just on many voices, but on educated, informed voices.

That’s certainly something author and University of Canberra alumna Krys Saclier believes in, especially since her work as an electoral educator focuses on empowering children to understand the federal preferential voting system – and how the halls of power are built and run.

“The heart of democracy is people power, so you want people to be engaged,” she says.

“I’ve been an electoral educator for five years now, teaching children how the preferential voting system works – and how in order to be elected, a candidate must have over 50 per cent of the votes, not just the most votes.

“It’s very important to understand how your electoral system works, and people in my generation were never taught this,” she says. In fact, she recalls casting her vote when she turned 18, without really knowing how it worked.

Her conviction has led to Krys’ second book, Vote 4 Me, which is all about preferential voting. It’s an unusual suspect for children’s literature – but really, could there be a better place for such a book to be born than Canberra, where nation-building is on your doorstep?

And Krys knows that one of the most powerful teaching tools is a well-told tale.

“Civics and Citizenship is part of the curriculum now, but a good story is also a great way to engage kids and encourage learning,” she says. “Preferential voting also lends itself well to story, because it’s not necessarily clear who is elected from the first count, so there is a narrative that can be built around that.” 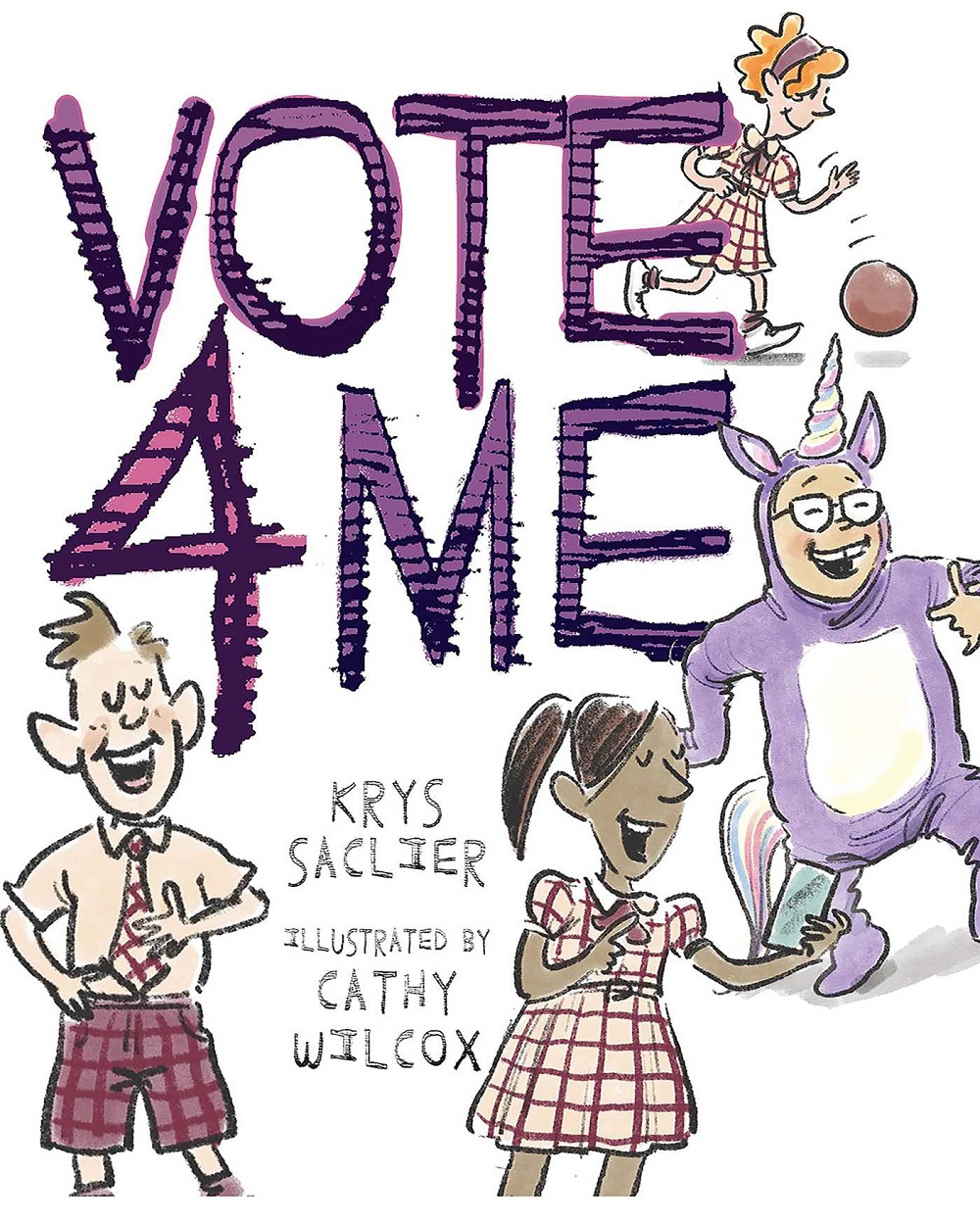 Vote 4 Me introduces readers to the students of Mount Mayhem School, as they seek change – from hideous uniforms, tuckshop food that doesn’t cut the mustard and a bare sports cupboard. But who can effect that change? It’s election time!

“I was so excited when I found out that Cathy was going to be the illustrator,” Krys says. “I just went to the Museum of Australian Democracy and stood in front of her works – she is brilliant.”

While the book is all about teaching kids about preferential voting, some adults might learn a few things from it as well.

“I don’t think I truly understood the intricacies of how it worked until I became an electoral educator,” Krys says. “And now that I do understand, it’s really fascinating – for instance, a candidate can still be elected even if they didn’t receive the most first preference votes.”

Also, under the preferential voting system, every vote counts, she says – which gives the system added meaning.

Krys has always loved writing, a passion that grew out of her lifelong voracity for reading. Pursuing a Bachelor of Arts in Communication/Professional Writing at UC seemed a natural fit.

After graduating, she worked as a producer and director for regional television, then became a primary school teacher – but every role had an element of writing to it, and she continued to write in her own time as well.

She also created the Kids Only podcast, is a committee member of the ACT Branch of the Society of Children's Book Writers and Illustrators (SCBWI) and a founding member of the Canberra Children's Writers' Group.

“Everything in your life sort of enriches you, and leads you on to the next thing,” Krys says.

“This includes my time at UC. I remember doing a Political Communication unit as part of my degree. I had a really fantastic lecturer, and I did very well in the unit – which was so unexpected! Because like many people, when I was young, I thought that politics and government were none of my business.

“The truth is that it is everyone’s business – because this is an integral part of the world we live in, and politics has a lot to do with how things happen and get done.”

Krys took a career break when she had kids; but returned more motivated to educate.

“The kids tend to come in and go ‘what’s this all about’ … but then they get excited, about the actual election, counting the votes, finding out who won,” she says.

Krys loves seeing kids’ engagement and enthusiasm, so she came out with her first children’s book in 2019. 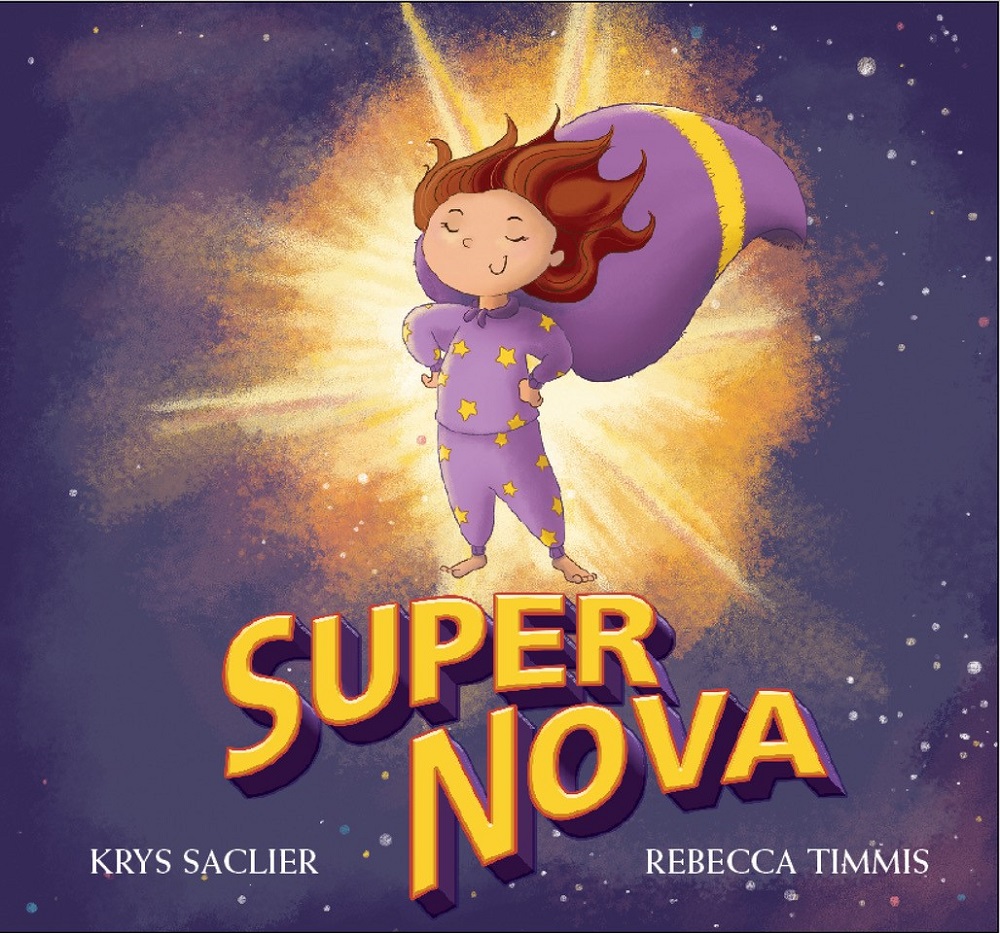 “Super Nova is about a little sister who is a secret superhero,” she says. “It is particularly important to me because there aren’t a lot of books where an older male character looks up to a younger female one. I think it’s important to support healthy ways of perceiving women from a young age.

“In this book, an older brother starts off being suspicious of his younger sister, thinking that she gets away with things – but then finds out she’s actually a superhero.

“One of my favourite stories from readers of that book is one about a young toddler who can barely talk, but who is always asking his mum to read Super Nova to him!”

Buoyed by the equally positive responses to Vote 4 Me, Krys will follow up with a sequel, possibly next year.

“It’s the same group of characters from Vote 4 Me, but this time, they’re going on a trip to Canberra to learn more about how the federal government works,” she says.

“They’ll go to Parliament House to find out how the House of Representatives and the Senate work, to the High Court to learn about laws, and to the National Museum of Australia to find out about the history of Australia.”

Click here to find out more about Krys’ books, including where to get Vote 4 Me and Super Nova.