The first time Cindy Mitchell – founder of the Canberra region’s first dedicated social enterprise business development consultancy, Mill House Ventures at the University of Canberra – sat down to consult for a program supporting women on low incomes to start businesses, just one person turned up. And it was a man.

“His name was Hong Sar Channaibanya. He was from Myanmar, a refugee who had settled in Canberra for many years,” Cindy says.

He was representing the women in his community who were asking for a grant to help them start up businesses.

“He started showing me all of this clothing that was beautifully produced and meticulously embroidered.

“So here I am, this hard-nosed venture capitalist and I had to tell him that there was no market for those sorts of clothes here. He quietly put all the clothes back in his bag – and after he left, I couldn’t stop thinking about him.”

Hong Sar had told Cindy how the only jobs available to the women in his community here were cleaning jobs, but that they aspired to do more, and he was showing Cindy what they were capable of.

“I kept thinking – someone needs to do something here, somebody should be doing something, somebody, somebody…” Cindy says.

“…until that hand was pointing right at me, and soon I was asking – how could I help them?”

That is how Cindy started her first not-for-profit social enterprise, No Sweat Fashions. To this point in time, Cindy’s career had seen her expanding her horizons in the tech world at large organisations in Australia and the United States.

Cindy grew up in rural Alabama, in a little town called Tuskegee, home to the Tuskegee Airmen in World War II and recognised as the site of one of the first major salvos in the American civil rights movement.

After graduating from Tulane University in New Orleans in the late 1990’s, Cindy got her first job at a computer training company, the perfect time to ride the tech bubble.

“That tech company was expanding to Australia, and I was invited to start the Canberra franchise,” Cindy says.

“I was 26 years old, single, and it was an adventure that was meant to last for six months.

It was while Cindy was working in venture capital, in the area of technology commercialisation, that she first discovered the concept of social enterprise.

“It wasn’t something I was looking for at the time,” she says.

“Social enterprise is basically a way to use the tools of business for social innovation. To intervene in the lives of people in a meaningful and measurable way.”

Once she discovered this asset class, Cindy says she found a lot more people in this space that shared her views.

“I call it hacking capitalism. It’s about trying to make our economies more diverse, more inclusive and for people who have traditionally been left behind, to be included,” Cindy says.

“That became my new focus – how to support social innovators to become astute business owners.”

Cindy experienced a full trajectory – from working in big business with high growth, to venture capitalism and back to community cooperatives working from the bottom up, trying to create opportunities for people who have been disadvantaged or marginalised.

Cindy was also named the 2020 ACT Woman of the Year, for outstanding work in empowering women and girls across Canberra to take control of their future and economic participation, by educating them to embrace entrepreneurship and strive for a voice in the business sector. 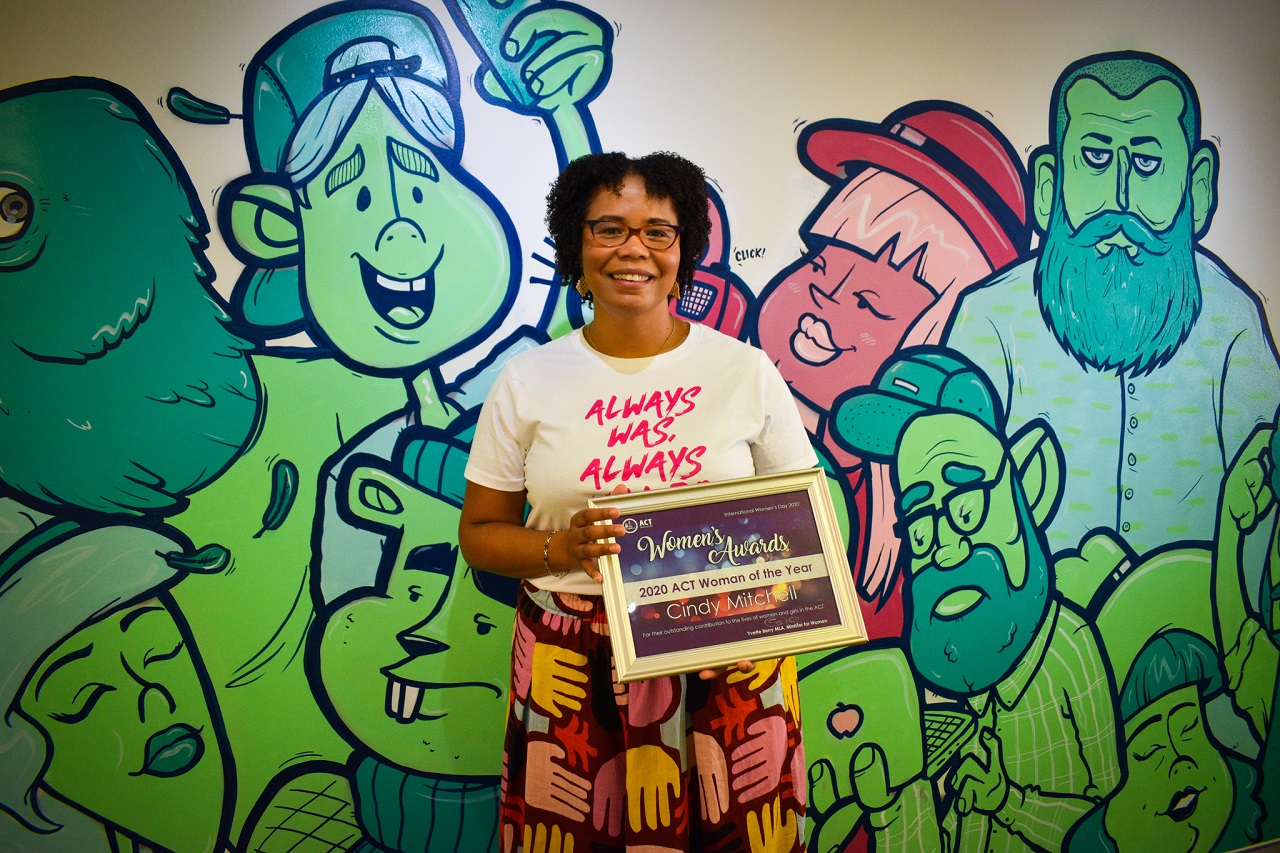 In 2016, the University of Canberra approached Cindy because it wanted to become more involved in social enterprise. Mill House Ventures was born.

Mill House Ventures is an initiative of founding members, the University of Canberra Foundation and Service ONE Alliance Bank, which wanted to invest in building the capacity of social entrepreneurs.

The Mill House Clinic houses social entrepreneurs who work in a variety of spaces from the integration of people with intellectual disabilities into the workforce, to issues around domestic violence prevention, and people working in the environmental space.

“We run accelerator courses where we work with individual entrepreneurs who are looking at developing new ideas and interventions,” Cindy says.

Students are snapping up the opportunity to work within the Millhouse Clinic. In Semester Two, 2020, 38 students chose to work on 27 different projects as part of their work-integrated learning units.

Moving forward, Cindy hopes to spend more time out in the Canberra region, where community foundations are calling out for help from the Mill House.

“We think that community social enterprises are a tool to help but they also need lots of other capability support, which I think we can provide,” Cindy says. 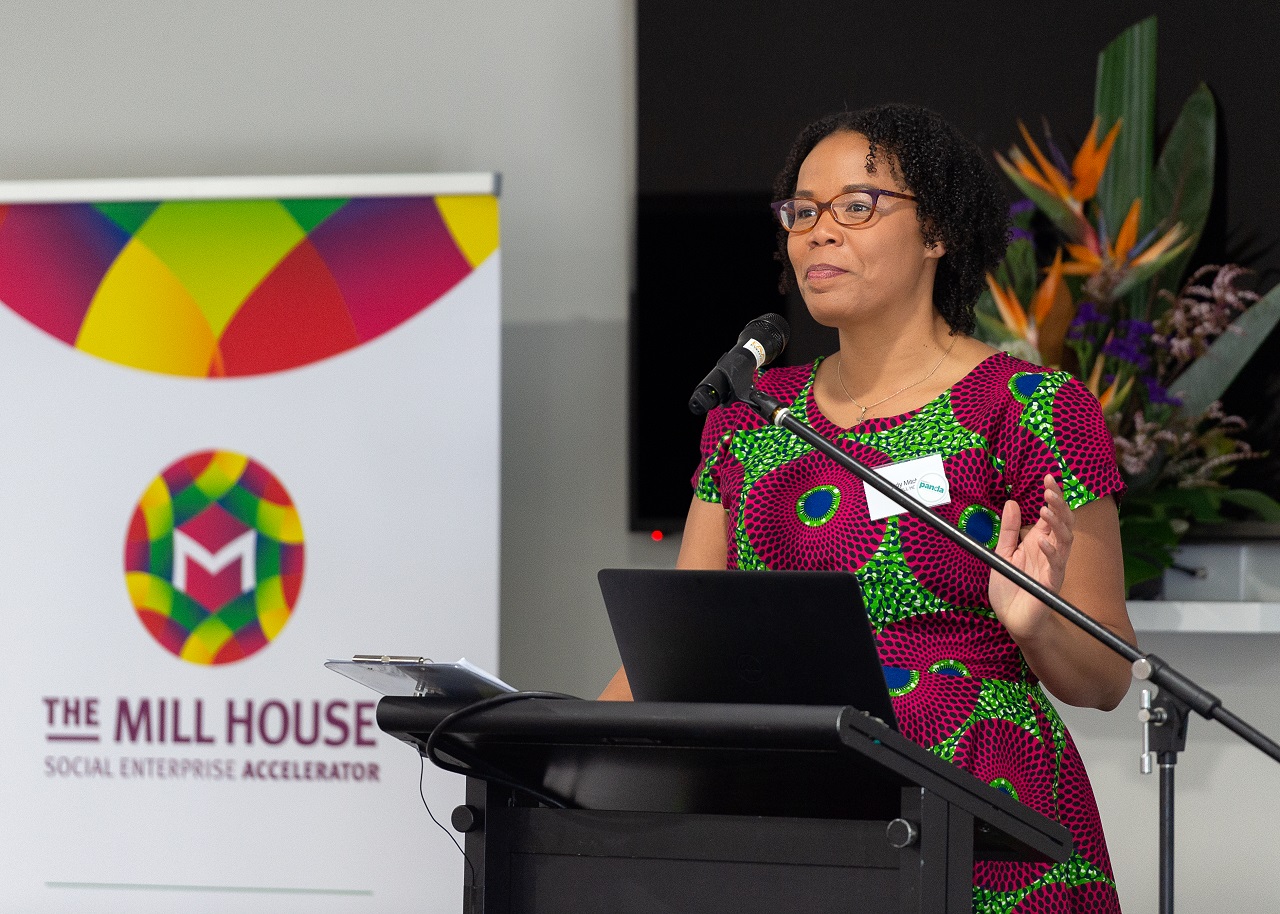 Cindy played a crucial role in supporting those who needed help the most during the COVID-19 pandemic. She was part of the ACT Government’s response to COVID-19 and worked with the Canberra Relief Network.

“I went to support Uniting Care Kippax, which was the lead agency in the response, and it was an eye-opening experience,” Cindy says.

“I have spent most of my career in business where there is a lot of collaboration, but in the community space it was very different and actually quite difficult to collaborate, mostly because of the way the community sector is funded.

“Nevertheless, I found the work very impressive – just the amount of time and energy people gave even if it wasn’t in their own interests.”

She says she wants to bring to light the role of UC in the Canberra region as a leader in supporting citizens and bringing people together to implement change.

“I want to look for opportunities to make connections in ways that we haven’t before and for people to realise that we are all trying to solve the same problems,” Cindy says.

“We are all working on the same things, we just have different approaches. And a good civic university understands that everyone may be different in their approach, but they can still work together through collaboration and learn from one another while maintaining independence.

“I am excited for the opportunities that could materialise for UC in this space in the future.”

Words by Katarina Slavich. Photos by Madeleine Wood and supplied.

Check out some favourite ANZAC reads from the National Centre for Australian Children’s Literature – books that spark discussion, and build understanding and empathy.