With the rise of Netflix and other streaming services, film and television producers have been tested by a mercurial industry like never before.

Streaming services have strongly impacted funding for the local arts scene, and while the plethora of content out there gives viewers near infinite entertainment choices, how does an aspiring filmmaker, producer or screenwriter cut through all the noise to make their presence felt?

Fortune favours the intrepid, the determined, those who are versatile and future-focused. The right skills and attitude can take filmmaking aspirants to places unseen even in their celluloid dreams.

Just ask University of Canberra Bachelor of Media Arts and Production (Honours) graduate Abhi Jeyakkumar – since graduating from UC’s Faculty of Arts and Design in 2018, he’s been embracing all challenges coming his way and honing his screenwriting skills while making inroads in the international film scene. 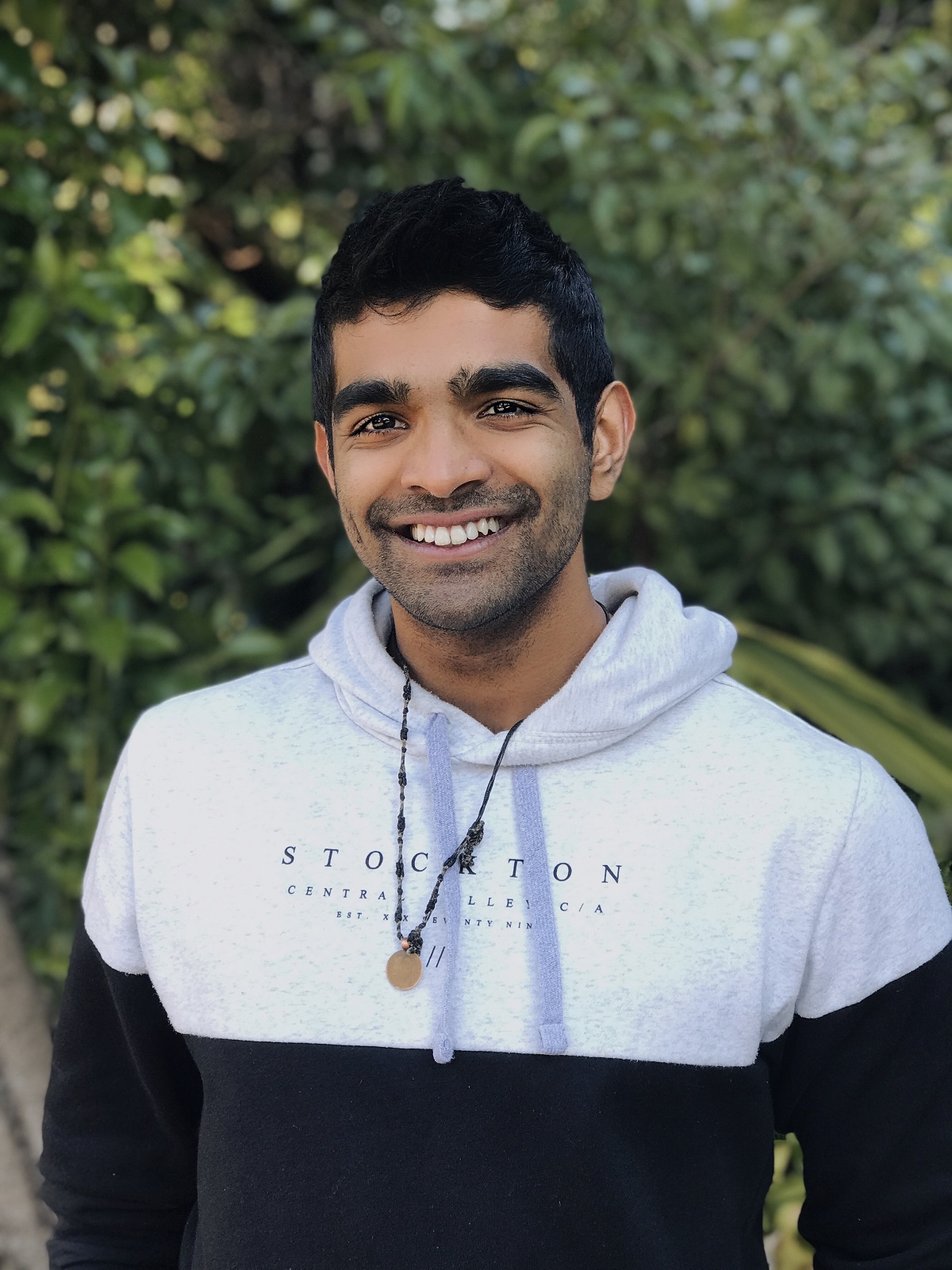 “One of the best things about UC is how practical the teaching is – you don’t spend every class writing essays or sitting for exams, you’re producing real work to build your portfolio,” Abhi says.

“It’s the start of your career, and UC prepares students for an industry that’s constantly shifting by giving us the skills we need to tackle challenges head on.”

At just 22, Abhi got a taste of success on a local level when he scored the Best Student Film award at Lights! Canberra! Action!, part of the Enlighten Festival. It whetted his appetite to make it on the global stage; later that year, he was a finalist in the Script Summit’s Las Vegas competition, and also made it to the quarter finals of the 2018 ScreenCraft Short Screenplay Competition. 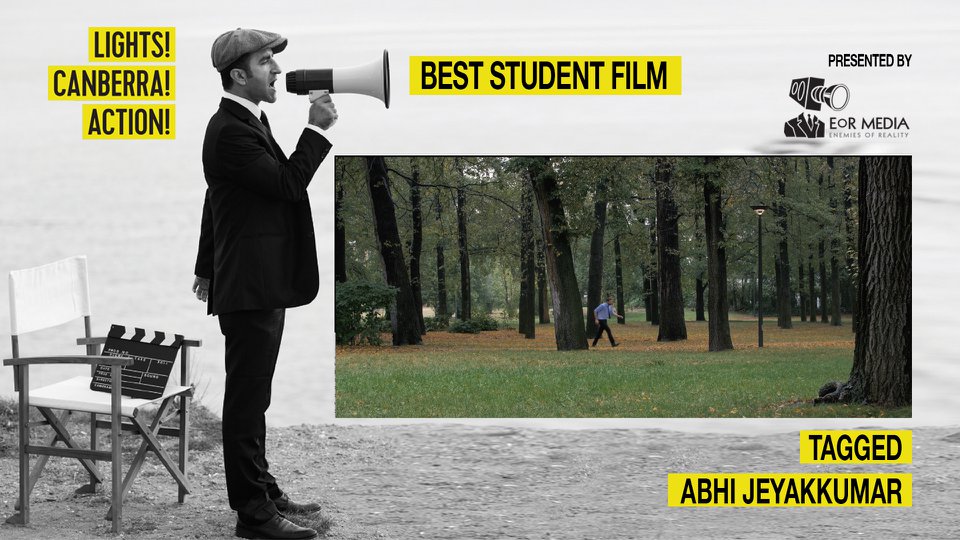 In 2019, he continued this success, making it to the quarterfinals in both the Creative World Awards international screenplay competition and Scriptapalooza.

“One thing I’ve learned is to submit everything you can and see what sticks,” he explains.

“If you don’t succeed straight away, make sure you learn from it, reflect on the feedback and try again. It takes time, but you only need to convince one person of your idea – there’s so many successful writers who have had their work rejected and go on to be bestsellers.”

According to Abhi, one of the things that helped him prepare for the reality of the film industry was the honest, constructive criticism he received from his university tutors.

“I still have the feedback on one of my assignment scripts stuck on my bedroom wall,” he says. “I didn’t get a good grade for it, but it helps me to realise how far my work has come since then. It made a massive difference to have university tutors and lecturers who are honest, and who provide constructive criticism.”

Abhi says that making it in the film industry is all about hard work and dedication.

“I wake up every day at 4am to get in as much writing, researching and refining as I can, before I even head to work,” he says. “When I get home, it’s at least another three or four hours of doing the same. It’s basically like having two full-time jobs, but screenwriting is something I’m really passionate about, and that drives me.”

“I still have a long way to go, I’m always learning from the best by analysing scripts, reading everything I can, and dedicating all of my free time to honing my craft. I’ve started to see the hard work pay off and have been short-listed for more international screenwriting competitions.” 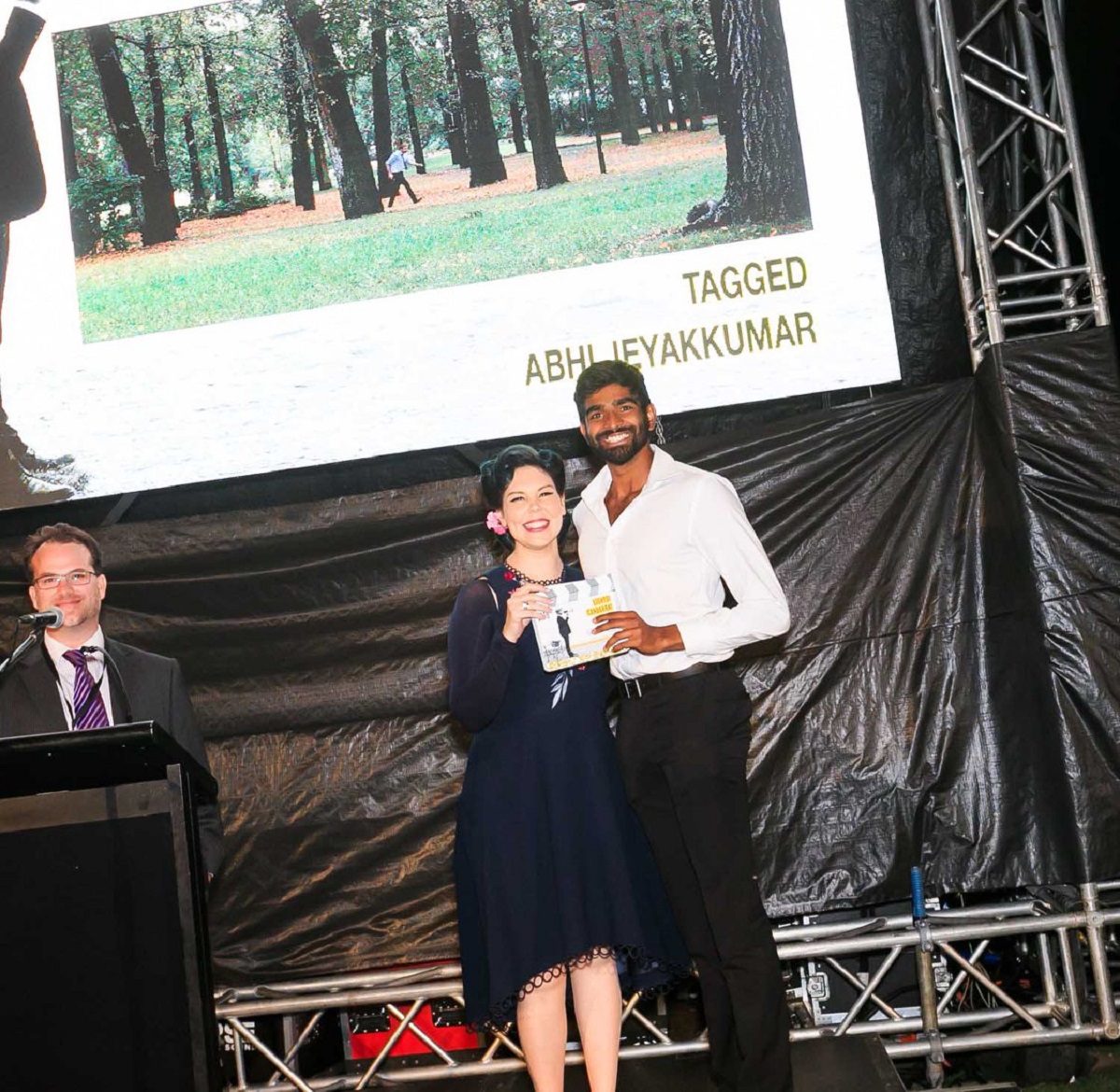 Abhi is working towards his ultimate goal of being a director, and offers this advice to media or film students working towards their big break: “It takes time, but you really need to be prepared to give it everything you’ve got.

"Stay focused and get as much feedback as you can. Learn everything you can at university and make good friends in your degree. It really is an industry where connections are everything, and these are the people who will one day work with you in the industry as well.”

At the end of last year, Abhi travelled to Los Angeles to take part in a prestigious four-day intensive program, the Annual Stowe Narrative Lab. The small, exclusive program brings together writers from across the world, and has helped notable writers develop their craft, including film director Rob Koier (North Star) and author Nancy Zafris (The Home Jar, Lucky Strike).

Thanks to the program, Abhi developed skills in story structure, character development and themes, while learning to pitch his work to some of the very best in the industry, with mentors such as Alex Boden (Cloud Atlas) and David Magee (Life of Pi).

“I’ve taken in so much, learning from quality writers and producers while making important connections in the industry. I’ll try to use some of their expertise to help me break into the industry here in Australia,” he says.