Dominic Maher entered the teaching profession through a seemingly serendipitous set of experiences. These experiences have led to him becoming a sought-after expert on how schools successfully return to normality through the COVID-19 pandemic.

To tell Dom’s story as a linear set of circumstances would miss the essential reasons why he has prospered as an educator and leader.

Pivotal to Dom’s success is his ability to take up opportunities as they are presented to him. He has built upon every experience and worked towards end goals, happy to deviate from his plans in order to create more opportunities and experiences.

Also important in Dom’s story, is the significance of others and their positive feedback and influence. This in turn has generated the same ability in Dom; to influence and create change that positively feeds into educational environments for the benefit of entire communities. 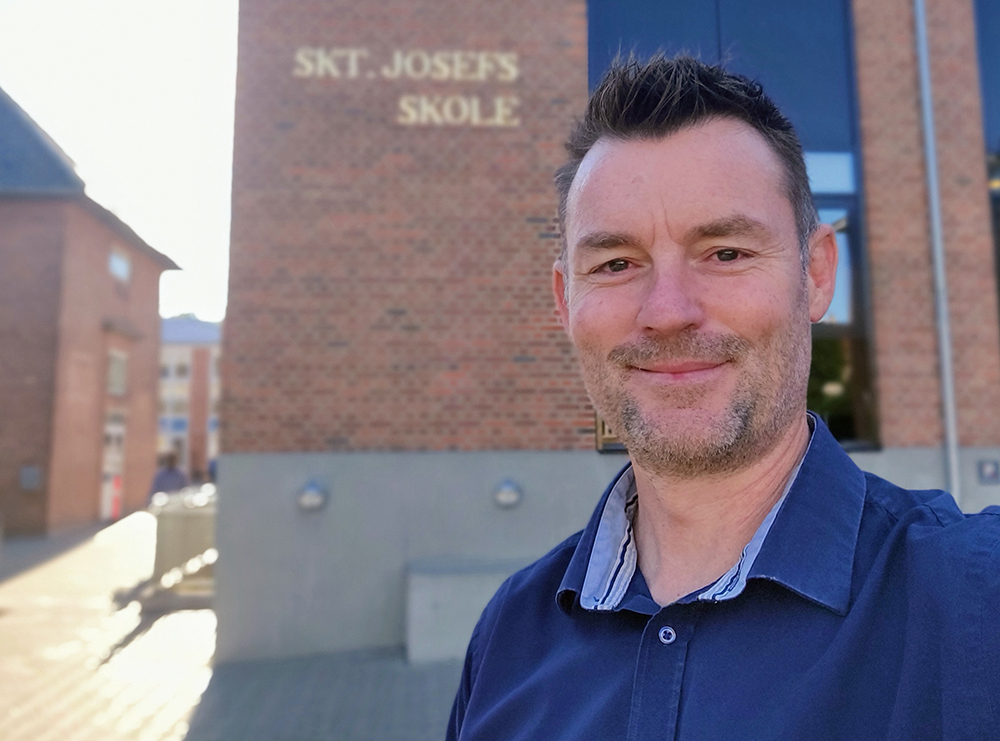 However, it began with uncertainty. Dom was in Year 12 at Canberra’s Marist College and was unsure of what he wanted to do in the future. Dom’s father Garry, a tutor in UC’s Faculty of Education, offered him work experience at the University.

“My father arranged for me to follow the Physical Education (PE) teacher students at the University of Canberra,” Dom says. “I was an active sportsman and had thought about being a PE teacher. During the time I was following the UC students, they delivered some practical lessons to local primary schools. I involved myself with the lessons and really enjoyed working with primary-aged kids.”

The seeds for a possible career in teaching had been sown.

“The UC PE lecturer noticed I had a good rapport with the primary students and suggested I consider teaching.”

So, this was the beginning that set Dom on an education pathway. He enrolled in the teaching program at the Australian Catholic University in Canberra, completing the three-year degree, and securing his first teaching post at Holy Trinity Primary School in Curtin.

“At the time, the teaching degree was moving from three years to four years,” Dom says. “I didn’t want to be under-qualified, so I enrolled in the fourth year of the Bachelor of Education program at University of Canberra in 1996.”

Whilst completing the final year at UC, Dom worked full-time as a teacher and attended his classes at night.

During this intense period of work and study, Dom decided to take some time off to work as a teacher in the United Kingdom before returning to UC in 1998 to complete his degree.

With his career well underway, Dom undertook a number of roles as a teacher and coordinator before moving with his wife to live in her native Denmark along with their two children (they now have three) in 2012. 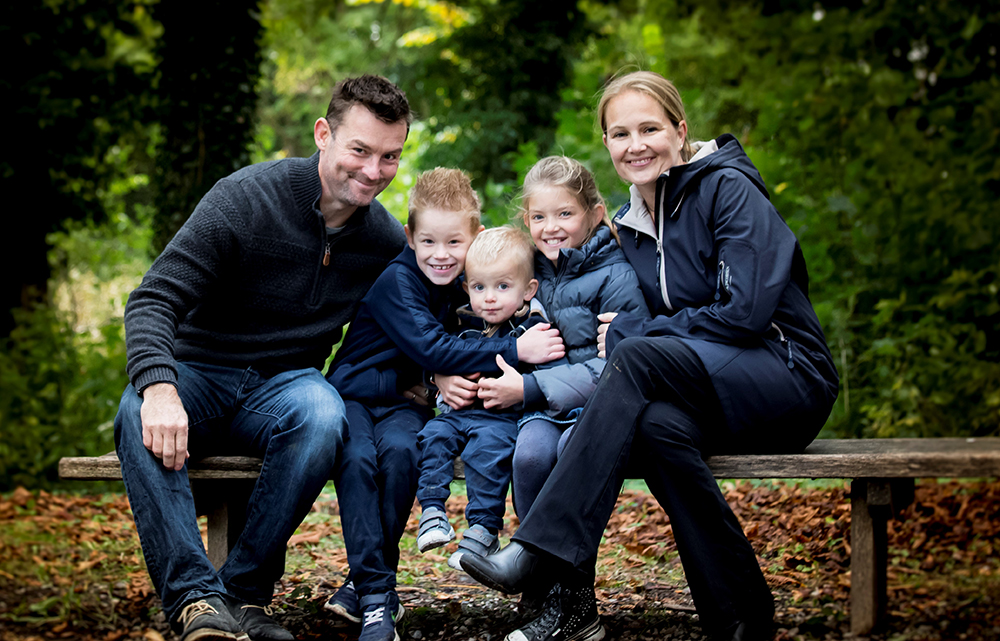 Restarting the Danish school system, Dom initially took a job as a teacher’s assistant before securing a permanent teacher position. Dom has worked his way to his current position as Head of International at Skt. Josef’s International School in Roskilde, a city west of Copenhagen. The school provides either an international education or a Danish curriculum for its 1,000 students. The student population, aged five to 16 years of age, mainly comprise of expatriates and Danes wanting an international education.

It is in this setting that Dom developed a system for schools to safely emerge from the COVID-19 pandemic.

He and his team have put in place a carefully constructed, yet very practical, seven-point plan for students and teachers to return to school. It involves younger year students attending classes in the morning, while middle year students participate online and attend in person in the afternoons, effectively giving staff an hour between classes to sanitise the building.

“Staff were brought in the day before the children returned. We needed to reassure them that they were returning to a safe workplace and to know and understand all the safety measures in place,” Dom says. “After understanding this, they were happy to be back.”

Dom says the measures incorporate regular outdoor lessons, red and white tape on the floor to guide the flow of traffic in and out of classrooms, two-metre spacing between desks in classrooms and social distancing between students and teachers. Dom says the measures provide a template for all schools emerging from COVID-19. “Proper hygiene hasn’t just reduced the risk of Coronavirus, all other illnesses have been reduced too. Teacher illness has gone down a lot as well.” 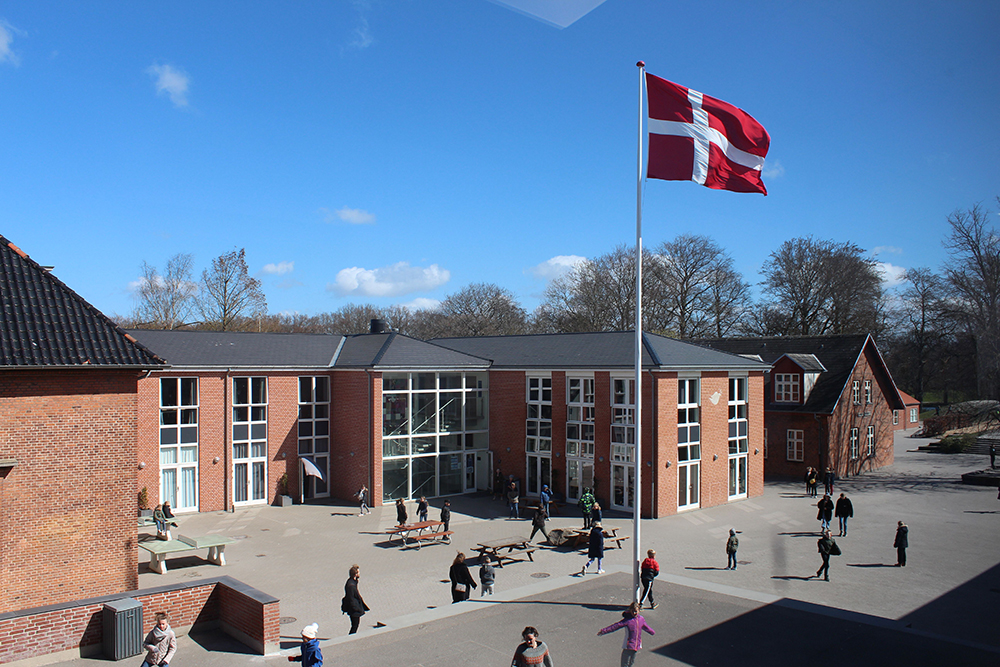 As for the students, he says they appear to be happy to return to a sense of normality. “While some students performed really well at home, they love being back with their friends. School is much more than curriculum. The social interaction is hugely important to their wellbeing.”

Dom says parents were anxious at first but attendance levels at the school returned to normal after four days.

The success of the seven-step program, which also recommends utilising local community organisations, has led to Dom being sought for comment on COVID-19 responsiveness in a school education context in Europe, the UK and Canada.

Underlying Dom’s success in education and his responsiveness to COVID-19, is the care that he fosters between and among people. This reflects the same care that was afforded him all those years ago when given work experience at UC. The support of his father and the positive feedback given by a UC PE lecturer removed the uncertainty Dom felt as a young Year 12 student.

From work experience at UC to head of an international school in Denmark, leading exceptional school responsiveness to the COVID-19 pandemic, Dom has built on opportunities and experiences that he is now passing on to another generation of learners.