What does being first in family to attend university mean to Professor Paddy Nixon?

“It was a really transformational experience for me,” says the University of Canberra’s newly-arrived Vice-Chancellor and President.

“My parents were determined that I would have the opportunity,” he says.

“And the university experience turned out to be about so much more than just gaining knowledge – it changed the way I thought about myself, my family, our place in society, our role in community, and in the world.”

And the importance and privilege of a university education was underscored by an 18-month pre-uni job as an inner-city youth community worker.

“I was shocked to see the levels of malnutrition and unemployment in the community,” he says. “I think that sparked my passion for equity and widening access, for people being afforded a fair go.”

The Liverpool-born computer scientist saw the impact of his university experience ripple outwards, to affect siblings, cousins and friends, many of whom also went on to further their education.

And it resonated inward, crystallising his passion for catalysing change, opening doors and enabling opportunities for others – “the domino effect”, one he hopes to further in Canberra.

It’s been just weeks since Paddy arrived – fresh from his role as Vice-Chancellor of Ulster University in Northern Ireland – and he is completely in love with autumn in the ACT.

“I mean – 22°C and sunny? That’s like the hottest day of summer in Northern Ireland!” he says, arms spread wide in the sunlight-soaked side garden of Bimbimbie, the Vice-Chancellor’s residence.

Warmer still is the welcome Paddy has received from the UC community – even as he and his family arrived in the ACT just as it, like much of the world, entered into self-isolation in the face of the COVID-19 pandemic.

“We haven’t really been able to meet people in person, but we have been made to feel so at home, with the community sending messages and reaching out,” he says.

“Some even delivered games and books for the kids before we got here, because they knew we would be in quarantine for 14 days.”

It’s one of the best things about joining a small university, as far as Paddy is concerned – the chance to truly be part of a community, to know and care about one another, and to impact lives. 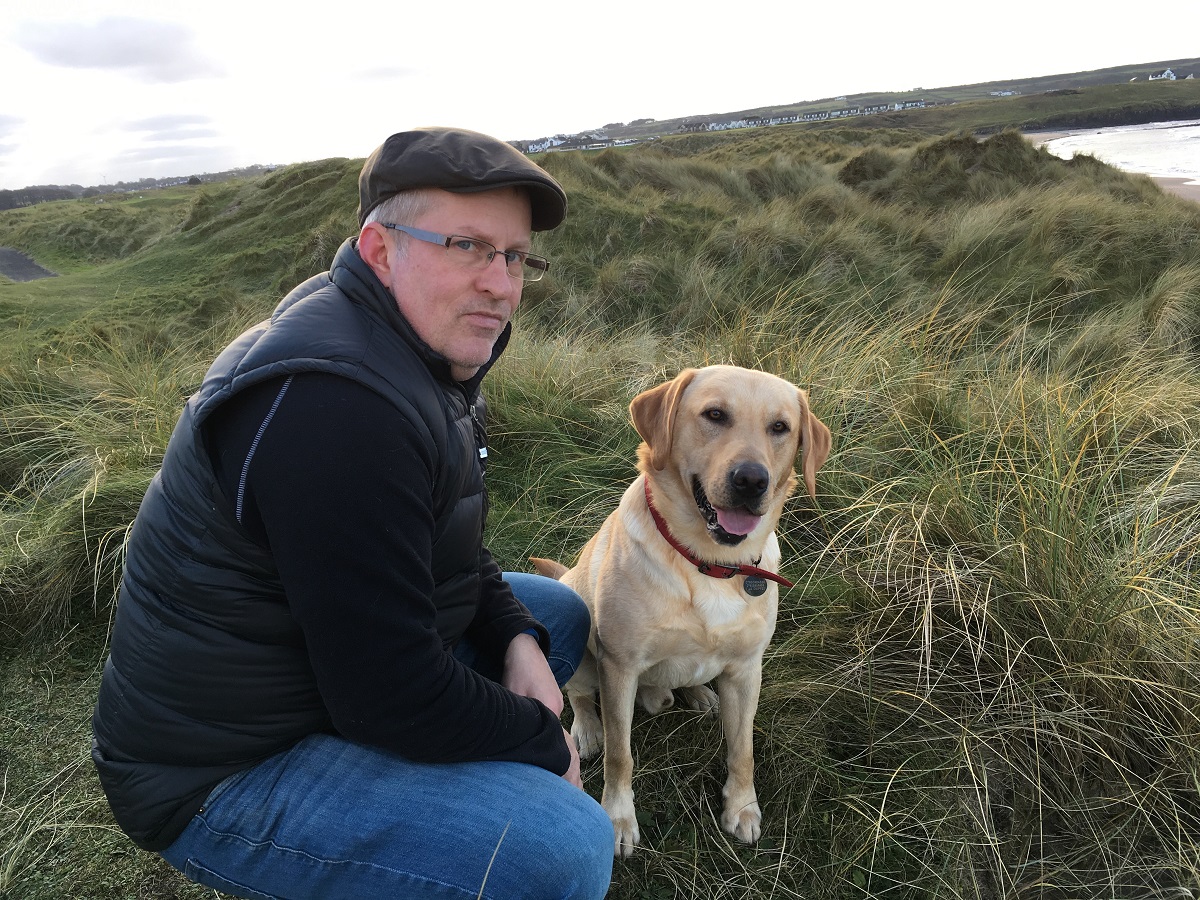 Another plus point? Smaller universities are more agile to respond to and lead change, Paddy says.

“That, and the fact that improving the student experience has been central to UC’s long-term evolution, has certainly helped in this time of change and challenge that we are all facing,” he says.

As far as Paddy is concerned, a university isn’t an ivory tower – it’s a grounded, warm, living community celebrating different ways of being, doing good wherever and whenever it can. And this feeds into its every aspect.

“It’s important to do world-class research – but it’s even more important that the research is relevant, and impacts the real world,” Paddy says. That’s what gives it meaning and dimension.

He’s always been fascinated by how technology, research and innovation can make people’s lives better.

“I got my first computer in 1983, a Dragon 32 – I never really got into computer games, but I did write some!” he says. More important to him was to write a program, aged 15, to help his dad better manage the school fund-raising lottery.

“When I was the Academic Director of Intel’s Independent Living and Digital Health, we explored concepts like using technology to keep older people in their homes, living safely and independently, for longer; predicting the likelihood of falls, and then preventing them with physiotherapy; detecting early signs of cognitive decline, so that interventions could be put in place … even measuring loneliness, in the hopes of addressing it.”

Paddy has vast experience working at the intersection of academia and industry, collaborating with global tech companies like Microsoft, Oracle and IBM, in addition to Intel; he is constantly looking to bridge the two, wherever possible.

Paddy’s focus on how technology can improve life means that he works at the centre of balance between foundational technology and creativity-driven design.

“Algorithms and equations may be the tools of a computer scientist, but you cannot do anything with them unless driven by creative direction,” he says. He’s looking forward to sharing such discussions with his PhD students (“Hopefully I have some!”).

“I’ve always supervised a few PhD students in my academic roles,” he says. “While the VC role means I can’t actually teach a whole course, I do hope to give a few lectures at least – I love teaching, so I don’t want to lose touch with it.”

Paddy’s new role as UC’s sixth VC and President marks his second foray into the Australian university sector – between 2011 and 2015, he was the University of Tasmania’s Deputy Vice-Chancellor Research.

But coming to Canberra now is a homecoming of sorts – his wife Vanessa was born here, and worked with the Australian Public Service before the family relocated to the UK.

“The university sector here in Canberra is exceptional – but even more importantly, has huge opportunity for growth,” says Paddy. “It may sound a bit trite, but Australian society is generally very egalitarian – and the can-do attitude here is what you need to effect real change.”

This feeds into the vision of educational opportunity for all, widening access, opening up pathways and routes to learning, “especially for the families and communities for whom it may seem a distant thing,” he says.

“I think universities should be innovators, should challenge the status quo. And I think UC has always been a bit contrarian, not one to follow the pack. Genuinely distinctive, because it is a civic university – it is growing in response to the city and the community, and is in turn contributing to the growth of the community.

“UC is only 30 years old, but sits in the top one per cent of the unis in the world* – what phenomenal numbers,” Paddy says. “I’m just grateful to now have the opportunity to contribute to its further journey. There’s so much to look forward to.”

*According to the Times Higher Education World University Rankings.

Words by Suzanne Lazaroo, photos by Rohan Thomson and supplied

The science says everything is interconnected, says ecologist and conservation biologist David Lindenmayer, headline speaker at UC’s 2020 Krebs Lecture – and if ever there was a time to listen to the science, it is now, in the wake of this summer’s fires.

The creation of a virtual community

Video games aren’t a new concept, but the way they’ve been used to maintain social connection during social isolation is.