The adage that ‘dynamite comes in small packages’ could have been written just for University of Canberra lecturer Shara Ranasinghe.

Shara is an energetic advocate for excellence in marketing communications. She is an inspiring teacher, known for going above and beyond to help her students succeed – and as such, the mastermind behind the Faculty of Arts and Design’s (FAD) annual Marcomm Awards, giving UC students the chance to work for real-life clients as part of their final third-year assessment. That’s just the tip of the iceberg that is her influence, her dynamic approach to learning

Even as she motivates her students to aspire to greater heights in marketing and communications, Shara is pursuing her own academic dreams, which have some serious potential for real-world impact for cancer patients and their loved ones. 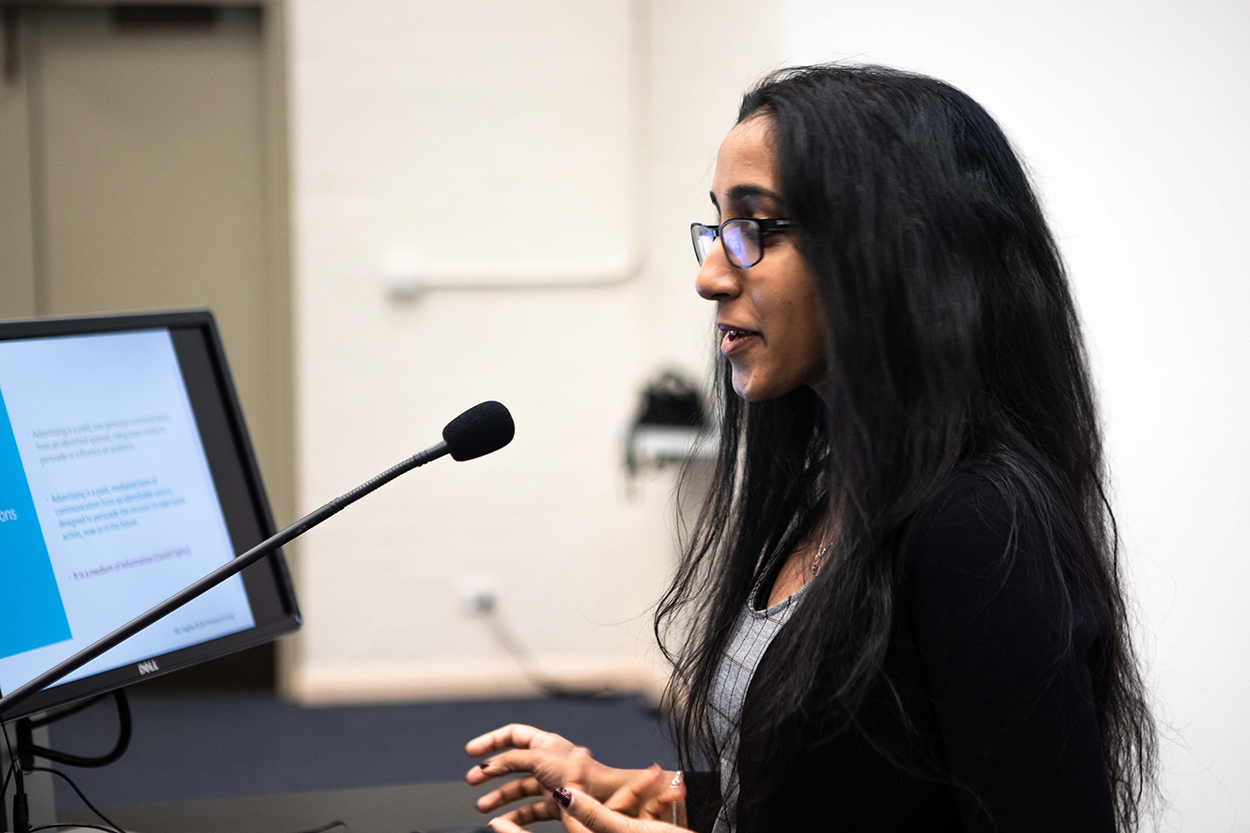 Shara is in the midst of completing her PhD study at UC, drawing on her own experiences to explore and improve communications around cancer via a Patient-Centred Communications (PCC) approach.

The mention of cancer can raise spectres of fear, vulnerability, disbelief and confusion for many people. With so many different types of cancer and so much about the disease that remains unknown, a diagnosis often results in a daunting and difficult journey for all involved – the patient, their loved ones and friends.

And the language with which the disease is described, engaged with and experienced is an often-neglected dimension impacting that journey. It can be confronting, drawing associations more closely related to armed conflict than to illness – cancer is a ‘battle’, someone in remission is a ‘survivor’.

Shara has had her own brush with cancer, but refuses to define herself by her diagnosis. And she always says, simply and matter-of-factly, that she is now “in remission”.

This choice of language in response to her cancer experience forms the cornerstone of her PhD. Her thesis examines communication in cancer care, and the need for improved communication practices between those impacted by a cancer diagnosis and the health practitioners they deal with.

“My thesis is about the communication experience of a patient when they are going through treatment,” says Shara. “This is an often overlooked area.. Communication generally focuses on a two-way conversation between the provider of health services and the patient.”

In reality, Shara says, it should be a three-way relationship with the dynamics being PCC between patients, oncology professionals and carers.

As a FAD lecturer specialising in communications and media, Shara is well placed to carry out such research.

“I’m using my communication expertise and personal experience to inform my research, which is cross-faculty due to the associated health component, and I’m learning so much about the psychology of health at the same time,” she says.

Her personal story gives her an insight beyond the academic.

Shara grew up in Sri Lanka. Her parents divorced when she was just five, and she remembers feeling unsettled as a child. Her challenges in childhood would turn out to gird her with strength for the road that lay ahead.

Shara was 22 when she was diagnosed with lymphatic cancer. At the time, she was in her final year as an undergraduate student in Malaysia.

Seven months later, she was in remission.

On the surface, it may sound like a simple process, but from the outset it proved to be anything but plain sailing for Shara. At the time of her diagnosis, she was far from home, unwell, and navigating an unfamiliar health system.

“I had a lot of communication issues going through treatment because of cultural and language differences,” says Shara.

A further blow fell, when she was told that she might not be able to bear children. 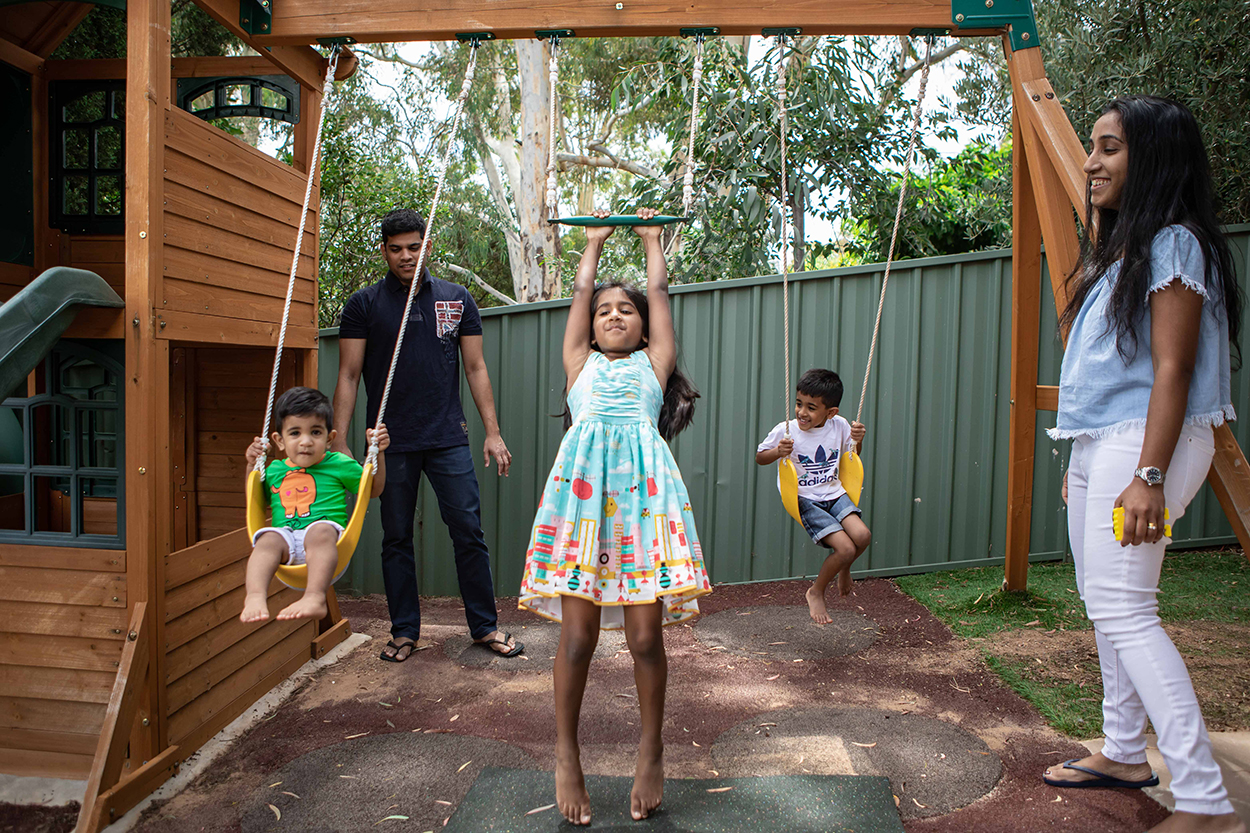 “My eldest child, Dinasha, – I call her my miracle baby,” says a very proud Shara.

It is her resilience and ability to overcome, despite the odds, that gives Shara an instant connection to the cancer patients involved in her research.

“People open up to me about my research when they find out about my own journey,” she says.

That journey includes learning about communication in relation to information provided by oncology professionals, which at times can be overwhelming to patients and their family or carers. As well as an understanding that cancer patients are at their most vulnerable when going through treatment, and knowledge of the best platforms for information access.

For Shara, her PhD is motivated by a broad need. “I always wanted to do something for the cancer community, and my PhD has the potential for practical impact that could prove significant in many lives,” she says.