There’s always a feeling of excitement when accepting your university offer, but for Adina Brown her acceptance into the University of Canberra (UC) has taken another meaning.

“When I got accepted, my family were so excited and so proud, but when my dad shared the news on Facebook, an uncle wrote to us and we found out his dad was the first Aboriginal  to graduate from Canberra Uni, back when it was the Advanced College of Education,” Adina tells UnCover.

Eager to find out more, Adina relied on family to explore the connection further.

“That uncle was my Pop’s cousin, and he was a Mathematician which I found really intriguing,” she adds. 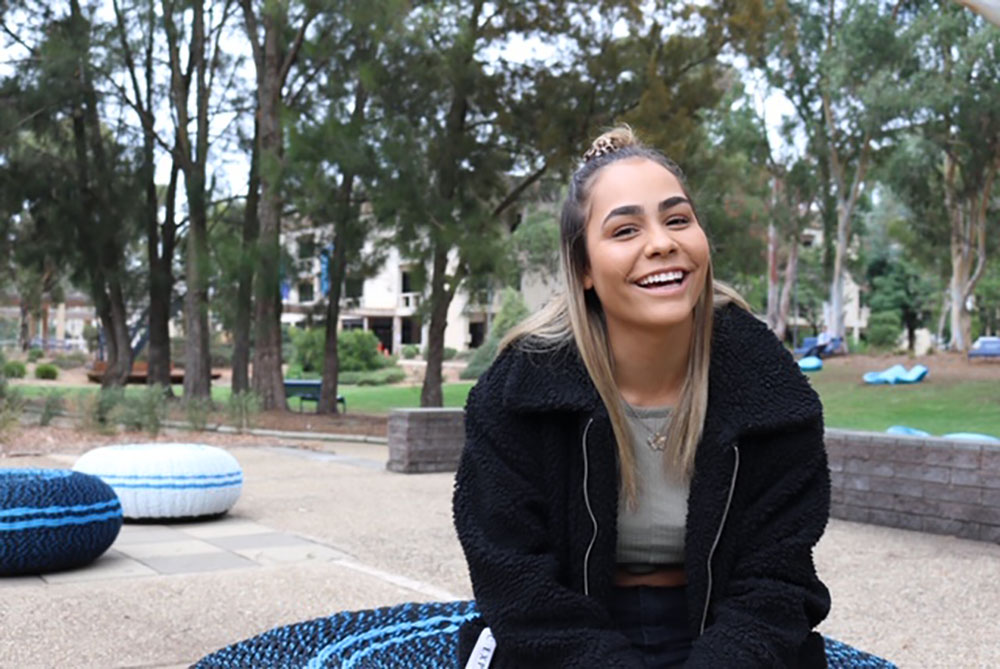 “It was really interesting to find that out, and when I spoke to my aunty about it, said told me he moved his family down here with his four kids and he was working full time and studying.

“He graduated with a Bachelor of Arts in Mathematics and got a scholarship to study in Canberra. I thought it was so amazing that I’m here now and I get to follow in his footsteps and be another generation of the family to UC and study, and I have a scholarship as well, so I feel really blessed.”

Adina says the discovery not only helped in creating a connection to her new environment, having moved away from her family in Sydney, but also made her want to share her Indigenous culture.

“Obviously the family connection makes you feel strong and comfortable in coming to UC, and because of the community itself and how welcoming it is,” she says.

“It makes the move feel as though it’s worth it. Being able to represent your culture in something that kind of pushes social boundaries is always positive.”

Adina is also using her experience to encourage younger cousins and family members to consider further study once they complete their schooling. 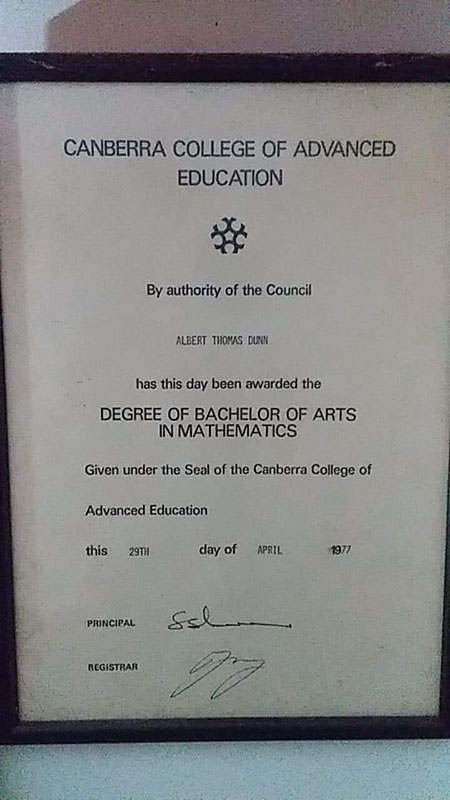 “I’ve been talking to my cousins, and they’ve been asking a lot of questions about coming to uni, and I get to share how well I’m doing and how comfortable I am at UC, and how getting away from your own area teaches you a lot about yourself.

“I think that’s empowered my cousin to move to Sydney and look at studying education and pushing boundaries herself, so it feels really good to be able to empower younger family members.”

As UC and Australia celebrate Reconciliation Week, Adina says there’s many things she’d like those unfamiliar with Aboriginal culture to know.

“The biggest thing I want to share with others about Aboriginal Culture is our past. I feel like it’s not recognised enough,” she says.

“Obviously a lot of Australians know Aboriginal people have suffered, but I think the next step in society is for people to recognise people still go through that hurt and it still follows a lot of generations with diseases, the Stolen Generation, and stuff like that.

“It’s about teaching people about that, as well as how rich our culture is, and how we’ve still survived despite it all, and we’re still going strong and we’re always going to have a united front and for people who might be scared to hide their culture, to get involved. It’s such a beautiful traditional culture, and to appreciate the land and people.”