A faded Victorian needlework sampler, a miniature (facsimile!) Hobbit skull, a slice of a space-wandering meteorite, iridescent butterflies gleaming under glass – the University of Canberra’s very own Wunderkammer has sprung to life at the Ann Harding Centre, and it is as eclectic and wonderful as its name suggests.

First appearing across Europe in the 15th and 16th centuries, wunderkammer (“wonder-rooms” in German) were fabled cabinets of curiosities, treasured collections of artefacts and relics, art and scientific objects.

“They have their origin in the Renaissance, a time which marked the start of scientific, anthropological and other exploration,” said Associate Vice-President of Campus Estate John Owens, as he officiated at the exhibition launch.

“Princes of the realm would collect precious objects, both man-made and of the natural world, and display them in their palaces – the Holy Roman Emperor Rudolf II had an entire wing of his castle in Prague for his collections,” said Alex Stalker-Booth, UC’s Collections Coordinator.

“A wunderkammer was a way to demonstrate power, acquisition of knowledge and patronage of the arts.”

Merchants and scientists also built their own collections. 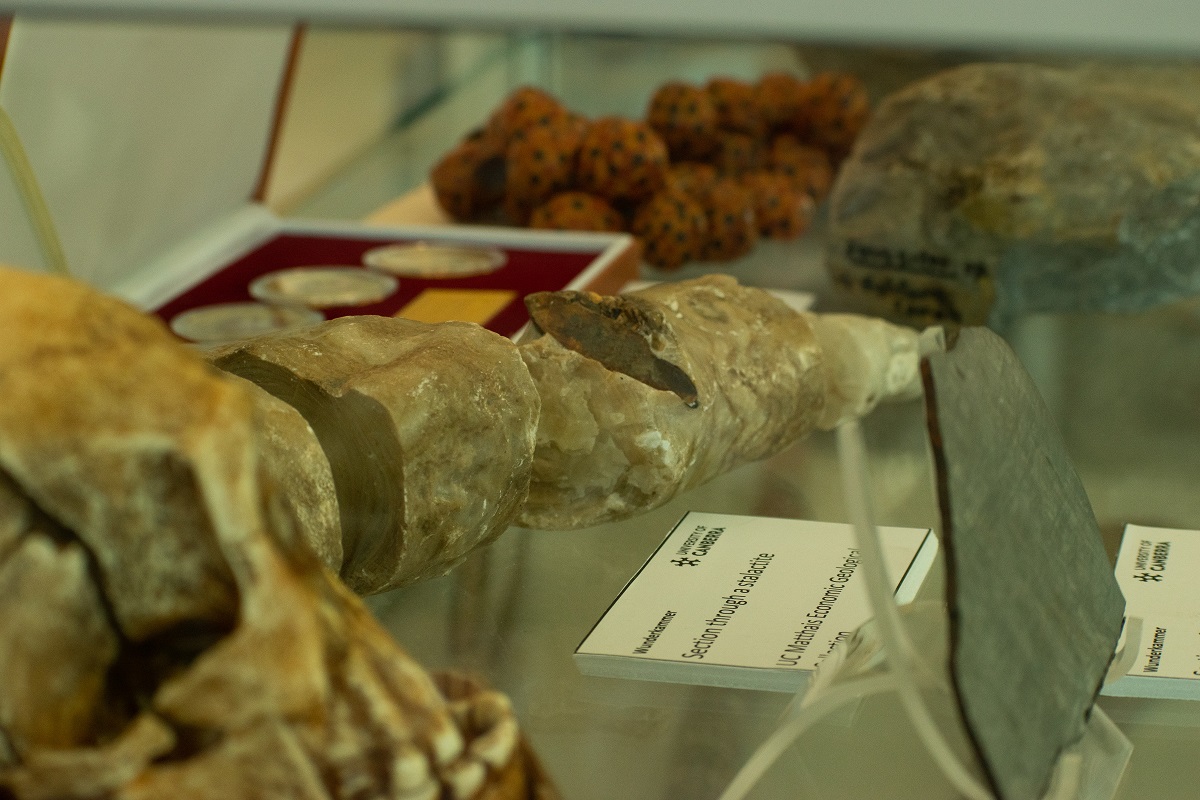 Wunderkammer were the precursors of the modern museum.

“Both the Ashmolean Museum at Oxford, the first modern museum in the world, and the British Museum, started their lives as wunderkammer,” John said. The Ashmolean was founded in 1683, by royalist, lawyer, antiquarians, scholar and collector Elias Ashmole and formed partly by his own considerable collections.

Alex has devoted the last six months to bringing UC’s very own wunderkammer to life, selecting items from the eight cultural collections on campus – the University of Canberra Art Collection, National Centre for Australian Children’s Literature, Indigenous Teaching Collection – sourced from remote communities for over 40 years – Matthias Geological Collection, one of the largest collections of geological specimens in the Southern Hemisphere, the Australian National Museum of Education Collection, Rare Books Collection, Ecological Wet and Dry Specimens Collections, and the Nursing Historical Collection.

“It’s a wonderful opportunity to pick the gems of each collection, and share them with the community,” Alex said.

The precious objects in the original wunderkammer were displayed aesthetically, rather than thematically. The 104 items on display at the UC Wunderkammer channel this spirit, but you’ll also find that Alex has drawn links in the narrative between some – such as the life cycle of a crayfish, immortalised in resin, from the ecological collection, which nestles next to fossilised crayfish specimens from the geological collection.

Many of the objects now on display have never been shown in public.

They range from a hunk of ancient limestone embedded with fossils – the oldest artefact on display – to a collagraph print from renowned Australian artist Arthur Boyd. There’s an original illustration from children’s book illustrator Steven Woolman – among other originals suspended on the walls – and Aboriginal instruments, implements and artefacts. 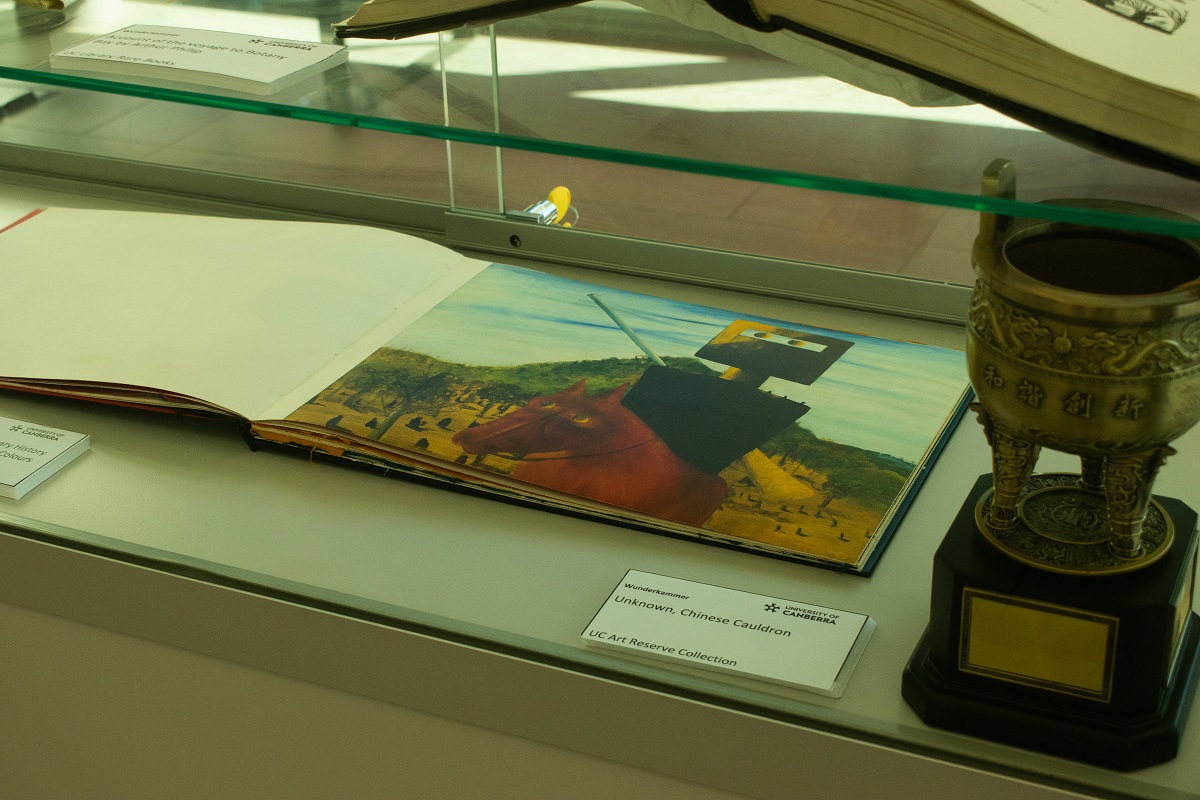 Rare books include The Evolutionary History of Ned Kelly in Primary Colours by Sir Sidney Nolan, which explores a poet’s view of the Kelly paintings, and The Heptameron by Marguerite of Navarre.

The rarest item on display is a victory medallion that was given to school children at the end of the First World War.

“There are also gifts from international partners, telling the story of UC’s ever-growing relationships with institutions around the world,” Alex said.

“Our UC Wunderkammer is all about exploration and interpretation. It’s a reflection of our history and present, an eclectic collection of objects – each with its own tale – that come together to tell our story,” said Alex.

The University of Canberra Wunderkammer Exhibition is on until 30 September 2019. It is open to the public daily, between 9am and 4pm.