The annual Stonefest music festival is finally returning to the University of Canberra this October, giving students the opportunity to feel the magic of the Stone-Fairy and write their names into the history of one of Canberra’s most revered institutions.

The festival had been on hiatus since 2012 and plans were underway for a full-scale reintroduction in 2019, when it – like many others – was affected by the COVID-19 pandemic.

But with all that in the rear-view mirror (we are touching wood for good measure) this year’s festival looks set to be the biggest Stonefest yet. Bolstering an all-Australian line-up including Vera Blue, Ruby Fields, Luca Brasi, Hope D, Arno Faraji, as well as local Canberran legends Archie and Miroji, it is set to be a massive relaunch of this iconic event

The legend of Stonefest begins when former Prime Minister John Gorton took a trip to Bruce to formally announce the opening of the then Canberra College of Advanced Education (CCAE).

However, it could never be as simple as that – a group of students pulled a prank on the Prime Minister and switched around some signage, sending him in the direction of the North Lyneham tip, the exact opposite direction he was supposed to travel.

He would later arrive to declare the new campus open and unveil the space to the world.

But instead of cutting a red ribbon with some oversized scissors and shaking hands with the new Vice-Chancellor and some wealthy benefactors, the Prime Minister opted to unveil the Foundation Stone from behind a curtain – revealing a large rock embedded in the campus grounds.

The day was promptly given the moniker 'Stone Day'. 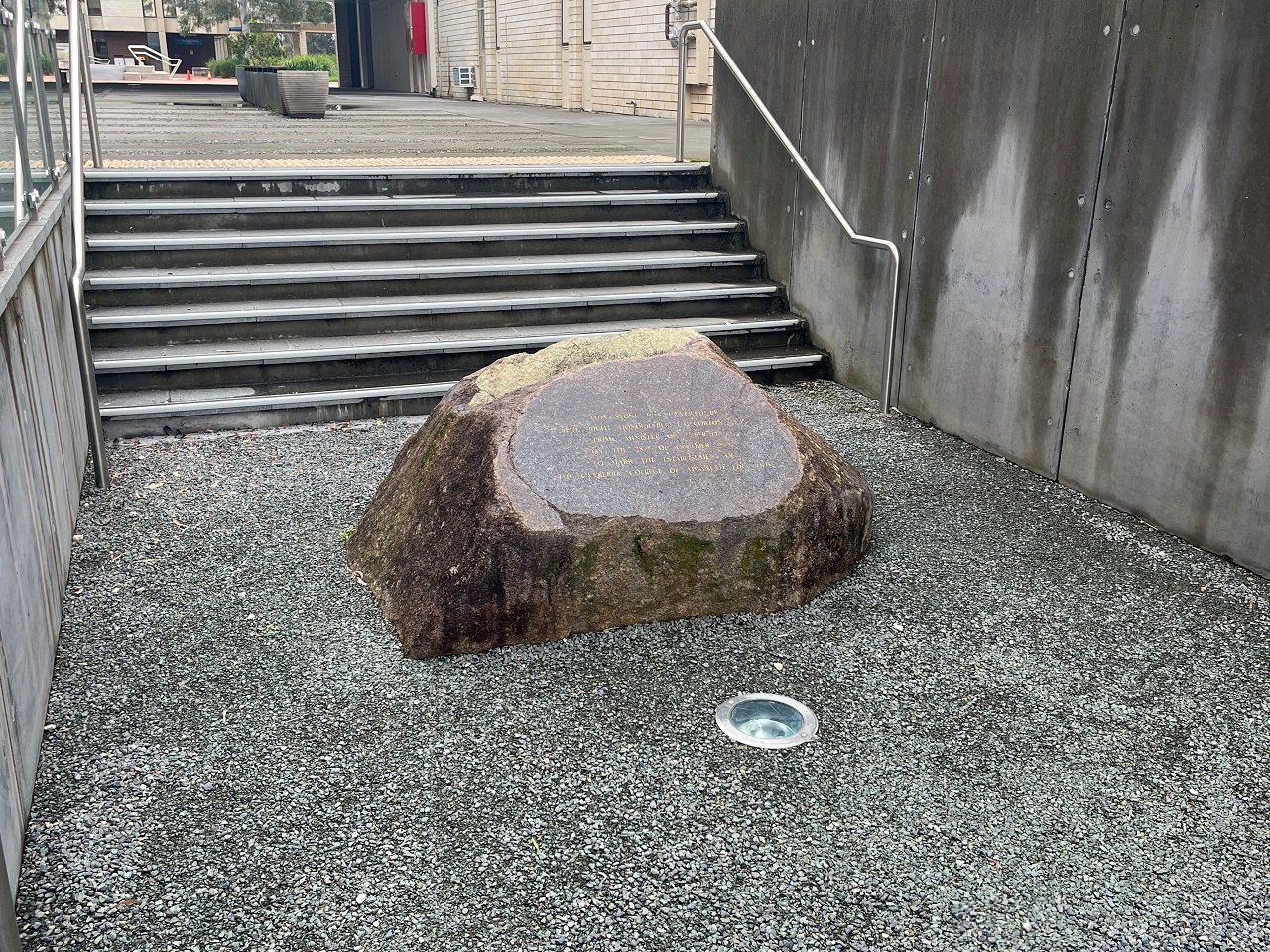 A history of mischief

During Stone Week 1974, the by then former Prime Minister Gorton visited the CCAE to re-enact the unveiling of the Foundation Stone. When he lifted the blanket, however, he found not only the fabled stone, but a young woman in a jumper with ‘Stone Fairy’ written on the front.

And with that, the legend of the Stone Fairy was born.

More notably, maybe, is the selection of “borrowed” animals that have made appearances over the course of Stone Weeks past – none of which will ever be more noteable than a fully-grown elephant that showed up on the back of a trailer back in 1976.

In the scavenger hunt that was held each Stone Week, teams were allowed to bring one secret item to ‘woo’ the judges in the case of a tie, and in 1976 one team went as far as convincing a circus to let them borrow their elephant for the day under the guise that there would be press coverage in it for them – this did not eventuate in the slightest.

What did eventuate, however, was a piece of Canberra history.

As the years went by (and certain animal welfare laws were established) the celebration evolved into one of Australia’s most popular music festivals, and certainly Canberra’s biggest.

The two-day festival quickly became the yearly highlight for many students and grew into a rite of passage for all that passed through the University’s doors.

Some of the biggest names in Australian music could be found at any one of the yearly Stonefests including Spiderbait, Paul Kelly, and the Hoodoo Gurus, to name a few – and during Stonefest 2002 – A New Frontier, one of the band members from TISM famously climbed the stage structure completely naked.

UC alumnus Simon Adamson, was at the University from 1998 to 2002, and attended Stonefest during this time.

“I attended Stonefest when it really started to get big in 2001,” Simon says.

“There were food vans, there were people everywhere and I remember the bar was absolutely packed.

“It was definitely around that time that Stonefest really started to gain its reputation of being a really big festival.”

For many years, this was the case in Canberra,

But during the mid-noughties, other festivals like Groovin’ the Moo (also held at the UC campus), and the Foreshore Music Festival, began contributing to declining attendance numbers.

After a shaky Stonefest 2011, which saw the line-up changed and downsized a month out from the event, the organisers made the decision to downgrade the festival back to its ‘Stone Day’ roots for 2012, which remained the case until 2019.

And after two years of the pandemic, the festival is looking to make its mark on the Canberra scene once again.

A big part of Stonefest will also be re-establishing itself within the culture of the University, as for a long time it was such a key component of student life on campus.

Charlotte Anderson-Clift, the organiser of Stonefest spoke on the importance of Stonefest for the community and for the University.

“Having something at uni to be proud of is a big part of university culture, and a festival that brings big names and that you can go to with your friends is something that enhances the student experience” Charlotte says.

“We’re really proud of the festival, and we’re going to be pushing and building momentum for it be bigger and better.”

Stonefest also has a deep history of supporting and nurturing local Canberran bands and acts, and this year is no different, with two local artists opening the festival.

“Stonefest brings attention to local artists, and we’ve made a really big point this year to have two of what, we think, are Canberra’s next big up-and-comers as our openers.”

The opening act for the 2022 festival will be local Canberran electro-pop duo Miroji – Gogo on vocals, and George on production.

What started out as a small side project to pass the time, has blossomed into one of Canberra’s hottest and most sought-after acts in recent times.

“We’re super excited for the next few months. Stonefest will be our biggest show not only as far as size but also the biggest in how we run our show as well.”

And as for what to expect at Stonefest, the duo says that people should be prepared for some new material that no one has heard yet.

“We’re getting some really cool s**t ready for Stonefest,” George says. “I’m getting this new piece of equipment, so we’ll be bringing some stuff that no-one’s heard yet, so get ready for that.

“I’ve been trying to get G [George] to do some singing, and he’s secretly a really good rapper so maybe for Stonefest I can convince him to bring that out,” says Gogo.

But one thing is for certain – these local favourites will be starting Stonefest off with a bang.

Want to read more about the history of UC and the CCAE? Got a story to share? Check out the Personal Histories Project, which collects, preserves and shares the stories and experiences of the people who have made us who and what we are.