For many people, playing at a national level for one sport would be a fantastic achievement – for Kiarna Woolley-Blain, she’s decided to take on the challenge of competing in two very different disciplines.

Kiarna, who is studying a Bachelor of Business and Sport Management at the University of Canberra, is passionate, hard-working, and humble – traits that many successful sportspeople can begin to lack, as their career progresses from amateur to professional. And for Kiarna at this stage, she’s making that leap as she continues to pursue both of her sporting ventures – javelin and AFL Women’s (AFLW). 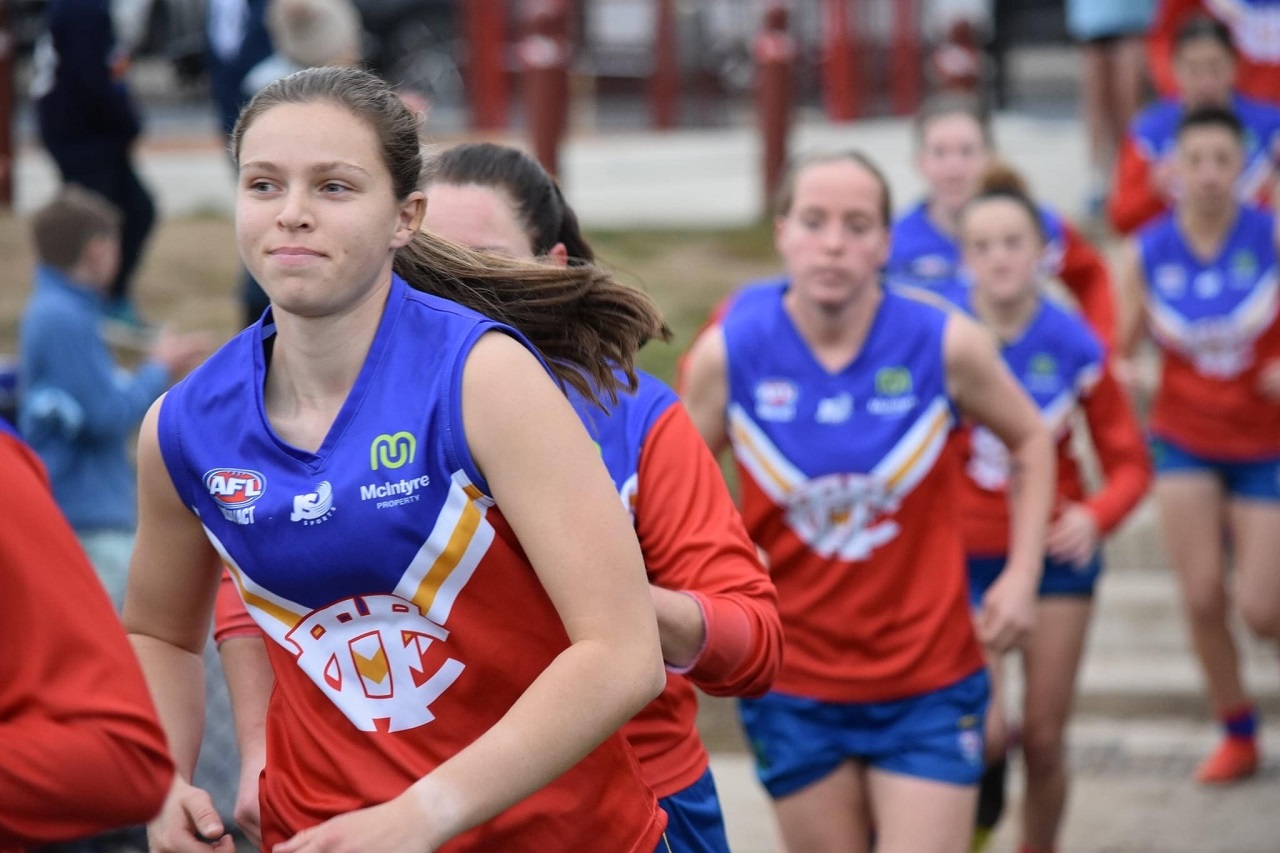 It’s for those reasons that she was the recipient of an Eldon and Anne Foote Elite Athlete Scholarship earlier this month, something she says came as a huge relief.

“I moved out of my parents’ home on the South Coast at just 19 – and since then, although I’ve been living on my own independently in Canberra, they’ve made financial contributions to ensure that I can compete and train in the way I want to,” Kiarna says.

“Receiving this scholarship will mean that I can finally start paying for things like that, as well as travel for competition and experience, without having to ask them for money.”

Kiarna sustained a foot injury earlier in the year, which has meant she’s been unable to work in her usual role at AFL Canberra. It’s also been a set-back for her in both sports.

“I got a Lisfranc fracture in my foot while playing AFL, which is a really rare type of break,” she says.

“I had surgery to correct it, and I’ll still have to get another operation to remove the screws and plates. The recovery time is a good seven months.”

That’ll mean her role teaching kids to play footy is temporarily on hold. The job – with AFL Canberra – began as a temporary traineeship, before turning into a casual career prospect.

It’s a role that Kiarna enjoys, and can see herself staying in long-term.

“Last year, I worked as a trainee for AFL Canberra, and I’m a casual with them this year. I teach little kids how to kick a footy, which beats working in an office job!” she says.

Until her foot is healed though, Kiarna will be watching her students from the sidelines. 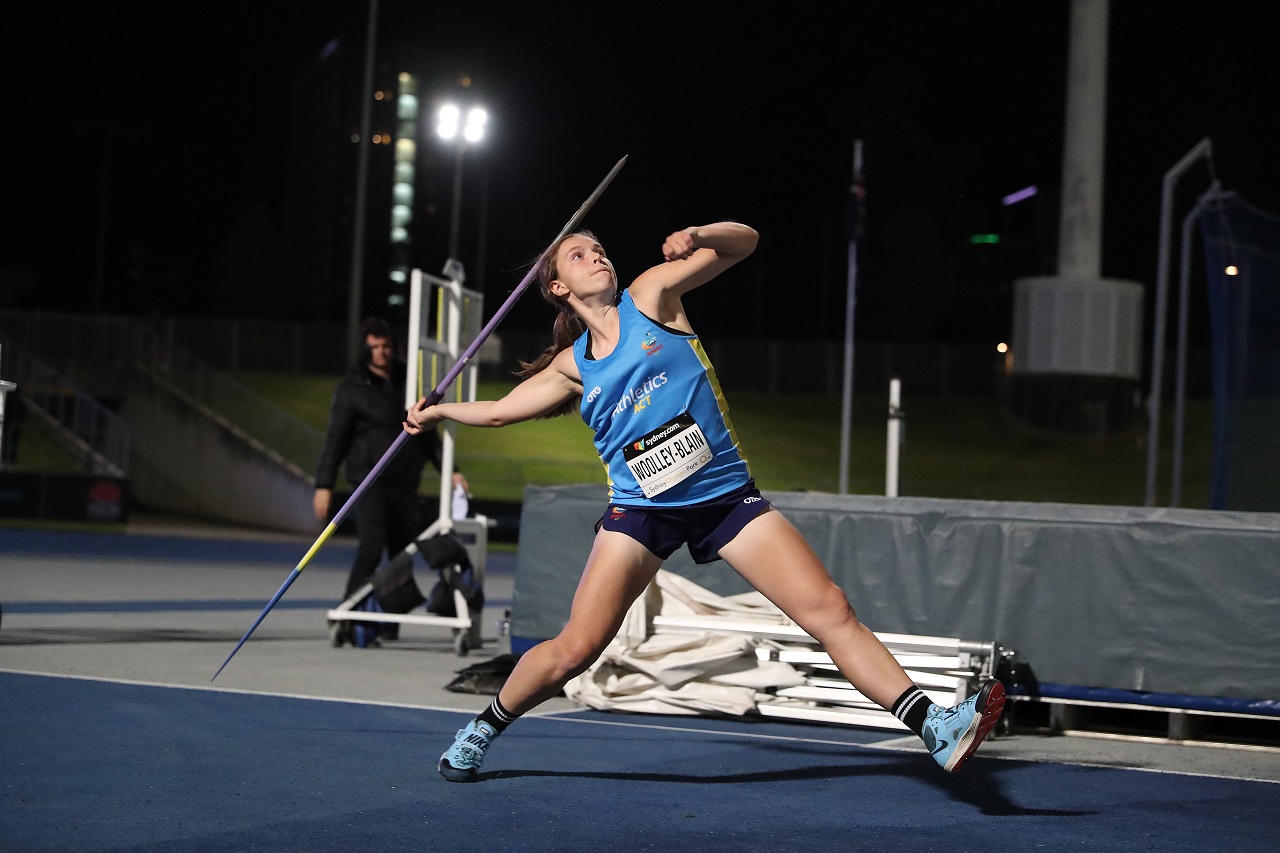 Aside from her time on the football field, she also trains and competes in javelin, a sport she picked up during her time participating in Little Athletics as a child.

It was during high school that Kiarna began to excel in the sport, going on to win several age-based competitions.

“Being involved in both javelin and AFLW is intense – but I still can’t choose between them, and I don’t think I need to yet,” Kiarna says.

“It is intense, doing both, especially with the travel and on weekends, it’s likely I’ll play footy one day and compete in javelin the next – I just have to hope that they’re in the same city.”

Earlier this year, Kiarna played in the AFL Summer Series – a new competition created in 2022 between the GWS GIANTS and the Sydney Swans, to scout emerging female talent.

She played in the GIANTS team with players from across the ACT and NSW, as well as some from her home club of Tuggeranong. 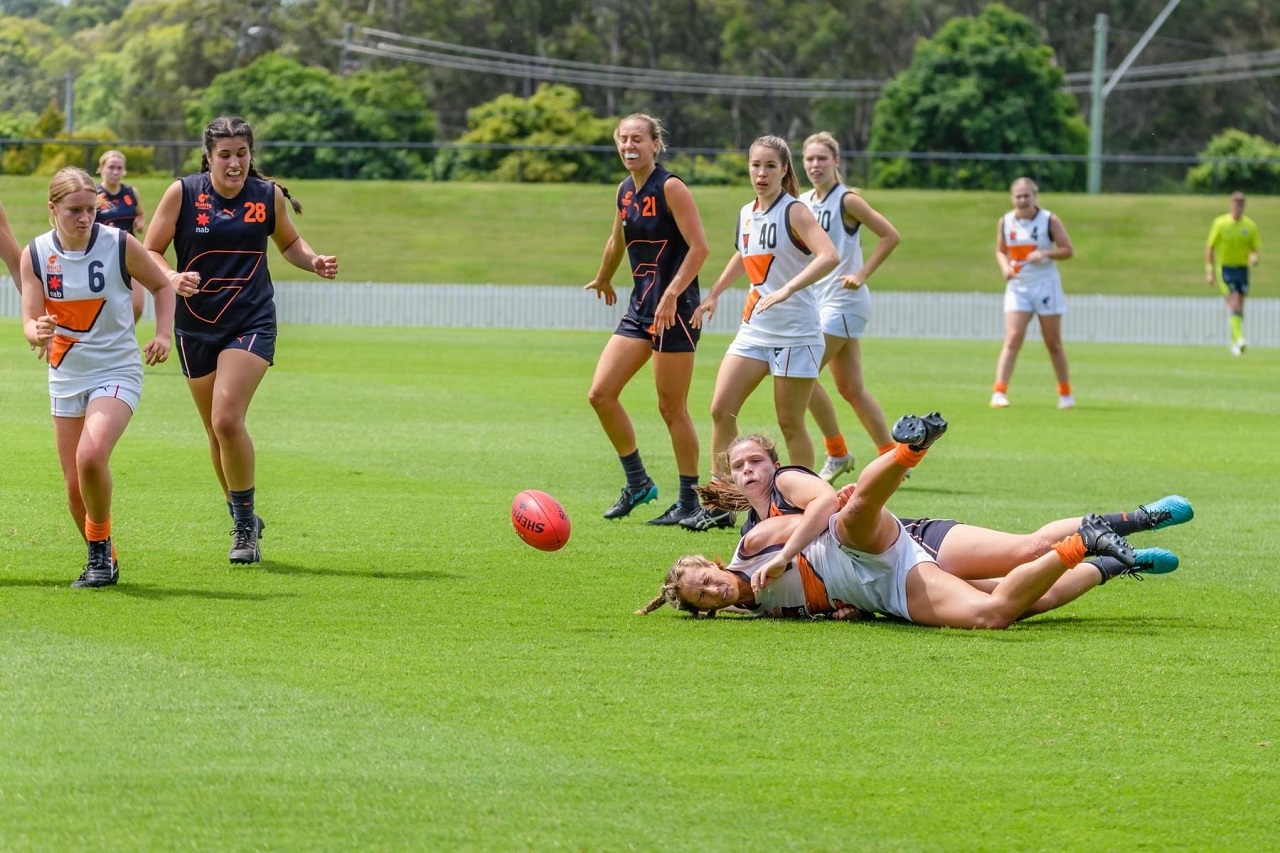 And, as Kiarna explains, things are looking positive for female players in the sport.

“There are four new clubs being brought into the AFLW this year, which means there is way more opportunity to be drafted,” she says.

“It’s good to see that the AFL has kind of grown and decided they want to commit to women’s sport, and that they have a focus on gender equality.”

By 2023, all 18 AFL clubs will have an AFLW team, a big move considering its beginnings as an eight-team competition in 2017.

“Women are also starting to be paid to play – their salaries are still not equal to the men’s salaries – but it’s slowly growing,” Kiarna says.

“I think it’s certainly made a difference in the way that women are perceived in the industry, and also to the perspective of those wanting to come into the sport.”

As part of her job with AFL Canberra, Kiarna is involved with Auskick programs dedicated solely to young girls – and it’s one of the things that she loves most about her job.

“We can grow them up into a space where they can not only play, but have female mentors and players to look up to,” Kiarna says.

“Just knowing that they can build their sport into a career can make the world of difference.”

University of Canberra PhD student Xi Li is very happy to be back in the city she has adopted as her home.

UCRISE PhD student Alice Wallett always dreamed of attending the Olympics as an athlete. Now, she’s found her calling working in medical and recovery at the Tokyo Games.