I’m a teacher educator at the University of Canberra, and a part of my job is helping students negotiate the bureaucratic aspects of their chosen profession. This is not my favourite task: I prefer spending time supporting the emotional and intellectual development of the young teachers themselves.

I like to remember the concept of seeing education as ‘small’ and ‘big’, in the manner coined by the late American educator, Maxine Greene. A ‘big’ perspective is when you move in close to the life of a student. You find out about their loves and hates, their learning style, what it’s like to be in their family. ‘Small’ is when you telescope out, to see the student in relation to the system. You focus on bureaucracy, rather than individuals.

My son Nick has always pushed me to ‘see big’. Very big. Not long before his tenth birthday, Nick told me he was transgender. Actually, what he told me was that he was a boy and he needed to live as a boy and to have a boy’s name. He also rather urgently needed me to do something about the school toilet situation and he was keen for me to sort out his fears about impending puberty.

In his own words Nick says:

Something I say often is that you can lose memories but you never forget the way you felt. If I’m honest, I remember very little from the early stages of my coming out, because it was traumatic.

I wasn’t ignorant to what people said about me, I saw the looks, heard the passing comments. But what I knew when I came out to my mum is that I needed that change, I needed to be a boy. I was scared, terrified even. But I trusted my mum and I was willing to withstand what was coming in order to live my life as it needed to be lived.

“Coming-out” stories have become so common in the media that they’re almost formulaic. But in August 2014, we’d never known another transgender child, and it soon became apparent that there were no other ‘out’ transgender children in Canberra primary schools. In truth, Nick’s revelations were both minor – he had been presenting as fully masculine for some time – and enormous, because Nick’s Dad and I really had no idea what to do.  We did know, from the time of Nick’s coming out, that our child would follow a path far from ordinary and pre-determined.

Nick’s Dad and I soon became minesweepers, clearing away the small stuff, skirting around the potential explosions.  There were no “trans child rule books” about negotiating names, pronouns, health cards, education, counselling, clothes, sport, toilets, changerooms, passports, birth certificates or health care. The principal of Nick’s school did everything he could to ease Nick’s social transition. Nonetheless, I became aware of parents and teachers who could no longer meet my gaze. It was humbling to see, as a white middle-aged, middle-class, straight woman, that my presence had become awkward and that I was now – albeit fleetingly – the “other.” 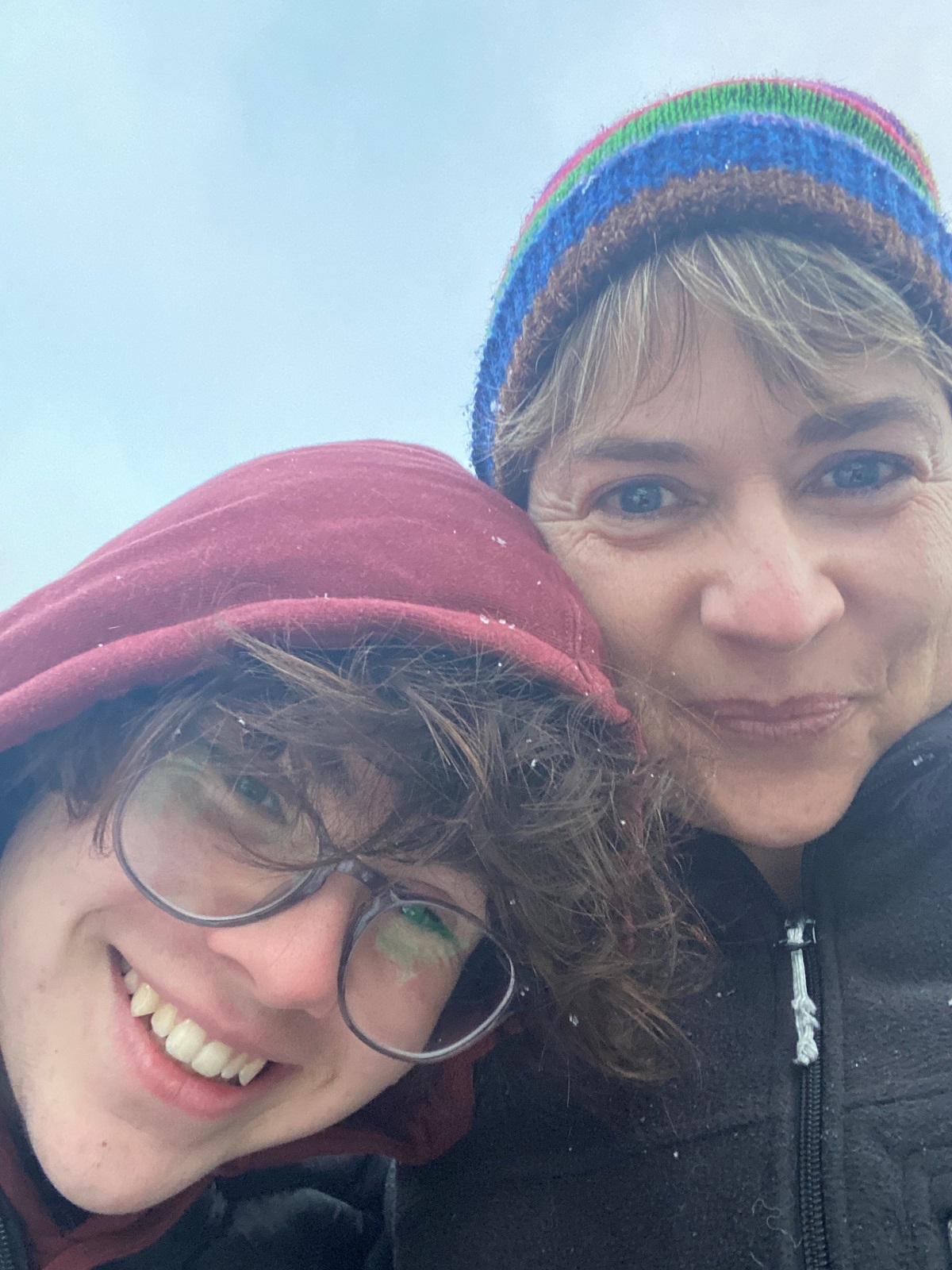 I haven’t even mentioned yet the socio-political changes that were just about to take off: the plebiscite leading to the Marriage Equality Act; the Safe Schools ‘debate’; the US ‘bathroom bills’ and Trump’s transgender military ban. The Australian Family Court (re ‘Jamie’) had determined that court authorisation was unnecessary for ‘Stage One’ treatment for transgender children in 2013, and earlier in 2014 a group of committed activists had succeeded in their campaign to allow transgender people in the ACT to alter the sex identification on their birth certificates. ‘Re Kelvin’, removing the need for trans children and their parents to apply to the courts for ‘Stage Two’ treatment, was still years away: it was finally determined at the end of 2017.

The social, legal, political and health changes in the past seven years have been wonderful, but none of them happened by accident.  Today, if a trans kid transitions without fuss, it’s because they are standing on the shoulders of thousands of people who came before them and fought every step of the way. In the life of a child, bureaucracy should be small, but for transgender children it can be a behemoth, preventing them from existing in a place without turmoil.

Our whole family has suffered mentally and physically. We’ve had the support of several amazing organisations – A Gender Agenda, Transcend and the Paediatric Unit at the Canberra Hospital in particular – but in between the appointments, forms and campaigning, we’ve also grappled with opposition from our extended family. These weren’t challenges that could happen between 6-8am in the morning and 6-8pm at night. At the end of 2017, Nick’s Dad quit his fulltime job in order to support and look after our children. At one point we were in danger of losing our house. We’ve hung onto the lower rungs of Canberra middle-class privilege by our toenails.

Here, I have to be very clear: Nick’s Dad didn’t quit his job because Nick came out as transgender. It wasn’t direct cause and effect, but through the process of Nick’s transition we all lost some of privileges that until then we probably hadn’t questioned enough. Lack of good health, time, support and money are still pernicious problems for many LGBTIQ+ folk and we’ve experienced only a faint echo of these struggles. Nonetheless, I grieved the loss of ease and simplicity in all of our lives: for a while my heart literally ached.

None of this compares to the strength that Nick needed every day to turn up to school and to turn up in the world. The counsellor and academic Elizabeth Riley said to me that the whole of society is, in a sense, a form of gender conversion, because most people and institutions will respond more favourably to a person who presents as cis and straight. This is undoubtedly true, but Nick has never faltered. His older sisters have also been incredible: they’ve been consistently kind, curious, honourable human beings under pressure. It’s often been hard for them to perform traditional ideas of ‘success’ but I burst with pride when speaking of all three of them. 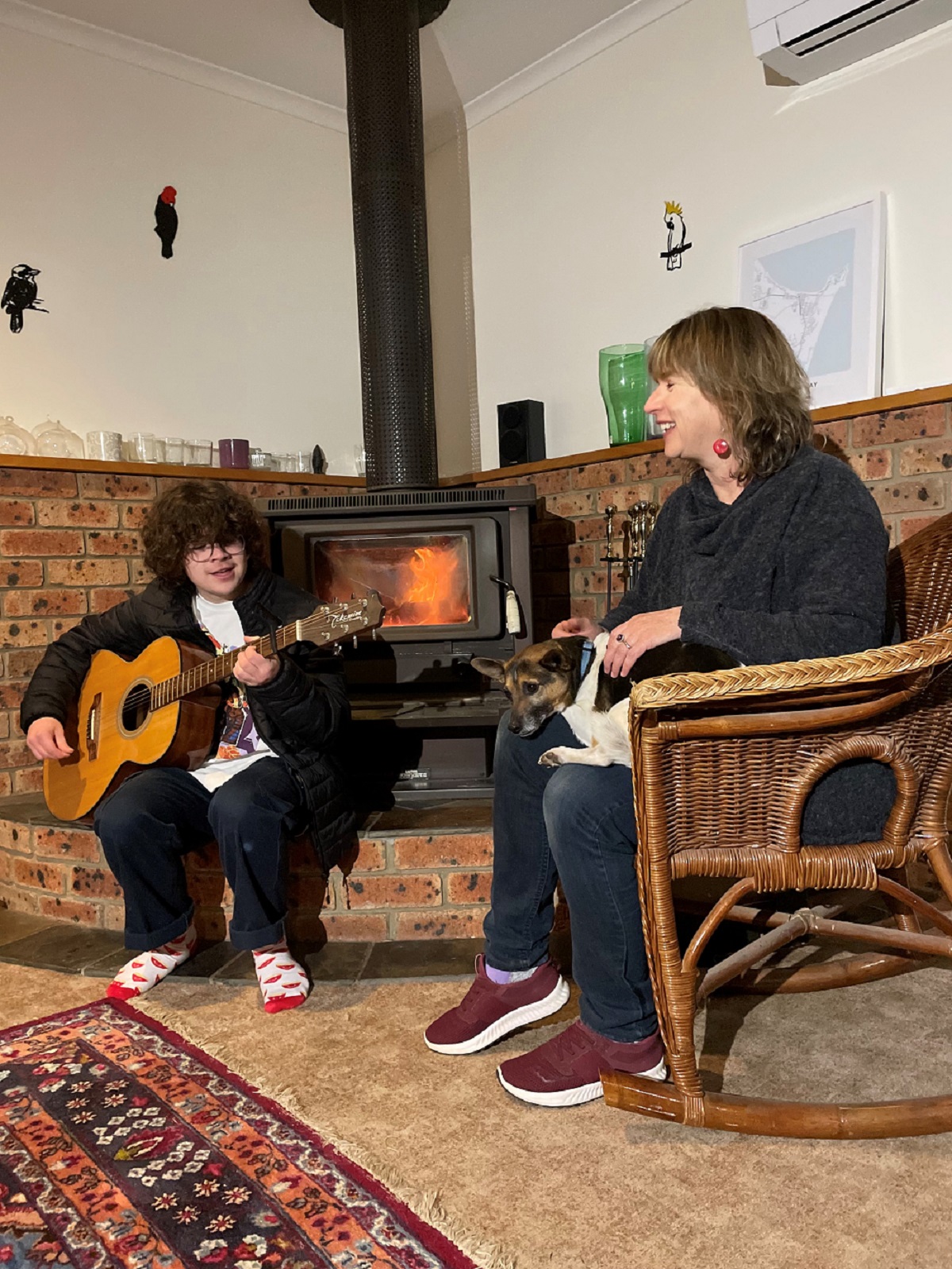 Let me return to some of the ‘big’ things.  Firstly, Nick’s experiences often inform my teaching of preservice teachers. Sometimes it’s just about explaining that as much as 1.7% of the population are intersex, so dividing your class into ‘boys’ and ‘girls’ might throw some students into confusion. I teach literacy, so I enjoy explaining that the plural (or nonbinary) pronoun, ‘they,’ dates from the 14th century, and that many Indigenous languages use pronouns to indicate animacy rather than gender. Everyone’s perception of their lived experience is gendered and this is reflected through our use of language: it is not a niche or ‘special interest’ issue.

Nick helps me remember that his life is huge with possibility – and marvellous really.

I don’t know what the future holds for me. But over my 16 years I’ve learned to trust the process. My family and I have been through hell and back… multiple times. But every time we have come out the other side bigger and better people. I’ve found my passions, I love to act and perform, skateboard, play music, I love the people I surround myself with and I’d do anything for them. Through my life things will change, but that’s okay because people have continued to believe in me, and now I know that I can do whatever I set my mind to.

The evening when Nick first told me he was a boy, we needed to go and pick up his sister from soccer practice directly after his revelation. I still remember how Nick danced and skipped ahead of me. He seemed lighter, ebullient even. This is one of my sweetest memories: nine-year-old Nick, dancing under the floodlights on a winter’s evening at the sports oval, seemingly without a care in the world.

BroadAgenda Editor’s note: This piece was written with Nick’s full permission and input. He took part in the editing. As the saying goes: “Nothing About Us Without Us”.

This article was first published on BroadAgenda on 29 September 2021.

Rachel is a senior lecturer in teacher education at the University of Canberra. She has previously completed research about successful tertiary pathways for students from a refugee background. She is currently involved in an Affiliated Schools project investigating media literacy training for primary students. Her passion is exploring the intersections between literacy and social justice.

Lismore floods: ‘We escaped with our lives’

Last year, independent disability carer Lauren De Groot and her daughter Freya lost their house to fire – her Lismore flat was flooded in February, and she is now living in a borrowed caravan. Their story illustrates how women and children are often worse off in emergency situations.

Lauren Beckman writes about the need for accountability among feminists, as she takes on anti-vaxxer 'wellness warriors'.