The University of Canberra has paid tribute to Adjunct Professor Michael Bryce AM AE, after his passing on 15 January 2021.

As an Australian architect, and graphic and industrial designer, Michael was an Adjunct Professor of the University’s School of Design and Architecture since 2007.

Born in Brisbane in 1938, Michael completed his study in architecture at the University of Queensland before moving to London with his wife Quentin Strachan, who went on to become Australia’s first female Governor-General.

Upon his return to Australia, Michael established his own Brisbane-based design practice in 1968, and was recognised across both graphic and environmental design.

Among his notable projects, Michael designed signage for the Commonwealth Games, the Government of Queensland logo and was the principal design adviser for the 2000 Sydney Olympic Games.

Current University of Canberra Emeritus Professor Gevork Hartoonian, along with Professor Craig Bremner, worked with Michael in the School of Design and Architecture.

The pair commended his contribution both to the industry and the UC community. 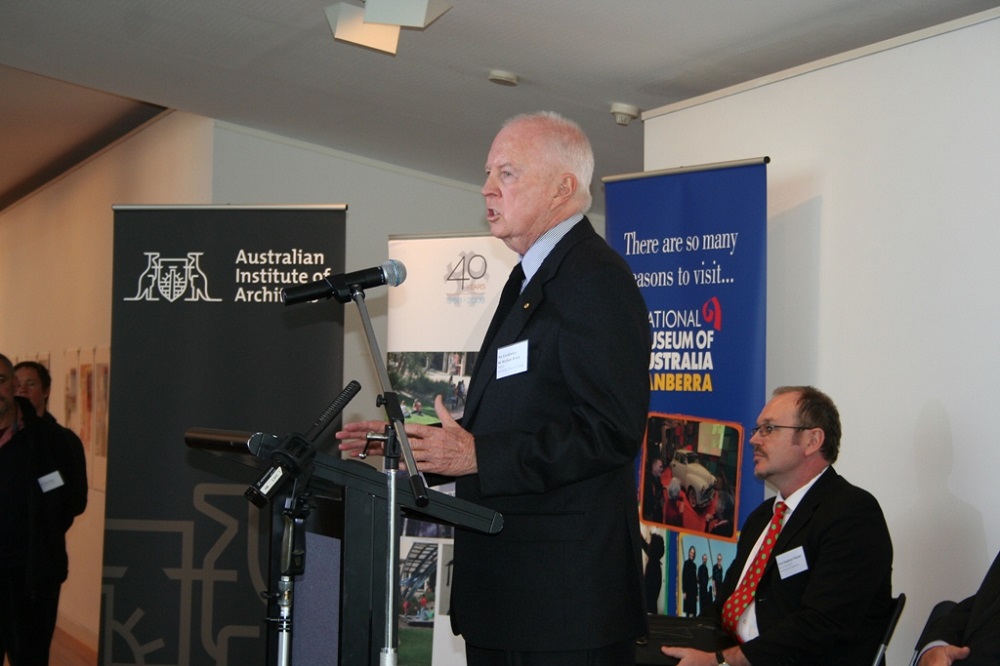 “While working at the School, he was instrumental in initiating the Canberra Biennial – a design festival in one of the very few ‘designed’ cities in the world,” Gevork said.

“Throughout his career, Michael was strongly committed to design education, and participated actively in the programs of the many universities to which he was attached.

“Also, throughout his career – but perhaps this is less well-known – he mentored many graduates and practitioners, many of whom are now influential architects and designers in Australia.”

Among his many awards across the decades of his career, Michael became a Life Fellow of the Australia Institute of Architects and was welcomed into the Design Institute of Australia’s hall of fame in 2006.

During the same year, Michael was made a Member of the Order of Australia (AM) for his development within the industrial, graphic and commercial design architectural industry.

Michael retired in 2008, and was awarded the highest design award, the Australia Design Prize, in 2020.

UC’s Deputy Vice-Chancellor and Vice-President Academic Professor Geoff Crisp, said Michael had made an invaluable contribution to the University.

“The University of Canberra has been truly honoured to have had Michael as part of its community for nearly two decades,” he said.

“He was an asset to both the University and the wider design community, and our thoughts go out to his family.”