It’s a large operation, and one that requires all hands on deck. To manage workloads, the ABS employs a dedicated workforce – which this year, includes three University of Canberra students.

Sabrina O’Sullivan-Fox, Eddison Roberts and Rose Catania were chosen to be involved in the project as part of the Faculty of Arts and Design’s Professional Internship Program, which allows students to undertake extended paid internships with select partners.

The Bachelor of Communication and Media students – all in their second and third  years – are currently five weeks into a ten-week internship working as part of the 2021 Census Communications team. With the ongoing pandemic, this year’s Census is one of the most important in history and the interns have an important role within the department. Throughout their time at the ABS, each intern has the opportunity to be exposed to a range of communication streams.

The interns lead a national public relations project, lighting-up over 25 landmarks across Australia in orange to raise awareness of the importance of filling out Census on August 10. The orange light campaign is intended to remind Australians of their duty to fill out their form. 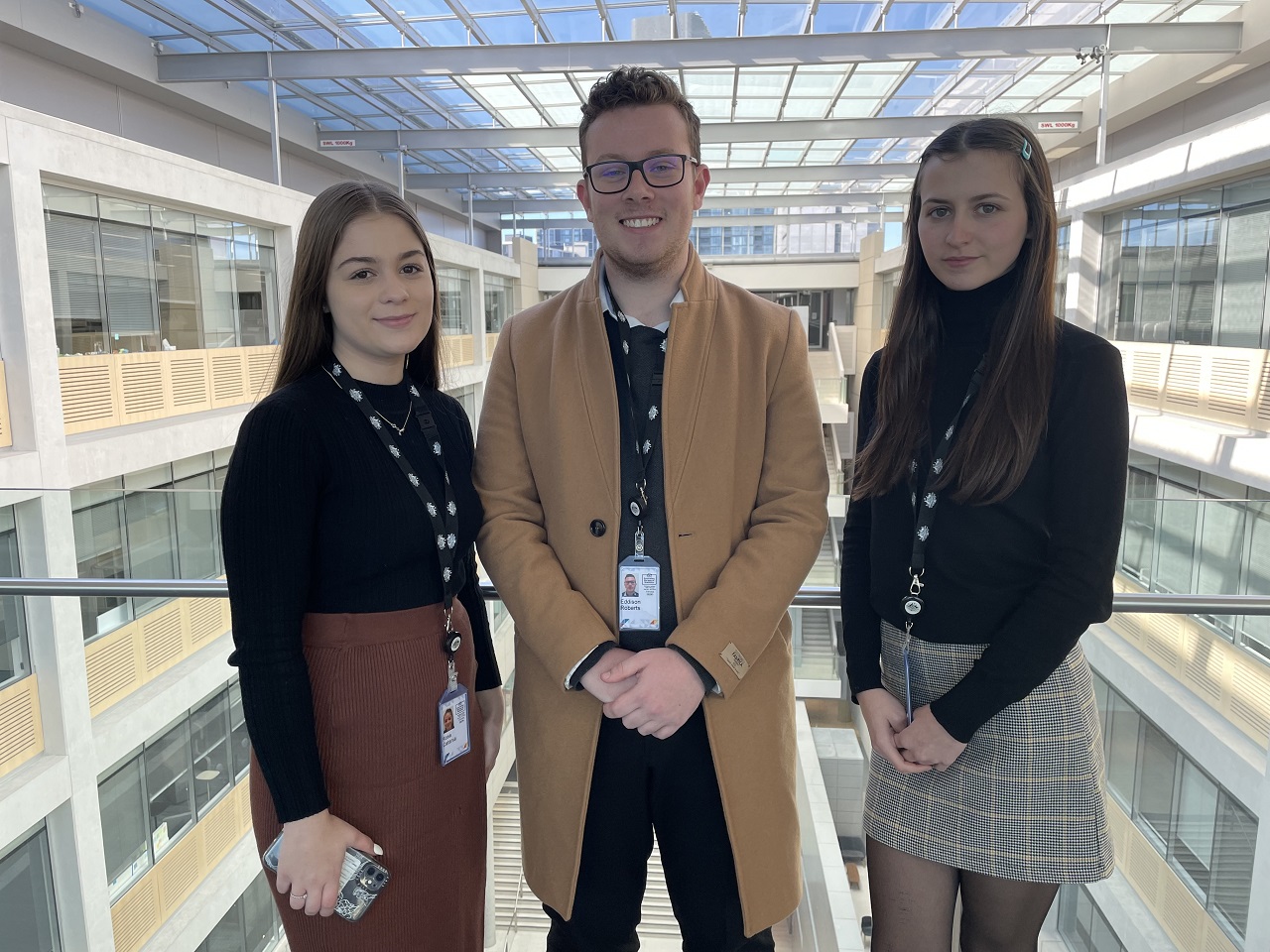 They’ve also been able to apply their skills in other areas, including media and stakeholder engagement, campaign advertising and reaching diverse audiences, including Aboriginal and Torres Strait Islander communities, and those from multicultural backgrounds.

Each intern has worked under the guidance of senior ABS staff to ensure they are able to learn to the best of their ability.

“We're grateful to UC for their support in arranging the internships. It's been great having the support from Sabrina, Rose and Eddison on such a significant national campaign. They joined us at a critical time, and really hit the ground running,” says Naomi Harvey, 2021 Census Campaign and Public Relations Manager.

Content creation has been a key part of the interns’ experience, where they have used their skills to create case studies, media releases, internal communications campaigns, social media reporting, content production and proofing advertising materials.

“The Census is the largest logistical peacetime operation in Australia. Our communications have to reach over 10 million households in urban, regional and remote areas right around the country,” says Cathie Kennedy, 2021 Census Communication Director.

“We have one of the most complex government campaigns, and it has been wonderful to have Sabrina, Rose and Eddison join us to help ensure everyone in Australia participates in this five-yearly snapshot.”

“We are eternally grateful for this rare opportunity to be a part of such a crucial piece of Australian history” Sabrina says.

Conducting research about how sporting clubs can use the Census data to support their local community, Sabrina used the skills from her Bachelor of Communications to interview the head of Corporate Affairs from Gungahlin United Football Club.

“I truly feel as though this experience has prepared me for my future career, as well as opened my eyes to the importance of the Census” Sabrina says.

Eddison has been placed in the campaign team, and has faced several PR challenges – including undertaking an adaptive communications approach due to the ever-changing Sydney lockdown.

“I was pleased to be able to be able to work on a range of internal communications in addition to executing a successful engagement activity to raise awareness of Census night on August 10,” Eddison says.

“Working alongside some of the most experienced communicators and industry professionals has given me a professional skillset full of additional knowledge, which I can apply to the classroom and future experiences.”

“This internship has allowed me to work closely with industry professionals in a range of different communication streams, specifically the media team,” Rose says.

“Some of the tasks I have completed include proofreading and sending media releases to the national media, reviewing and responding to media enquiries, web publishing, writing news points and working on a national PR for Census night.”