Retirement is a dirty word for Gevork Hartoonian.

But at 74 years of age, he will officially hang up his academic gown and cap at the end of 2020, when he retires from the School of Design and Built Environment at the University of Canberra.

Gevork was born in Iran in 1946. He grew up near his grandfather’s farm and completed his schooling there. Following high school he attended the then named National University of Iran and graduated with a Master Degree in Architecture and Urban Design.

“A lot of people are surprised that we had very good architecture programs in Iran,” Gevork says.

“They were very traditional programs that followed the protocols of French and Italian schools of architecture.”

Gevork says that he loved almost every aspect of his time at university in Iran.

“Because of my family background in farming, when I entered my first year in the school of architecture, I really enjoyed the studio environment – even though it was such a contrast to the environment I grew up in,” Gevork says.

“It felt almost free, it was open, and it didn’t have the regiment of traditional classrooms. It allowed for a closer relationship with instructors and as a result I learnt well.”

Although throughout his teenage years he held an interest in engineering, Gevork says that passion morphed into a love for architecture and design. Inspired by American architect Louis Kahn, he applied to complete his PhD at the University of Pennsylvania ‒ where Louis was teaching at the time.

“I went to America because at the time the great American architect Louis Kahn was teaching at the University of Pennsylvania."

"Unfortunately, by the time I got there he had passed away, but his influence remained part of the architecture program there,” Gevork says.

After completing his PhD, Gevork was still highly motivated in his chosen field that had since become a passion, and he moved to New York City to teach at Columbia University.

Throughout his time at Columbia University, Gevork says he was impressed by its program and the history behind what was taught there. It also helps, he says, that the campus is located in one of the world’s greatest architectural cities.

Despite the allure of the bright lights of New York, something was pulling Gevork to Australia. The opportunity to shape the architecture program at the University of Sydney was the role that inspired him to make the move.

“A colleague of mine at Columbia University knew that Sydney was beautiful and when he told me that there was a perfect job available as a historian at the University of Sydney, I knew I had to apply,” Gevork says.

“I got the job and within weeks I landed in Sydney, Australia. I had been teaching there for about three years, when it was brought to my attention that the University of Canberra was looking for an Associate Professor.” 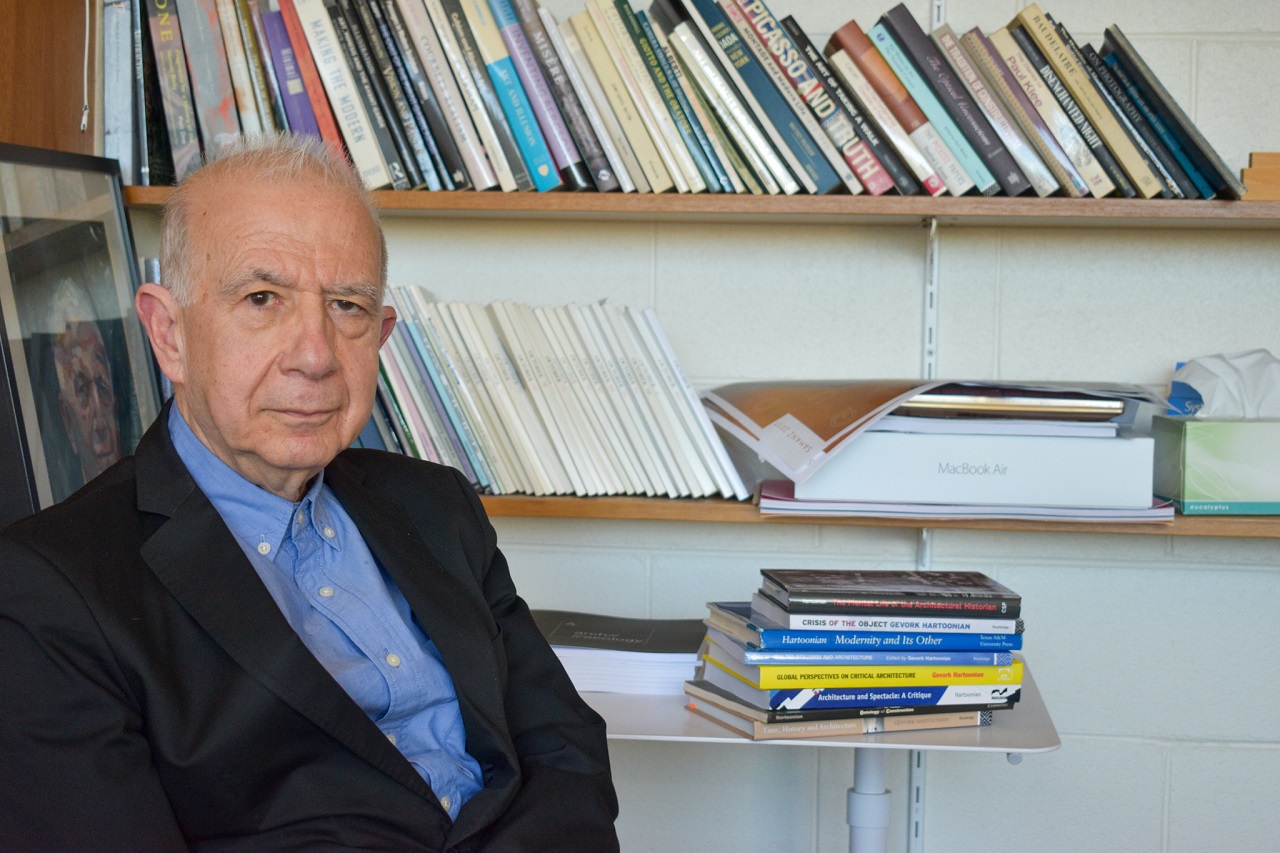 He applied at UC and in July 2003 was offered the role of Associate Professor. His love for Sydney, however, held strong and he commuted to Canberra each week for five years, before finally making the move to the ACT.

He hasn’t looked back since.

Gevork finds motivation in a lot of things – the view out of his office window over the Brindabella mountains, the positive reviews of his books that still flow in, in spite of being published years ago, but mostly, he’s motivated by his students.

They’re the reason he’s continued working into his 70’s. And they’re the reason that even though he will officially retire later this year, he’ll still make himself available for casual teaching, consultation and advice.

“Teaching is joyful for me,” Gevork says.

“Seeing students progress, and seeing where they go in the future is satisfying. Hearing that they liked my teaching methodology is the best thing about it.”

And although he taught at world-famous institutions like Columbia University and the University of Sydney, he has a soft spot for UC after spending 17 years at the Bruce Campus.

“At the end of the day, I’m very happy with what I’ve done at the University of Canberra and that I’ve been able to make the school of architecture better,” he says.

“Today we are in good shape and I think I’m leaving it in a good place for future students and the next generation. I think when they graduate, they’ll be happy that they chose UC.”

His advice for those considering architecture?

“Architecture is something you have to be passionate about,” he says.

“It has something that teases you; that makes you fall in love with it.”

Canberra recently bid farewell to Derek Wrigley OAM, one of its leading designers in the 20th century – and well into the 21st. The pioneering designer is also the man behind the University of Canberra’s distinctive logo.