It’s the moment Hew Sandison has been working toward since graduating from the University of Canberra in 2013 with a Bachelor of Media Arts and Production degree.

The film he co-produced, Her Own Music, has been listed as one of 10 finalists in the Dendy Awards for Australian Short Films at the Sydney Film Festival.

The category has been the springboard for a number of prominent filmmakers including Jane Campion and Philip Noyce. This year, the competition is tough - some of Australia’s best young producers and directors are in the running. Her Own Music - which tells the story of a model student who tries to keep her relationship with another girl secret out of fear for her reputation - is very much a collaboration.

“The script was written by a close friend. I resonated with it and believed in it, as did the rest of the creative team. We all wanted to realise it and, after many years, we’re finally here,” Hew says.

As with most short-film projects, it wasn’t easy. There were several unsuccessful attempts at grant funding, but as Hew reflects upon the time, he says that this is where the skills gained at UC came to the fore.

“UC’s film courses gave me the breadth of skill needed, helped me find some of my most trusted collaborators and provided me with an understanding of every aspect of filmmaking.”

With an enthusiastic volunteer cast and crew, Hew and the team eventually they pooled their own money to shoot Her Own Music in Sydney. Post-production then took place across Sydney, Melbourne and Canberra, where Hew edited the film.

“My degree equipped me to make films at a professional level with limited resources.” 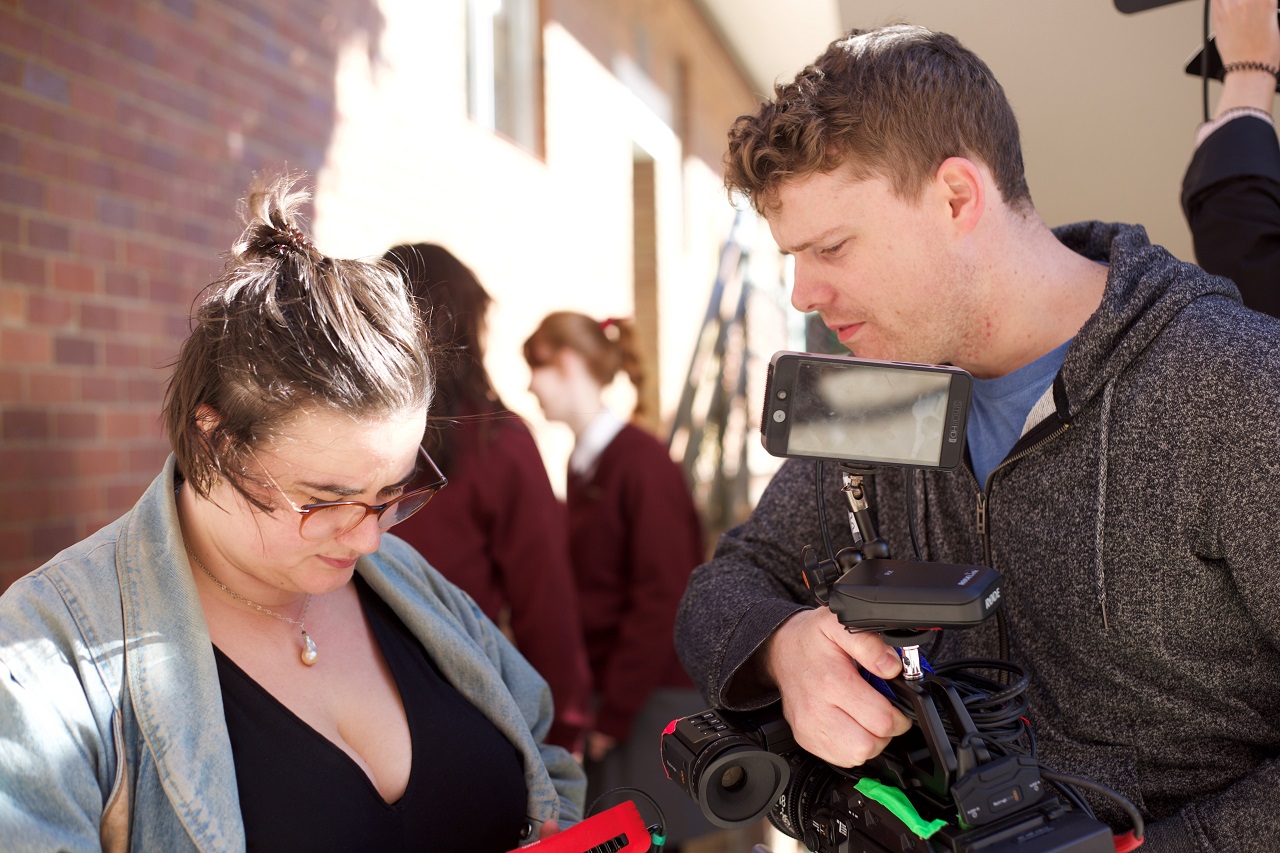 Since graduating, Hew worked in advertising, with digital publishers, on films and television shows and freelanced as a producer and editor, predominantly creating content for museums and galleries. He has gone on to make eight short films including Her Own Music as well as a short documentary and a web series.

“The Sydney Film Festival is by far the biggest recognition I’ve had for a short film. It’s a wonderful credit to Olivia, Alexandra and all our collaborators that the curators believed our film fits among the official selection,” says Hew.

And with COVID-19 shutting down large gatherings, the Sydney Film Festival in 2020 has become a digital experience.

The judges for the award are some of the biggest names in the industry; George Miller and Bryan Brown are just two of the well-known adjudicators.

But beyond the festival, Hew has plans in foot.

“I run a production company that works with writers to develop their films and television ideas into solid first drafts. The long game - and it’s a long one with the average time from ideation to screens being about eight years in Australia - is feature films and television.”

Hew says he always had a passion for film making coming through Canberra’s Marist College and with family in the industry.

But it was his sheer persistence and effective networking that enabled him to take that next step in what is already shaping up to be a memorable filmmaking career.

Lifelong learning and a love for Canberra

Panisara Sutthikanjanawong moved to Australia to learn English at age 18 – and hasn’t looked back.

University of Canberra alumnus Sam Tomkins has come full circle, returning to UC as a Lecturer of Design.