A horse riding accident in the Snowy Mountains while on holiday in 1995 changed Sue Salthouse’s life forever.

Sue sustained a broken back. At 45 years of age, now a permanent wheelchair-user, she experienced first hand the battles faced everyday by people, particularly women, with a disability. This included the significant issues of securing employment and finding suitable housing.

In the ensuing years Sue has devoted her life to improving the lives of others. This is why she garnered enormous respect from within the disability sector and the wider community, resulting in the award of ACT Senior Australian of the Year.

“It’s a great honour and a great opportunity to focus on the work in the disability sector,” said Sue, “My concern is financial security for people with a disability.” 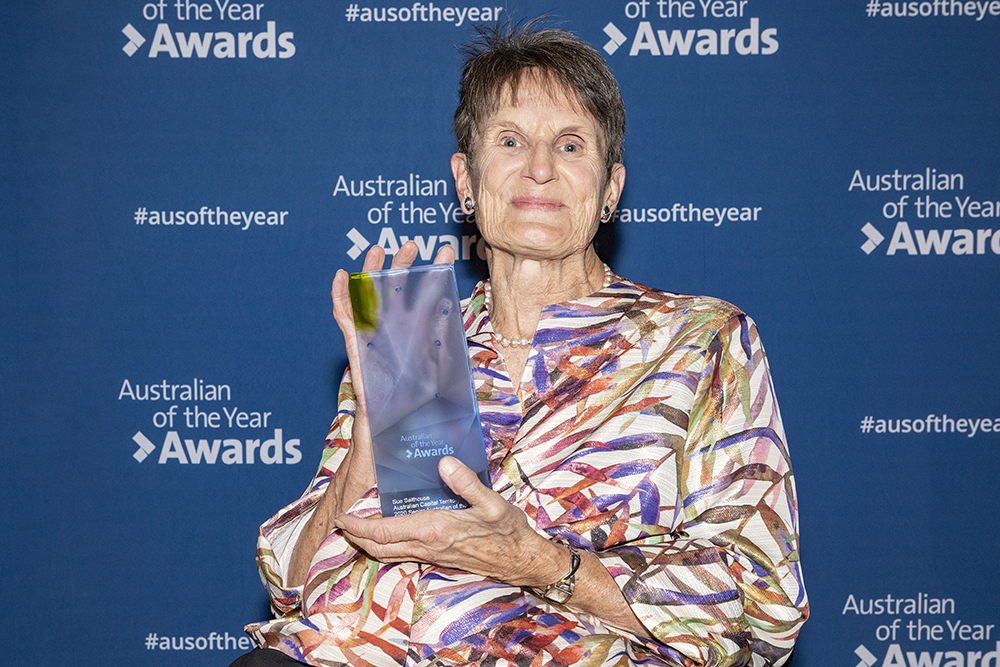 True to her word, Sue is keen to ensure the opportunity isn’t lost in her role as a leader in the sector and somebody with a track record for forcing change to the systemic inequality facing people with disabilities. For Sue, it comes down to the rights of people with a disability to contribute to society.

Sue wants equality across a range of lifestyle issues that are taken for granted by many in the community, including employment. She says it’s the key to improving the lives of people with a disability, but there are barriers which Sue is determined to break down.

Despite her role on the UC Council finishing a couple of years ago, Sue still has a strong connection to the University, particularly in the work being done in the area of analysis.

Sue is praiseworthy of the work being done by the Institute for Governance and Policy Analysis (IGPA) at UC to illustrate the issues relating to equality for people with a disability. She readily quotes a number of telling statistics, which highlight the issues faced by those with a disability including the high percentage of people on Newstart who have a disability. She says these statistics emphasise the work that still needs to be done in this area.

The need for equality is a theme that is constant in any conversation with Sue.

“When people are discriminated against, it creates a power vacuum where they are easily exploited and subjected to violence. This has been one of the reasons for the Royal Commission.”

The Royal Commission is looking into violence, abuse, neglect and exploitation of people with a disability and was established earlier this year.

Sue has been particularly concerned about how the intersecting issues of gender and disability discrimination affect women. Establishing programs to combat domestic violence are particularly required in response to this concern.

Sue holds positions on a number of boards including the Independent Advisory Council of the National Disability Insurance Scheme, which undertakes research and gives advice directly to the NDIS Board.

Sue has won a number of awards for her work including being named Canberra Citizen of the Year in 2015 and now the ACT Senior Australian of the Year.

She has used her ability to advocate to great effect within the sector and is clearly a proud Canberran, “We have so many positive things here in Canberra. We have social justice values which underpins what the government is trying to do in terms of equality”.

Sue, Canberra is fortunate to have you in our community.

Words by UnCover team. Photos by Lightbulb Studio and supplied.