Sometimes, Jace Reh feels like he’s wearing a name tag reading ‘Transgender: Ask Me About It!’.

As a visible, out-and-proud transgender man, he gets lots of questions about the community.

And for the most part, the University of Canberra Bachelor of Communications and Media student and President of Rainbow UC is happy to respond to respectful enquiries, because he feels that sharing knowledge and experiences is an important part of building bridges and stoking empathy.

“Some people ask about things that are none of their business – like my genitals, or who I have sex with – and that can be pretty invasive,” Jace says.

“But most people who come up to me start out by saying that they have a daughter or friend or colleague who identities as trans, they just genuinely want to know more – and I am happy if I can help.”

A good guide if you’re not too informed about transgender issues, and want to know more but are unsure of how to ask: Consider how you’d feel if someone posed a particular question to you, or a loved one – if you wouldn’t ask it of your cisgender, heterosexual friends, then odds are it shouldn’t be asked at all.

“I think one of the best ways to broach the subject is to say ‘Hey, I’m interested to learn more about the trans experience, could you share it with me?’,” says Jace.

And to remember that people are just people – in all their glorious diversity – and there are as many trans experiences as there are cisgender ones. 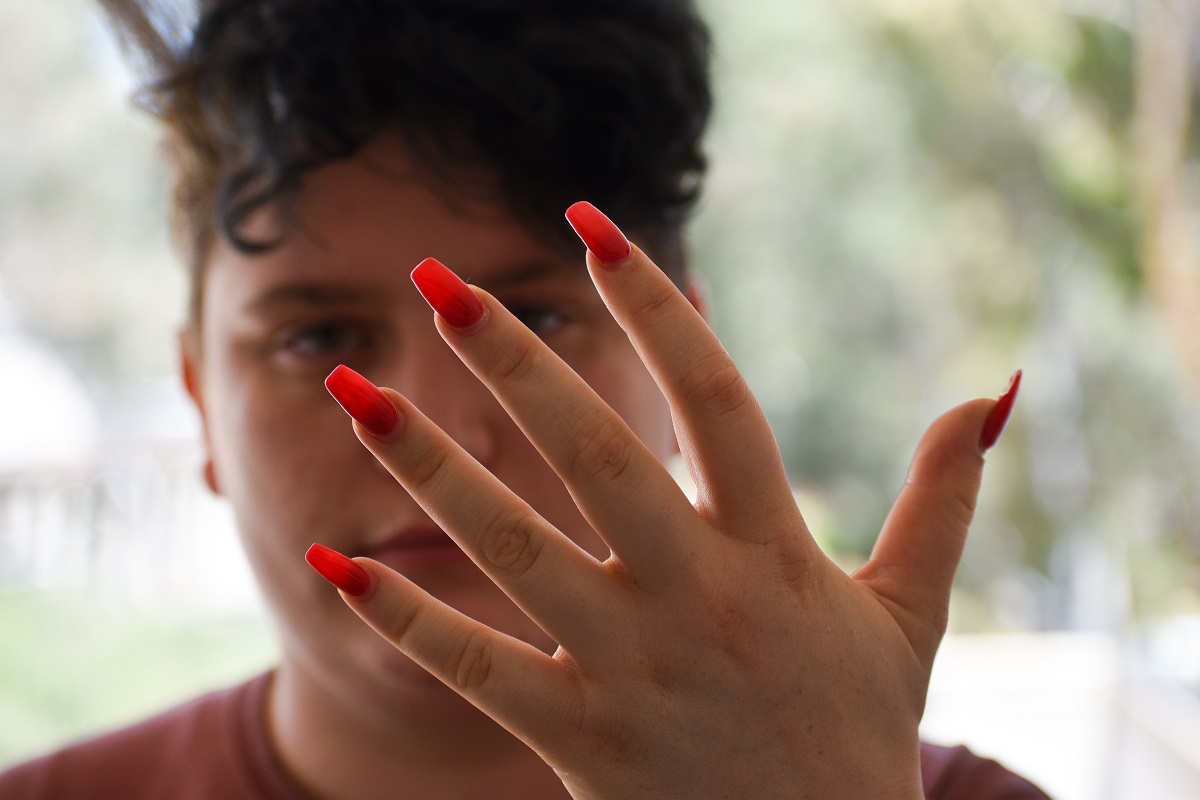 Jace’s willingness to speak openly about his own experiences – and on issues affecting the transgender and LGBTIQ+ communities – springs from a deep-seated empathy, a desire for greater change and acceptance, and the refusal to leave anyone alone and struggling.

It was just a few years ago that Jace was on the cusp of his own coming out, in his rural South Australian hometown.

“I copped a fair amount of whispered gossip when I came out as transgender, but I was always bigger and tougher than most others, so I felt I could handle myself,” he said.

What he couldn’t handle, was others getting bullied for being different.

“There was a kid in the year below me, who was just discovering his own sexuality, and he had posted a photo of himself cosplaying in drag, on social media. I saw some kids bugging him – the same ones who had targeted me.”

It was another coming out of sorts, this time, as an activist and community advocate. Jace comforted his crying schoolmate, spoke out against the bullies – and has found himself speaking up, out, for and against many others, over the years.

This is while he deals with his own health issues – schizoaffective disorder, chronic pain and fatigue. “Going on testosterone can affect your immune system as well, so I get sick a lot,” he said. ‘A lot of people don’t know that about transitioning – or that there are many aspects to the process.”

These include the state-specific regulations that govern procedures like changing your gender on your birth certificate, or officially changing your name. Then there is counselling, hormone therapy and surgery.

“Right now, the therapy and subsequent hormone therapy may be covered by health funds, or it may not, depending on your doctor,” he says. “And when it comes to surgery, that can really be inaccessible – you’re looking at a rough starting cost of $6,000 for top surgery.”

“The costs – even for something like changing it on your birth certificate – can make transitioning quite inaccessible for many. And that’s a huge problem, because it affects a large part of who you are, how you feel, and how you deal with life on a daily basis.

“Being trans doesn’t define me, but it’s a big part of who I am, and my own journey, which I am just starting out on,” he says.

One thing that he has clearly seen evolve over the last few years is his idea of gender expression.

“I grew up with the stereotypes of masculinity – the image of the tough, emotionless bloke,” he says. “But then I came to Canberra, and I met men with more feminine characteristics – and my ideas of what it means to be a man have changed.”

He flashes a handful of long, scarlet nails.

“I like getting my nails done. I like dressing in drag sometimes – but I have no doubt that I’m a man underneath the costume,” Jace says.

“I’ve discovered that the really important thing is ‘what is’ – not what ‘should be’.”

It’s a powerful realisation, driving him on the journey towards being his best self – and along the way, he’d like to make it a little easier for others to as well.

Join Jace as he lives out loud, as a panelist at the UnCover Event: The Other Colours Of The Rainbow, Hosted by Benjamin Law.