This week, Mad Hatters and Cats in (the) Hats will be arguing over the best milliners, pirates are swashbuckling their way through school, and odds are that the entire Hogwarts squad is out in force.

With a flourish, teachers and librarians will embrace their alter egos – caped crusaders championing childhood literacy – by seizing the theme of this year’s Book Week, “Reading is My Secret Power”.

Book Week is a powerful way to build and cement a child’s relationship with reading.

“Good books are often peopled with characters that you want to be like, or want to be with,” said Dr Belle Alderman AM, Director of the National Centre for Australian Children’s Literature (NCACL) – so what a great way to bring them to life!

As fantastical and wrapped in whimsy as they can be, books are also powerful, flashing reflections of contemporary life.

“This has never been truer than it is today,” Belle said. “I think that children’s literature used to be more idealised and gentler, but today it is more reflective of the real world.”

Want to explore that bookish evolution within the national oeuvre? Couched within Children’s Book Week is the launch of Story Time: Australian Children’s Literature, an exhibition of Australian children’s books at the National Library of Australia, presented in association with the NCACL.

It’s an absolute treasure trove immortalising children’s books in the country, spanning from colonial times to right here, right now. Story Time will run from 22 August this year to 9 February 2020.

“The NCACL has contributed 50 items, from books to original artworks and preliminary sketches to ephemera,” she said. “I think Story Time will have a multi-faceted, multi-generational appeal.”

“The awards celebrate the best of Australian children’s books – those with amazing stories, which make you want to read them again as soon as you finish them, with great characters, characters that you identify with or want to be like,” said Belle. “These are the books that reach in, and tug at your heart.”

The awards are beloved of parents, educators and librarians alike.

“When you consider that we are all faced with thousands of book choices, it is certainly valuable to have these recommendations,” she said.

This year’s winners, announced on 16 August, were chosen from 400 entries, all of which were read by the judges. The biennial Nan Chauncy Award was also announced on the day, with James Moloney honoured for his outstanding contribution to Australian children’s literature.

“They’re all amazing books, and in quite a few of them, you’ll see that the authors and illustrators don’t shy away from darker themes, as reflective of contemporary life,” Belle said.  “These can therefore be used as a starting point to explore the realities of life.”

Books are gateways for the imagination – and also springboards and buffers for the difficult but necessary conversations that must be had with children. 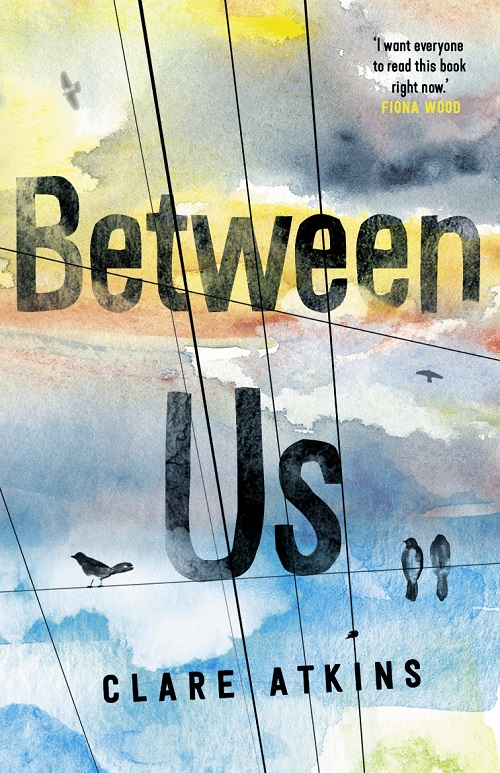 Between Us (Clare Atkins, Black Inc.)

“This book is about Anahita, an Iranian girl in a refugee camp who is only allowed out of the camp to go to school,” Belle said. Living in the Northern Territory, she meets Jono, whose father Kenny, is a Vietnamese migrant – and the guard at Anahita’s camp.

Anahita and Jono’s story is told with passion and compassion, set against the backdrop of the plight of asylum seekers in Australia. “This is really a book of our time, presenting the situation from various perspectives – and highlighting that there are no easy answers,” Belle said. 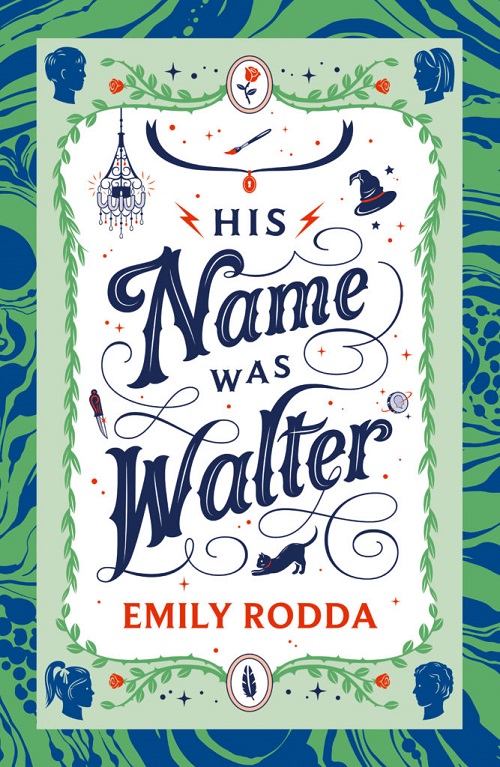 Out on a school excursion, four kids and a teacher seek shelter in a house when their bus breaks down. It’s empty, but they find a handwritten, vividly illustrated book … and are pulled into the mysterious story of Walter and Sparrow.

“Emily Rodda is a real Australian success story, her books have sold 18 million books worldwide,” Belle said. “His Name Was Walter is a sophisticated, complex mystery and very tautly written.” 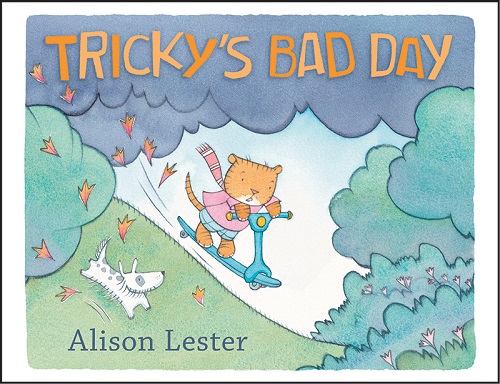 “What a universal story this is! After all, we’ve all had bad days,” said Belle.

Tricky is a little cub who’s having an awful day, in this lovely little picture book … until his dad decides that an adventure in the wild outside is just the thing he needs.

This is an easy-to-love, relatable book about how little things can build into big things – and how it’s always possible to turn a bad day around. 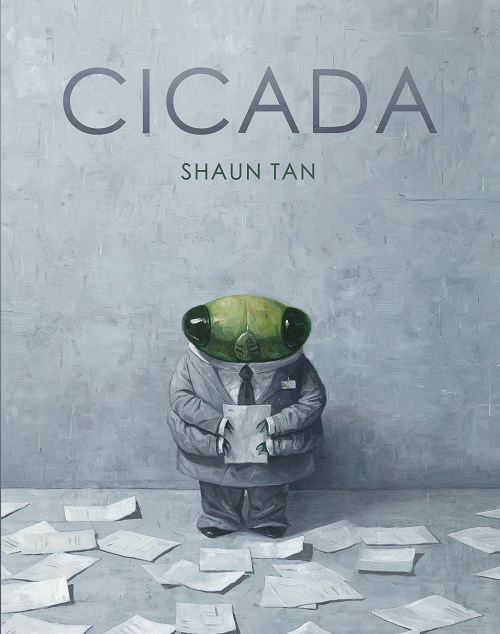 “Shaun Tan’s books are always unpredictable, he’s a genius with both words and illustrations,” said Belle.

And Cicada is a sophisticated picture book which should appeal to all ages – it’s the story of an insect working in an office, “and all the people who don’t love him”. And if that doesn’t resonate with the average office worker, I’ll eat my chitinous exoskeleton!

An exploration of life, love, resilience and hope.

The All New Must Have Orange 430 (Michael Speechley, Viking) 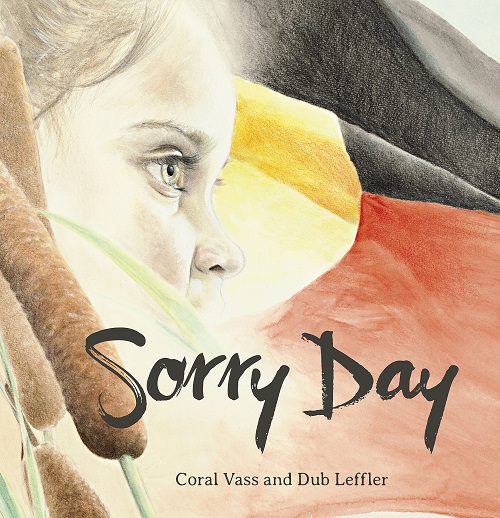 Follow the interconnected threads of the stories of two girls as they are lost to their mothers, in this book which captures the retelling of the moment that then Prime Minister of Australia, Kevin Rudd, said sorry to the Stolen Generation.

“This is such an important story, and one that it is essential for children to know and understand,” said Belle. “And it’s told so beautifully by Coral Vass, using the intertwined narratives.” 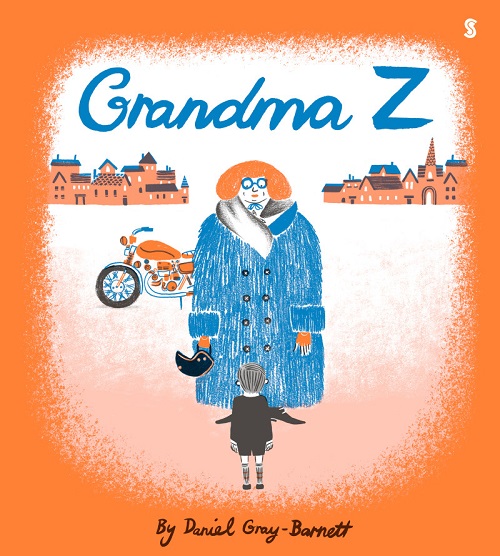 “This is the first year for this particular award,” said Belle, and it’s been awarded to a book whose bold illustrations capture the power of imagination.

Albert’s birthday takes a turn for the extraordinary when his Grandma Z roars into town on her motorcycle – and readers get swept along in their magical, lyrical adventure.

Can’t get enough of children’s literature? Click here to find out more about what you can look forward to in the Story Time: Australian Children’s Literature exhibition.