I don’t remember when I first started having terrible periods, but I can certainly name my two worst experiences.

The first, and most humiliating, happened at work in my mid-twenties. I was sitting at an open plan desk when my period pain became so bad that I escaped to the women’s toilets, which I remember as being excessively bright and hard.

I went from sitting on the toilet, nursing my head on my knees, to lying on the tiles halfway between the toilets and the sinks. I started vomiting. Then in tandem, diarrhoea.

A colleague found me at some point, and someone called an ambulance. A nice male colleague sat with me until paramedics crowded into the room. Despite the blur of all of this, the sense of people towering over me, the obscene pain, I remember stressing about whether I had paid my ambulance cover.

The second time was in my late twenties. I was at home in my flat, getting ready for work. I was in the shower when the pain came on and I stayed under the warm water, directing it to my tummy as this sometimes helped.

I realised too late that I needed to be lying down, and I passed out. At some point, I regained consciousness on the lino floor in the bathroom, lying on toothbrushes and other things I had knocked from the tiny bathroom sink. I then took the tram to work. 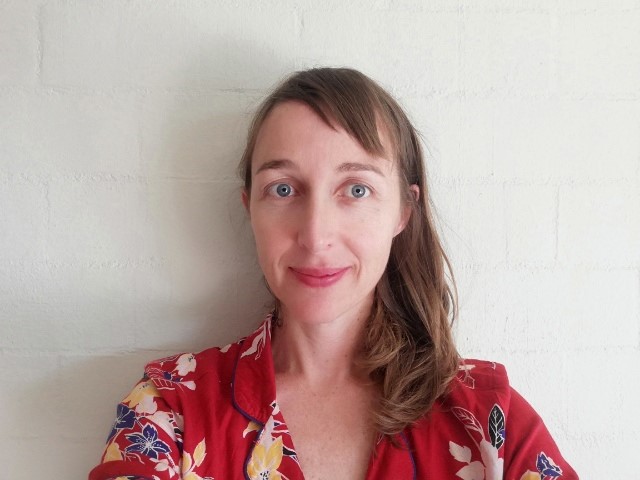 On 11 January 2022, the French President Emmanuel Macron made a five-minute presidential speech to the nation on a single topic: endometriosis.

He spoke of “a major sufferance that no one hears, touching one in ten women.

This malady invalidates, causes great pain, and is the largest cause of female infertility. For millions of women, everything they do in their lives, their studies, work, sport, intimate life, desire for children and pregnancy, all of it is limited or impacted by this malady. We all know these women, who are exhausted and taken by a pain that can lead to fainting, which can stop them from standing up or sometimes sleeping, playing sport or attending work … certain [couples] must give up on having children. This is not a women’s problem. It’s a problem for society. It’s time in this fight, to give it the visibility of a national cause. To engage at their side. Seven years, seven years on average, for arriving at a diagnostic, seven years which aggravates the malady. So it’s time, for talking about it, for breaking this silent suffering, for acting to facilitate access to the right care, to invest so that researchers can explore the cause of the malady, and discover the right treatments. It is a subject close to my heart.”

Macron goes on to announce his impressive national strategy against endometriosis to ensure that France leads the research and creates an ‘endometriosis reflex’.

Having lived in France for many years, I can say that this speech is a major departure from usual presidential topics. It is as strange for French women to hear a dedicated presidential address on this issue as it is for Australian women to imagine it happening here. France is as far from real gender equality as any other country. This year, too, Macron is seeking re-election in an increasingly polarised climate.  The choice of endometriosis is arguably politically clever.

Nonetheless, this speech happened. Each time I watch it, I feel a sense of relief – a male head of state is saying I see you, girl on the floor, and this matters and we are going to seriously invest in you. What a strange experience.

When I was 36, I had my first laparoscopy as I was having trouble falling pregnant. Until then, I have vague memories of doctors mentioning endometriosis, but no one seemed too fussed.  The collective medical message I carried from years of extreme period pain was try pain relief; there is not much we can do; come back when you want a baby.

The surgeon found profound endometriosis stuck to many of my organs. He told me he had done a big job “cleaning up”. For years, I had been bleeding into my body. I still do.

Fortunately for me, this did not destroy the inside of my reproductive organs and I was able to have a child late in life. I had always wondered whether childbirth would be worse than this pain and I eventually had my answer: no. For me, the most acute moments of endometriosis are different and worse.

Things are changing, with evidence showing that endometriosis sufferers are finally being believed.

Researchers around the globe are pushing for better diagnosis and treatment. And given there is an estimated 176 million sufferers worldwide, there are urgent calls for further research.

But there is a long way to go. In the wake of Macron’s surprising address, reflecting on my own almost docile endurance of this malady, I have lots of questions like: Why is it still so shocking that a head of state would make endometriosis a singular subject of political discourse? Why do women accept the feeble attention paid to critical issues like this with such abiding docility?

Despite recent political posturing on women’s health spending in this country, why is it so hard to imagine the Australian Prime Minister giving this speech to the nation?

This article was first published on BroadAgenda on 24 January 2022.

Words by Kelly Saunders. Kelly is a PhD student with the 50/50 by 2030 Foundation, doing research into feminist futures for work and care. She is also an experienced lawyer and gender equality consultant, working with clients including the World Bank, Arup and the Irish Government on gender, mobility and public space.

The school system is under enormous pressure – as are parents trying to balance their leave and kids' time off from school. It’s an issue that disproportionately affects women in single parent households, writes Clare Sullivan, from the 50/50 Foundation at UC.

61% of academic job losses over the past year were women

Research economist Eliza Littleton explores the gendered impact of a lack of pandemic support for public universities - against the backdrop of a widening gender pay gap.