When Dr Michael Walsh and Dr Stephanie Baker turned their collaborative research lens on prominent anti-vaxxer influencers, they identified a startling strategy – the ‘Disinformation Dozen’ was targeting mothers to push their ideology and advertise “alternative” products and services.

“The Disinformation Dozen refers to a loose grouping of anti-vaccine influencers mostly in the United States who communicated misinformation both around the COVID-19 pandemic and more broadly around vaccines – and are believed to have accounted for 65 per cent of the anti-vaccine online content during the pandemic,” says Michael, an Associate Professor in Social Science with the University of Canberra’s Faculty of Business, Government and Law. 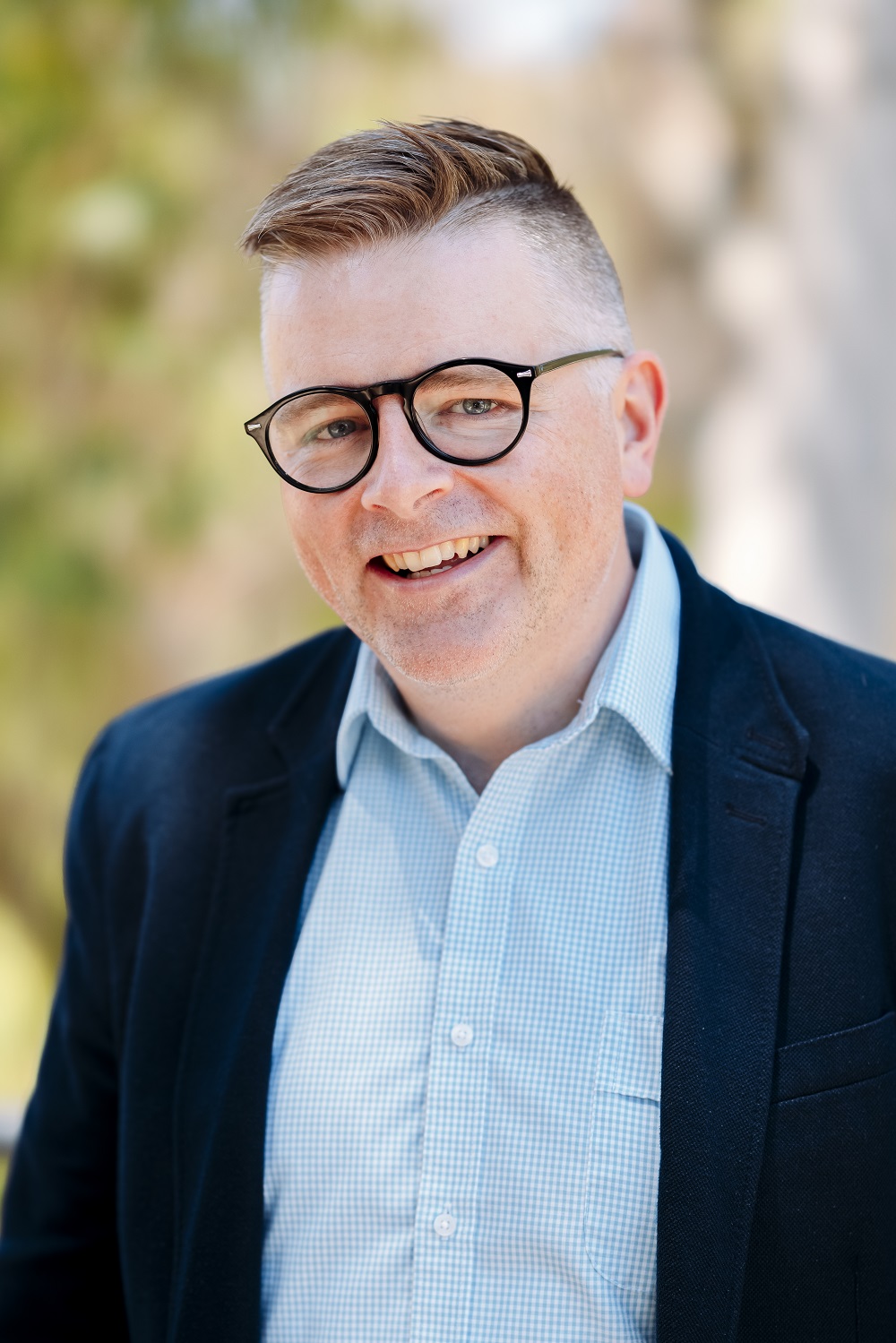 He teamed up with Stephanie, a Senior Lecturer in Sociology at the University of London, to analyse how anti-vaxxer influencers communicated with different audiences online, particularly on social media platforms.

They looked at influencers operating on Instagram (with public accounts), monitoring the accounts and posts from the start of the COVID-19 pandemic in January 2020 to the end of July 2021.

“It became apparent that there was a tendency for media to position mothers as responsible for the vaccination of children – and for them to be positioned as problematic,” Michael says.

“We wanted to see what was underlying that, and what might be driving some vaccine-hesitant behaviours.”

When Michael and Stephanie looked at the anti-vaccine influencers’ posts, various threads emerged – but this targeting of mothers was recurrent across the dozen main influencers they analysed.

One of the reasons mothers are targets for anti-vaxxers is that they are generally seen as the primary caregivers for their children. The role of a mother is nuanced and heavily fraught with emotion, and so can easily – and fairly effectively – be hijacked to further an agenda.

“The influencers prioritised certain constructions of the maternal – we’re not talking about realistic portrayals of motherhood, but rather, idealised and quite traditional versions of it – and they used that as a sort of signal or lure to draw even mothers who are non-traditional to their content,” Michael says.

As they wrote, these are “hegemonic ideals of the ‘good mother’ as one who is natural, holistic and authentic; depicting anti-vaccination as a feminine ideal to which mothers ought to aspire.”

From the ‘good mother’ sprang three, more specific and distinct strands of motherhood, to be wielded by the influencers: the protective mother, the intuitive mother, and the doting mother. Often, these were connected to particular hashtags. 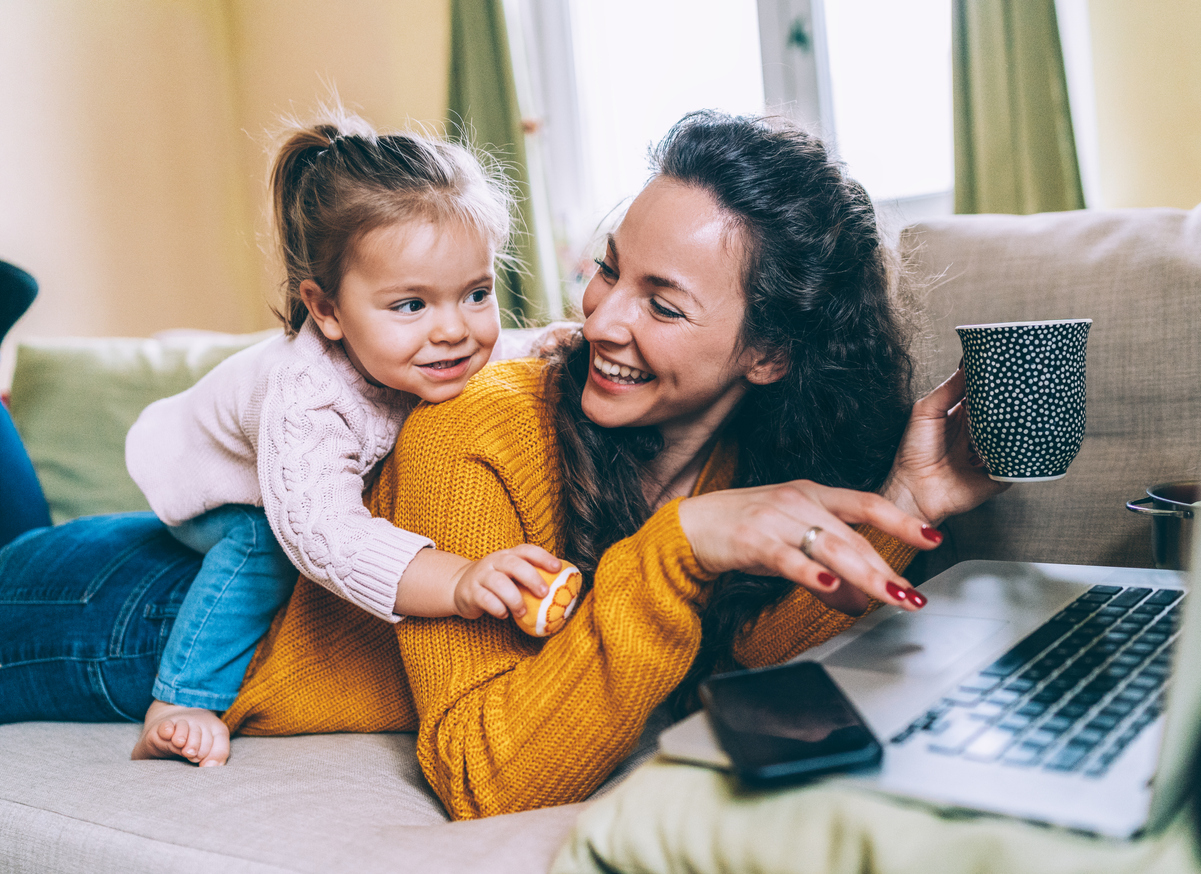 “We identified these based on sociological sources, on how mothers are presented in the media,” Michael says.

“The protective mother ensures their child’s safety, protecting them from harm. This theme is commonly manifest in terms of diet and lifestyle choices, a so-called ‘natural’ mother protecting her child from toxins and unnatural chemicals in the form of food and vaccines,” Michael and Stephanie write.

It’s a theme often used to deny even being an anti-vaxxer – and reframing the argument in terms of being protective instead. Common hashtags used here were #SavetheChildren, #SaveourChildren and #SavetheBabies, all of which predated and had been hijacked by anti-vaccine content.

And finally, the doting mother, completely devoted to her children – this one was most often connected to influencers who were mothers themselves, and presented as posts that celebrated a brand of glamorous domesticity.

Neatly framing this multi-stranded approach, the anti-vaxxers then fed it into deliberate devices – such as writing fictitious letters from imaginary children, or other mothers to invoke that protective instinct.

“These are posts presented as children saying ‘please don’t give me vaccines’, ‘please don’t do this to me’, or as other mothers expressing regret that they did get their children vaccinated,” Michael says. “They’re quite emotionally wrought, fraught and exceedingly manipulative.”

They also connect to ideas of moving beyond being and doing as a mother, and into the realm of performative motherhood. These  posts are framed as authentic, behind-the-scenes slices of home life – but which are in reality, carefully staged to construct a narrative. “It was also a very white, middle class idea of motherhood that was being presented,” Michael says. 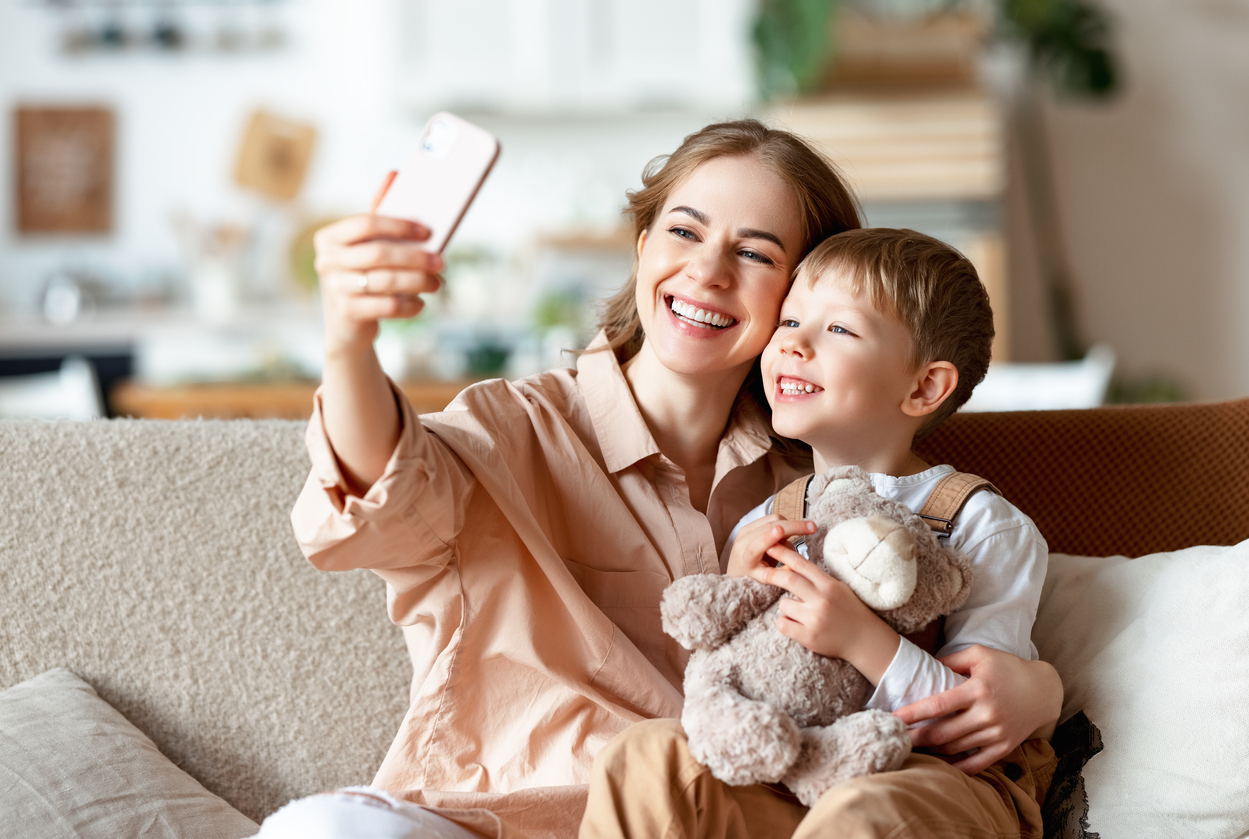 The intense emotional tenor of many of the posts they analysed caught Michael and Stephanie by surprise.

“The context and engagement of these posts, how people shared them – they obviously hit a nerve,” Michael says. “It makes sense when considered in the context of the fear and confusion created by the COVID-19 pandemic, and people wanting to protect their children – but when we took a step back and considered the extreme language used, the emotional manipulation became quite clear.”

The fact that the role of a mother already comes pre-loaded with so many expectations – and pressure to act or feel a certain way – paints this particular anti-vaxxer strategy in more sinister colours, because it manipulates and piles that pressure on even more.

Michael says that at this particular point in time, many of the posts they surveyed and documented have been taken down, or the accounts removed.

“So there has been some action from the platform in terms of misinformation, whether that is in the form of anti-vaccine rhetoric or some other kind,” he says.

However, the approach to content moderation across different platforms is far from uniform – and consistent, systemic strategies are important to counter the spread of misinformation.

“These content strategies need to combine a consistent approach with a flexibility that reflects scientific progress itself, in the way that science evolves and changes over time as more research is conducted, and more knowledge gained,” Michael says.

“Navigating these shifts and implementing monitoring at scale across platforms is a lot of work, so there are many complexities to consider within content moderation strategies.”

From an audience viewpoint though, there is a less complex way to navigate the often spiderwebbing narratives on social media – remembering that social media influencers don’t hold the answers to life’s crucial questions.

“Medical advice should come from medical practitioners,” says Michael. “It’s a common refrain – but that’s because it’s true. It’s the source of information that matters. It’s about seeking multiple sources of good, credible information – and being able to distinguish such credibility, which isn’t based on the number of followers an influencer has.”

Michael feels that ultimately, the best way to counter the anti-vaccine misinformation is also the most low-tech and everyday – an open and ongoing conversation.

“It’s about humanising everyone, and having these discussions without coming from a perceived position of moral superiority,” he says.

“Because people do have different views, and no minds are going to be changed by telling anyone that they’re stupid or wrong.

“We just need to open up a space for conversation, and be prepared to meet on middle ground. We shout too much on social media.”

This study was just the first step for Michael and Stephanie. Up next, they’re tracking where anti-vaccine influencers head to when they’re booted off Instagram.

“The anti-vaccine sentiments won’t disappear just because they’re removed from a particular platform, so the next phase of the project is finding out where they go,” Michael says. Follow them on Twitter to find out more.

Turia Pitt: How to rewrite your own story

Ten years ago Turia Pitt had her career mapped out. She was a mining engineer, working in the Kimberleys. One day, she planned to be CEO of a global firm. “That never happened,” Turia told an engrossed audience at the National Press Club in Canberra, “I entered an ultramarathon, I was trapped by a grassfire during the race.

Explore some of the fascinating research conducted at the Australian Geospatial Health Lab, where medical geography and cutting edge technology join forces for the sake of better public health outcomes.

Victoria’s inaugural Public Sector Gender Equality Commissioner Dr Niki Vincent writes about what can be achieved when we remove bias, offer flexibility, and empower employees – she's living proof of it.