It’s a good thing Keely Froling thrives on being busy. Her WNBL off-season has been filled with a basketball tour of Europe, along with study.

Keely, in year three of her physiotherapy degree at the University of Canberra, has just started a five-week placement at Calvary Hospital as part of her course.

Her head must be spinning. No sooner has Keely completed playing in the UC Capitals WNBL Grand Final winning team, then it was back to the books before heading to Europe for a six-week tour, which culminated in the World University Games in Naples.

Keely teamed up with her twin sister, Alicia, and fellow UC Capitals guard, Maddison Rocci, in the Emerging Opals team to win gold at the Uni Games. The team defeated the United States in the final. For Keely it was her second gold, having been a member of the team that won the Summer Universiade in 2017 in Taiwan. “Anytime you can play in a gold medal game, it’s great,” says Keely.

Her European odyssey started with the three-on-three World Cup in the Netherlands where Australia went down in the bronze medal game to France. The result means Australia will need to go through qualifying to make next year’s Olympics, where three-on-three basketball will make its Olympic debut.

While many would feel drained by the playing schedule, Keely says the opposite is the case for her, and if anything, she feels energised heading into the WNBL pre-season.

“I haven’t had an off-season at all and I hope this momentum rolls into the WNBL. I want to play as much as I can.”

The likelihood is that she will be called on by coach Paul Gorris to play more minutes in the upcoming season after coming off the bench for much of the 2018–19 campaign.

She says the experience gained in the championship team, combined with the physicality of three-on-three, has been the perfect preparation for her. “I think towards the back end of last season I showed what I was capable of doing,” says Keely. That’s not to say that she hasn’t scheduled in a possible Olympic appearance in Tokyo; “That’s definitely a goal with three-on-three debuting alongside traditional basketball”. 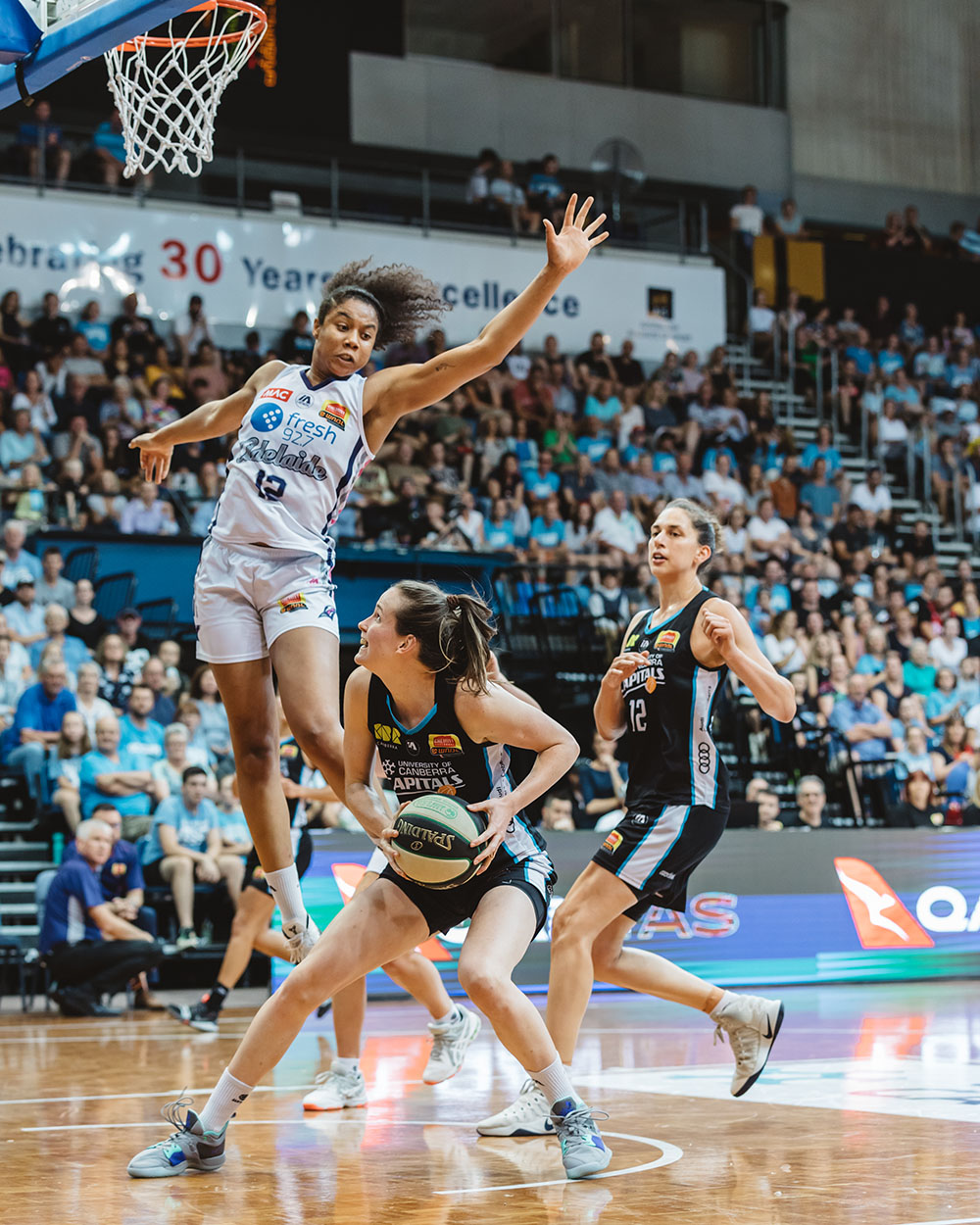 “I like to have a rough plan,” says Keely, in order to juggle basketball with study. Keely says the key is being a good communicator when it comes to organising her university schedule around playing and training. But her schedule is demanding, with her days often beginning at 6am and finishing at 8pm.

The ability to do a university degree while pursuing her basketball dream was one of the key reasons behind signing with the UC Capitals in 2016. “It was a massive part of my decision to sign with the Caps and I wanted to go to a Uni that had physiotherapy. The support from UC has been great,” says Keely.

Keely says the support has enabled her to manoeuvre her degree around her basketball commitments, including the timing of her physiotherapy placement.

At 23 years of age, Keely Froling has already achieved plenty. But with such an impressive start, mobilised by her incredible drive, you get the distinct impression this is just the beginning.

University of Canberra Capitals memberships are now open for 2019/20.