ANZAC Day began as a way to honour the brave Australians and New Zealanders who served their countries in the Gallipolli Campaign, in the Great War (1914–1918).

As we turn to the future, it’s also a time to consider war itself, with all its costs and causes.

That makes ANZAC Day a very important – and potentially difficult – subject to broach with children.

“But I think it’s important to be honest with children, to nurture their empathy and create a sense of understanding,” she said.

Conduits to spark conversation and catalyse understanding, children’s books are specifically crafted for their audience.

“They have already considered how to present the material so that the perspective is limited for children, but still provides that sense of understanding,” said Belle.

Delving into the rich shelves of the NCACL, on the top floor of the University of Canberra’s Library, Belle has emerged with five recommendations.

“Each book is unique in its portrayal, but is all about giving children hope and resilience,” she said. 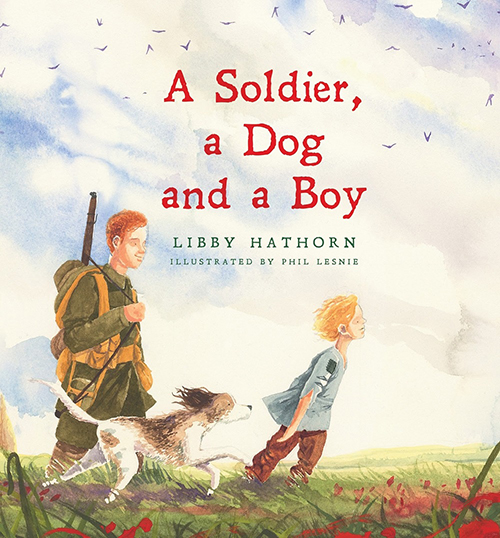 A Soldier, a Dog and a Boy
Libby Hathorn, with illustrations by Phil Lesnie (Hachette, 2016)
For: Primary

Starting off in a France in the clutches of WWI, this love story features an unusual trio.

An Australian soldier finds a dog, and decides to adopt it as a battlefield mascot – but then along comes a boy, the dog’s actual owner.

Both dog and boy are homeless, as orphanages do not accept dogs – and the young boy won’t leave his friend out in the cold.

The three find a home in each other, which is wonderfully captured in the emotive illustrations. And the book ends on a hopeful note, with the soldier taking his little French friend home to Australia to become part of the family.

“This book was inspired by author Libby Hathorn’s own family history, and a WWI photo from the state library of NSW, of a young soldier who smuggled a child out of France,” said Belle.

“Libby is a poet as well as an author, and her text is always lovely, with such a sense of the beauty of language.” 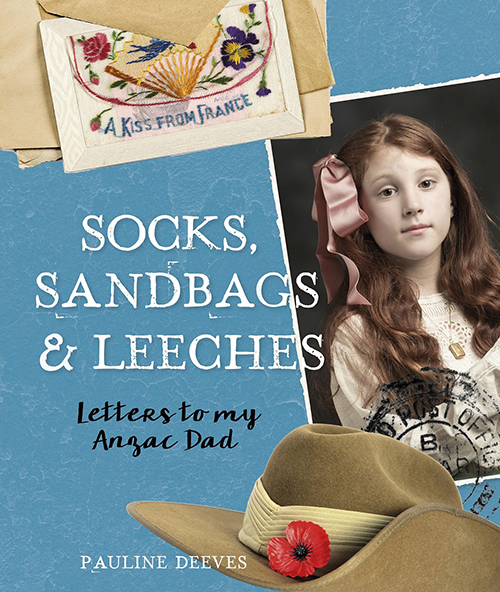 Children sewing sandbags, knitting socks and rolling bandages for the war effort, collecting leeches for the hospital, attacks on German shops and churches, wounded soldiers – all form part of young Ivy’s letters to her ANZAC soldier father, and paint an evocative picture of life at the time.

“This book is a really rich, atmospheric social history, put together by the National Library, and featuring many items from its collection,” said Belle.

Reproductions of propaganda posters, dance hall notices, newspaper articles and maps all come together to create a layered pastiche of life in WWI. 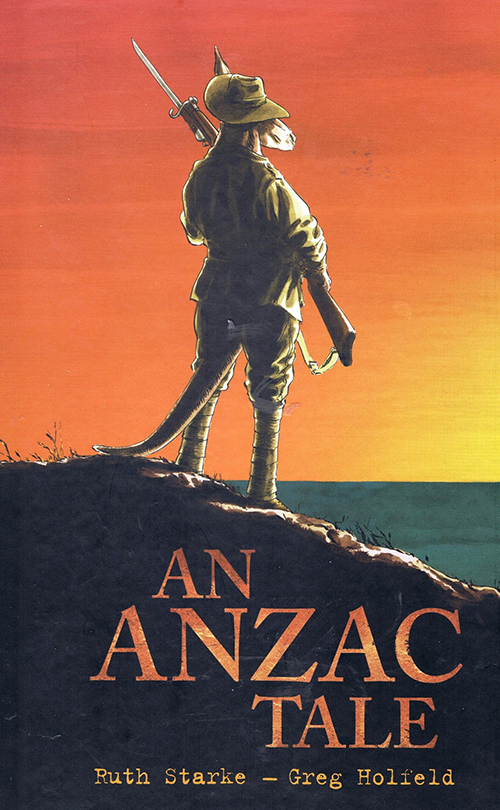 This a graphic novel recounts the experiences of soldiers at Gallipolli – but its cast of characters is made up of animals native to Australia and New Zealand.

“It also provides insight into both sides of the war. I wouldn’t recommend it for younger readers, because a certain level of maturity is necessary to understand the violence depicted.”

“While we celebrate the spirit of Gallipolli, it was also a sad moment in history,” she said. “We need to look back and question – is war ever worth it? I think it’s important, for young people especially, to ask that.” 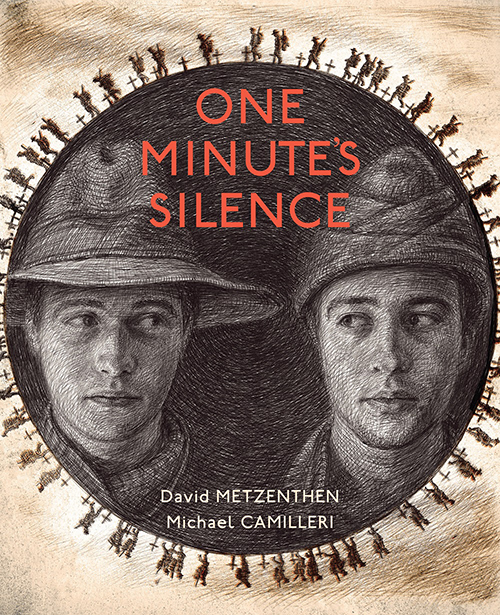 An immensely powerful picture book, One Minute’s Silence transports students in a classroom into the battle at Gallipolli. The black line and sepia illustrations are incredibly detailed and nuanced – every facial expression perfectly rendered.

The book explores both sides of the conflict, and bears the message of one humanity.

“This book presents both the Turkish and Australian perspectives of Gallipolli,” said Belle. “It raises the question of thinking beyond yourself, considering what it might be like for the other side, shows how war hurts both sides – and that really promotes empathy and understanding.”

“There’s a particularly poignant moment, when there is a ceasefire to collect the dead, and both sides get to talk to each other. Then it’s back to the battle.

“It’s a very powerful book. One possibly for older children – but in the context of an adult being around to have a discussion,” she added. 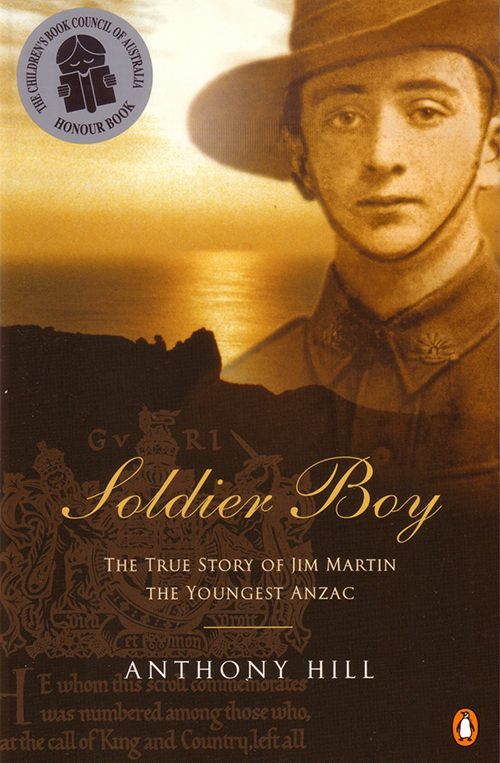 On 28 June 1915, James Martin sailed from Melbourne aboard the troopship Berrima, bound for Gallipoli. Just 14, he was the youngest of the Australian soldiers.

Relatable and moving, this book is also his mother Amelia’s story; based on historical records, it portrays both the war front and the home front.

Author Anthony Hill spent a lot of time researching the book, exploring James’ letters home, his service papers at the National Archives, and photos and archived material at the Australian War Memorial.

“Anthony is a Canberra boy who loves history,” Belle said. “He’s written probably 20 books, but he has told me that this is his favourite.”

“It’s really resonates with me as well, because it’s a personal story, and it shows the impact of war on the young.”

For more recommendations, the NCACL has two bibliographies of books on ANZAC for young people, available here. Additional ANZAC stories are included in NCACL’s newly-launched Cultural Diversity Database, the first of its kind in the country.

University of Canberra Urban Planning expert and Chair of the ACT Climate Change Council Professor Barbara Norman shared her opinion on the evolution of Canberra and whether it is a blessing or curse.