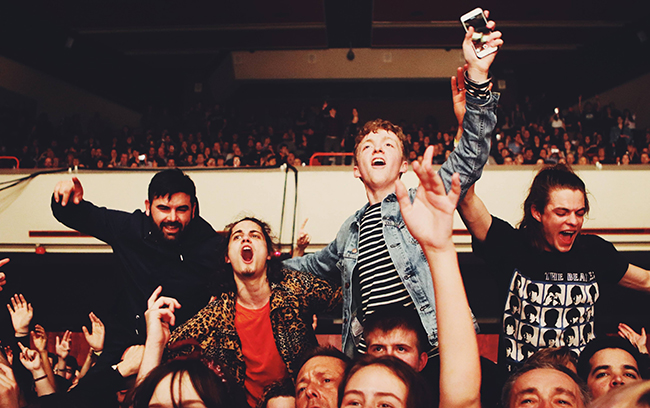 Hosted by the News & Media Research Centre, University of Canberra

Growing fragmentation in media systems has resulted in dramatically increased choice for media consumers. This process has been accelerated by the growth of digital platforms for news and information which open media spaces not only to a wider diversity of outlets but also to foreign and domestic information operations: strategic actors can sow disinformation relatively covertly, distancing their activities from their foreign or domestic patrons. We distinguish misinformation - the accidental statement of factually incorrect claims - from disinformation, which is strategic or intentional.

To what extent are these activities enabled by the affordances of social media such as 'echo chambers' (media environments where people only connect with like-minded others) and 'filter bubbles' (resulting from media content being algorithmically selected to match previous consumer choices)? There has been much empirical debate as to the existence of echo chambers and filter bubbles. To the extent they exist, both phenomena result in media consumers being exposed to information that reinforces previously held beliefs.

The disappearance of attitude-challenging content and attendant rise of misinformed opinion is thought to have played a role in the 2016 US Presidential election, where information untethered to reality (see for example ‘Pizzagate’) spread amongst some Republican Party supporter networks. Whether they are used by strategic actors seeking to achieve political objectives or not, echo chambers and filter bubbles challenge the functioning of the news media as a public sphere where the informed confrontation of contrasting viewpoints can lead to common understanding and agreement about what exists, and what matters. The consequences are profound: we may be arriving at a cultural moment where a significant part of the population no longer believes that facts are knowable.

Are echo chambers and filter bubbles real? If they are real, to what extent do they contribute to the spread of misinformation? Are ‘filter-bursting’ strategies available? What’s it like in there, anyway? Are journalists part of the problem, or are they the solution? If journalists in the US and UK failed to anticipate Brexit and the election of Donald Trump because of filter bubbles and echo chambers, is the Australian journalistic field similarly afflicted?

Researchers and journalists addressed questions including, but not limited to:

The loss of a common political discourse resulting from a fragmenting of the online population into narrowly-focused groups of individuals solely exposed to information confirming previously held opinions and biases was first referred to as ‘echo chambers’ by Sunstein (2001) whilst Van Alstyne & Brynjolfsson (2005) described a process of ‘cyber-balkanisation’. This fragmentation facilitates the seeding of misinformation by strategic actors to sympathetic audiences, who are more likely to believe claims not on the basis of factual predicates, but on that of their resonance to their identity (Miskimmon et al. 2013, Benkler et al. 2017). However, while the concept of the filter bubble is widespread, there is scant empirical evidence for the existence and impact of filter bubbles with many researchers simply assuming that filter bubbles exist, and that something needs to be done about them.

Filter bubbles almost bear the hallmarks of a ‘moral panic’, with social scientists, computer scientists and engineers vying to provide solutions to a phenomenon that is yet to be properly explored and understood. The limited research that is relevant to filter bubbles has tended to involve either surveys of social media users (‘where do you get your news?’) or analysis of ‘big data’ collected unobtrusively from social media. Big data studies and network analysis tend to provide support for the filter bubble thesis while survey-based research tends to discount it. Nielsen (2016) uses data from the 2015 Reuters Institute Digital News Report to argue that ‘social media users in fact use significantly more different sources of news than non-users’. Similarly, a more recent study reveals that social media use tend to diversify news consumers’ diet rather than narrow it (Fletcher & Nielsen, 2017).

The research on the drivers of networked misinformation such as echo chambers and filter bubbles can be advanced in several ways. First, this research usually pertains to the perils posed by online echo chambers to general users. Less attention has been paid to how such phenomena, when operating in influential sectors of society such as the journalistic field, can be detrimental to the plural public discourse that is essential to democracy. Second, this research deals with very general notions such as ‘the Internet’, ‘social media’, or ‘Twitter’, obviating the fact that not only are there ‘online spaces which develop distinctive and well-ordered cultures’ (Hine 2015: 38), but that these online spaces are frequently embedded in highly distinctive offline locales. Finally, research on filter bubbles has tended to eschew consideration of a key behaviour that contribute to these phenomena: how people engage with news.

Casilli, A. (2016). Never mind the algorithms: the role of exploited digital labor and global click farms in Trump’s election. http://www.casilli.fr/2016/11/20/never-mind-the-algorithms-the-role-of-exploited-digital-labor-and-global-click-farms-in-trumps-election/

Menczer, F. (2017). Misinformation on social media: Can technology save us? The Conversation. http://theconversation.com/misinformation-on-social-media-can-technology-save-us-69264

Pariser, E. (2011). The Filter Bubble: How the New Personalized Web Is Changing What We Read and How We Think, Penguin Press.