(in)significance: a discussion about values and valuing in heritage 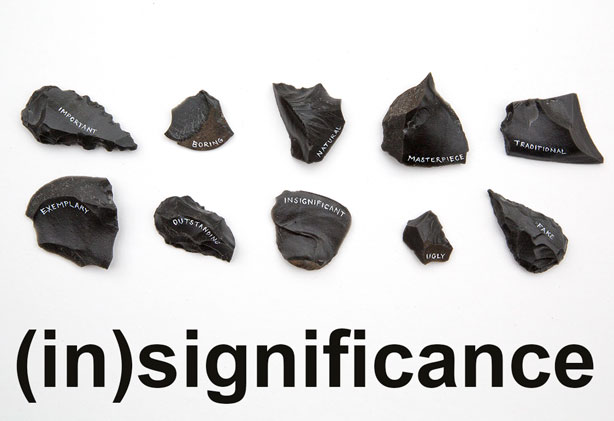 The one-day symposium comprised of short presentations and themed panel discussions, with ample opportunities for participation and debate. Many of Australia's leading heritage researchers, teachers and practitioners participated from diverse fields including museums, libraries and archives, archaeology, digital humanities, conservation and heritage studies. The symposium appealed to those with an interest in critical heritage studies and reflective heritage practice and postgraduate students.

The notion of 'significance' is a central concept for heritage conservation in many parts of the world—it describes what the institutions of heritage choose to remember and what they choose to forget. Used in American historic preservation legislation from the late 19th century, and in the 1964 Venice Charter, in Australia the Burra Charter (Australia ICOMOS 1979) introduced the phrase 'places of cultural significance', a concept that emphasised meanings over monuments.

Determining significance is a process of ascribing values – culturally constructed meanings or qualities attributed by individuals and groups to a heritage object, place or landscape. Valuing heritage has led to practices that typically list, rank and then privilege particular values – at world, national and local levels.

At the symposium we explored the history, theory and practical application of the concept of significance and broach the idea of insignificance.

The following summary is not a verbatim transcript. Rather, the notes are a series of statements that seek to capture what was expressed and discussed. The notes are not intended for direct quotation in a scholarly sense, but rather they provide a flavour of the discussions.