UC has legacy strength in Water Science, having hosted three generations of CRCs in freshwater ecology and hydrology and the recent Cooperative Research Network on Murray Darling Basin Futures. UC water science has produced notable leaders in water science both as researchers and at the policy-science interface.

The late Professor Peter Cullen AO (1943-2008) was a national leader operating at the science-policy nexus in water reform. Amongst his legacy is the development of the National Water Initiative (2004). His influence as a direct advisor to government, distilling scientific knowledge into policy advice, left an indelible mark upon the Australian landscape in policy development and implementation. Professor Cullen’s legacy is regarded as the blueprint for Australia’s research-informed water policy development.

The late Professor Richard Norris (1951-2011) was a significant international figure in the area of aquatic bioassessment.  His work on the design and implementation of rapid assessment of river condition using benthic macroinvertebrate data was instrumental in changing approaches to water resource assessment in Australia and more than 20 other countries including Canada, the USA, Indonesia and New Zealand. His work formed the basis of the first National Land and Water Resources Audit (2000) and the snapshot of the Murray–Darling Basin river condition. 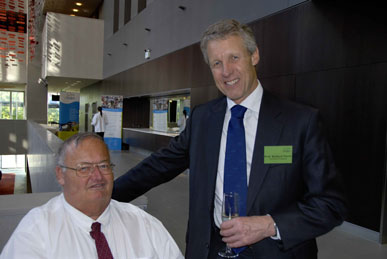