Born on 22nd April 1917, Carlton, Melbourne, Sidney was the eldest of four children to parents Sidney Henry Nolan and Dora Irene.1 He attended school  on Brighton Road before moving to Prahran Technical College where he studied drawing and lettering.2 Following a series of different jobs in the 1930s, Nolan gained employment with the Solaflex Illumination Company known as the Fayrefield Factory (after their best known hat). It was here that Nolan enrolled at the National Gallery School of Design (1934 to 1936) although he rarely attended.3 Instead, Nolan took inspiration from the nearby library and books on Pablo Picasso, Paul Klee, Henri Matisse and the Surrealists. 4 From 1938 he was encouraged and supported by art patrons Sunday and John Reed at their house, 'Heide' in the Melbourne suburb of Heidelberg. Nolan became one of a group of avant-garde artists known as the Angry Penguins, named after the radical cultural journal, which included Albert Tucker, Joy Hester, John Perceval and Arthur Boyd. They sought to modernise Australian art and poetry by adopting spontaneous and visionary processes influenced by surrealism.5

In 1940 Nolan held his first solo exhibition in Melbourne and designed sets and costumes for the Ballets Russes production of Icare and became a founding member of the Contemporary Art Society.6  Conscripted into the army in 1942, Nolan spent two years in the Western and Wimmera districts of Victoria with the 22nd Supply Dept Company guarding stores although he still actively painted.7 John Olsen later remarked that Nolan's Wimmera works helped to shake up  Following a month's leave to work for Reed and Harris, Nolan failed to return, possibly fearing active service overseas in 1944 and was declared an illegal absentee.8

Discharged in 1946  Nolan returned to Melbourne under the assumed name Robert Murray (or Robin according to the Australian Dictionary of Biography) and started work on his iconic Ned Kelly series.9 These portrayed the events to the outlaw's demise. In these paintings, Kelly is represented by the the forms of his solid black armour. It was Nolan's most inventive pictorial device, which he superimposes against the Australian landscape in First class marksman in 1946 to suggest how stories and myths shape our meanings of place.

Leaving Melbourne in 1947, Nolan trekked across Queensland and Fraser Island which inspired his second series of paintings based on the Shipwrecked Mrs Eliza Fraser.10 Nolan travelled a great deal over the next two decades exploring the interior of Australia where he became inspired by the ill-fated Burke and Wills expedition. Prompted by Kenneth Clark, Slade Professor at Oxford, Nolan traveled to Europe and North America but continued to work on his Australian subjects including the Kelly gang, Eliza Fraser and Burke and Wills11. Nolan's earlier experience in design came in helpful as he also designed theatre sets  including Samon et Dalila and the abduction from Seraglio in Covent Garden, London.12 Sidney Nolan was knighted in 1981 and was made an associate member of the Royal Academy of Arts in 198713 Nolan was also became a companion of the Order of Australia in 1988.14 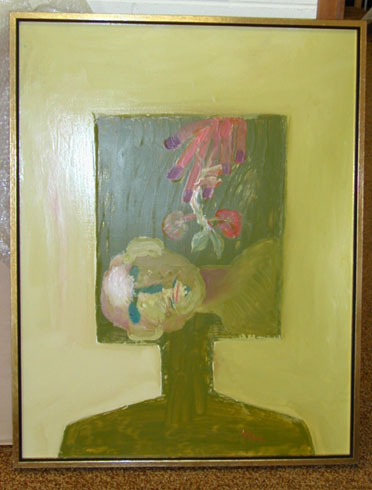 The University of Canberra Art Collection also holds four other works of art by Sir Sydney Nolan. These include two screen-prints, namely, 'Night' and Desert Landscape' and a lithograph called Rinder Series .The Collection also has a hand-bound book entitled, the Evolutionary history of Edward Kelly in Primary Colours. The works by Nolan accompany 9 poems by Rhyll McMaster. This version is the 50th published in the limited series.