Tim Maguire is a contemporary Australian artist best known for his large-scale floral paintings.1  Cropped like film stills and referencing 17th-century Flemish still-life painting, his work melds digital imagery with commercial printing techniques.2  “Everything I do is process driven,” the artist said. “I paint big pictures to bring the viewer forward; the closer you get the more abstract it becomes, until it looks like it's falling apart.” 3 Tim Maguire was born on December 26, 1958 in Chertsey, United Kingdom, but was raised in Melbourne, Australia. Maguire studied art at East Sydney Technical College, and received a scholarship to attend the Kunstakademie Düsseldorf in 1985.4  In Düsseldorf, he studied under the Dutch photographer Jan Dibbets. 5 t Tim has received a number of  recognitions and awards, including the 1993 Moët and Chandon Fellowship.6 His work can be found in the collections of the National Gallery of Australia in Canberra and the Art Gallery of New South Wales in Sydney. Maguire currently lives and works between London, United Kingdom and Sydney, Australia. 7 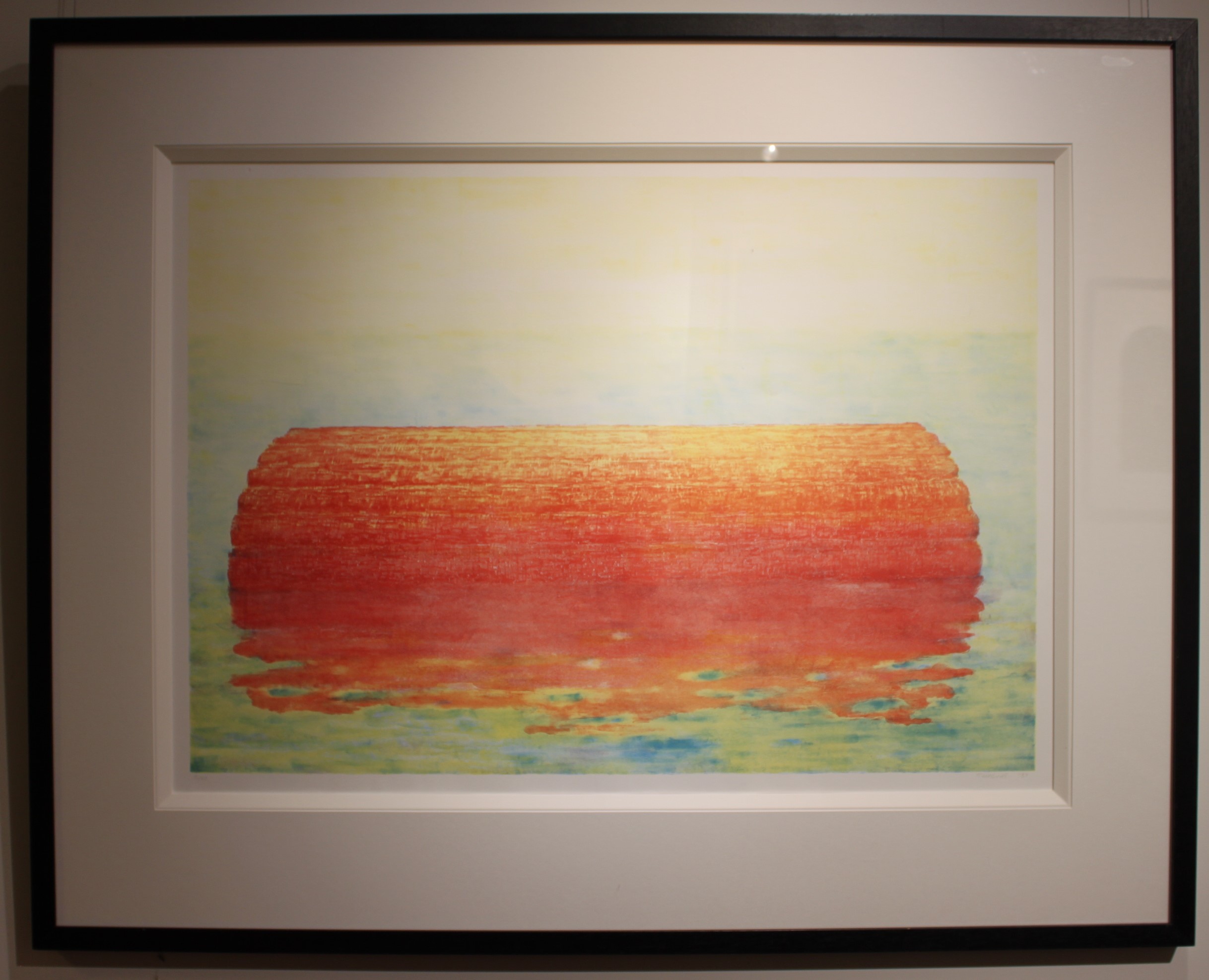 Acquired in 2011 by the University of Canberra, this work of art is a lithograph print (the 13th of 80) untitled but unofficially known as the Horizontal Column. 7 The image, which was originally oil on canvas  shows a fluted column on its side set in shallow water. However, with the portrayal of light catching the column on the top and the reflection of  the column in the water, the picture also could represent the setting evening sun. This example is the only work by Tim Maguire currently held in the University's art collection.

The work of art was purchase by the University of Canberra in 2011.