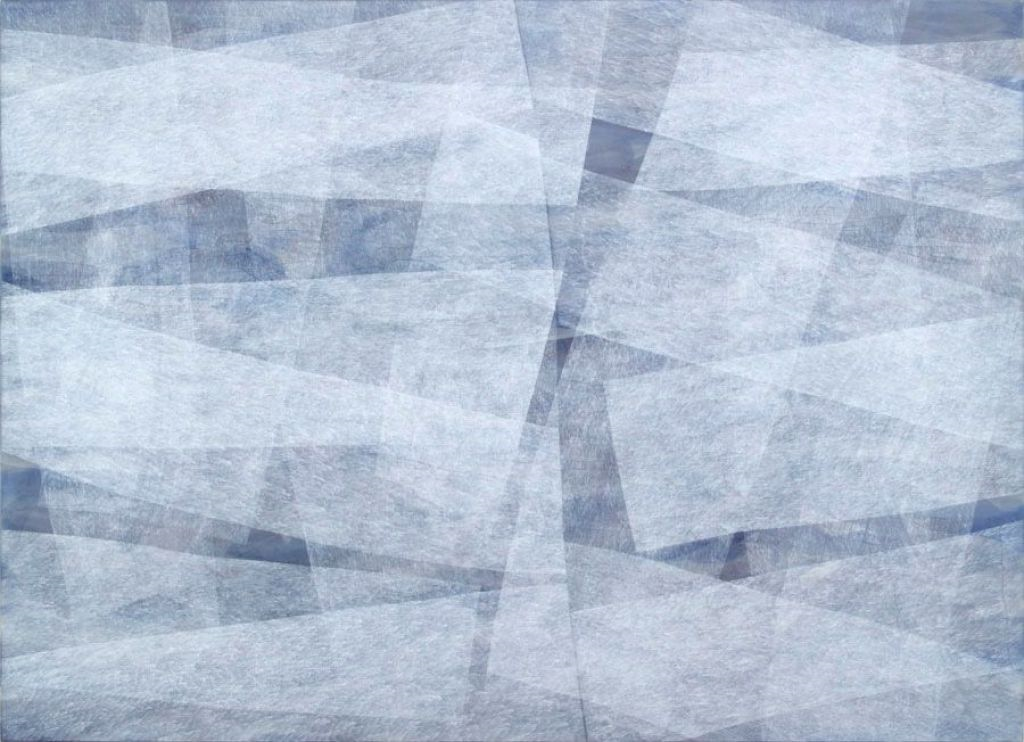 Sue Lovegrove was born in Adelaide, South Australia in 1962.  She graduated from the ANU (Canberra) with a Bachelor of Arts (Visual) in 1990 and completed her PhD, also at ANU in 2002 with an analysis of Emily Kngwarreye’s Big Yam Dreaming (1995).  Her study of Kngwarreye’s work helped develop her interest in ‘between’ spaces that lie beyond the surface of the painting.  She discovered methods that can draw the viewer into the depths of pictorial space and then back to the surface.1 Based now in south eastern Tasmania, her practice has been crucially shaped by her engagement with the geography of Australia,1 interpreting geological, microbial and botanical forms and layers into beautiful and evocative works.2 She is a prominent artist and her work has been purchased by national public and corporate institutions such as Canberra Museum and Gallery, ANU, Parliament House Art Collection and National Gallery of Australia in Canberra and, the National Gallery of Victoria and Macquarie Bank, in Melbourne.2

Vanishing #352, procured by the University of Canberra in 2007, is one of a series painted as a result of the 2003 Australian Antarctic Division Fellowship and continues her practice of observing the myriad of layers in sea and ice landscapes.2 The series captures the ceaseless, abstract and fleeting sequence of ice formation, cracking, melting and refreezing with the ever present backdrop of stark white.  Subtle semi-transparent textures of descending layers overlaid by fine line work and intricate detail describe the complex and endless depths of southern icy seascapes.

“I spent most of the journey on the bridge drawing and painting the ocean, the endless horizon or bergs passing like solitary white mountains lost in the ocean. It was a strange sensation steaming for days and weeks into the southern ocean waiting for the arrival of the ice.

Painting the ocean presented its own challenges: a multitude of layered patterns – small ripples and streaking on waves that sent plumes of spray in the air and then these made patterns on the bigger swells. And the exquisite range of greys: soft blue greys, grubby greys, creamy greys, dark indigo greys. At other times I painted from Terrascan satellite images – the ripples of cloud seen from the air in swirling lows and banks of cloud became brush marks that echoed the energy of the ocean and the ship's movement beautifully and in a way that the paintings never quite captured...”3