Sir Sidney Nolan, Night and Desert Landscapes and other works

Leaving Melbourne in 1947, Nolan trekked across Queensland and Fraser Island which inspired his second series of paintings based on the Shipwrecked Mrs Eliza Frazer. Nolan travelled a great deal over the next two decades exploring the interior of Australia where he became inspired by the ill-fated Burke and Wills expedition. Prompted by Kenneth, Clark, Slade Professor at Oxford, Nolan travelled to Europe and North America but continued to work on his Australian subjects including the Kelly gang, Eliza Frazer and Burke and Wills. Nolan's earlier experience in design came in helpful as he also designed theatre sets  including Samon et Dalila and the abduction from Seraglio in Covent Garden, London. Sidney Nolan was knighted in 1981 and was made an associate member of the Royal Academy of Arts in 1987. Nolan was also became a companion of the Order of Australia in 1988. 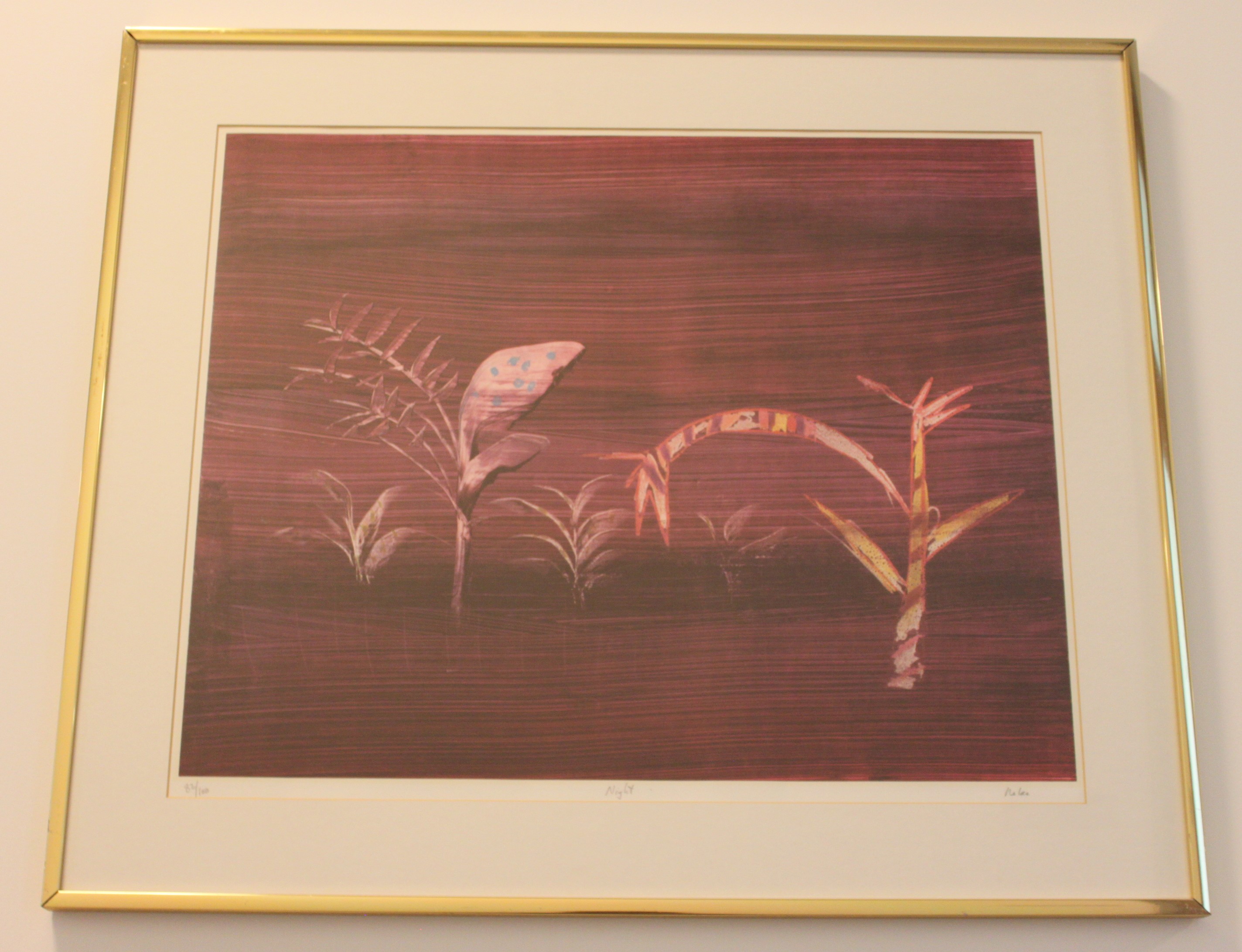 These two prints are likely to have been inspired by images of the Outback with deep ochres and reds and date probably from Nolan's time exploring central Australia. These prints offer some of Nolan's architypal styles. The flora in the landscape as well as the landscape itself simple and hark to Nolan's time in the Angry Birds. This style differs somewhat from Nolan's initial portrayal of the outback as shown below. This image was created by Sidney Nolan in 1950.

The University of Canberra's Art Collection also holds two other works by Sir Sidney Nolan. Mask VIII, created in 1979, follows on from a series of portraits and similar works often inspired by events of the time. The Evolutionary History of Ned Kelly in Primary Colours harks back to Sidney Nolan's time with the Angry Penguins as the book, a limited edition of 50, represents a poet's view of the events towards the end of Ned Kelly's life. The poems by Ryll MacMaster are illustrated with some of  Nolan's  well known images of the outlaw.