According to the Chapman Gallery, Canberra, Cooma based artist, Imants Tillers was born in Sydney in 1950; a first generation Australian to parents that immigrated from Latvia following World War Two.1 He studied architecture at Sydney University, graduating in 1973, and going on to hold his first solo exhibition that same year. 2 In 1969 he was one of Christo's assistants on Wrapped Coast in Sydney (Little Bay, Sydney which for the time was the largest installation art-work in the World).  Since then he has exhibited widely and his works are featured internationally including at the Guggenheim, Oxy Gallery, Osaka, Stedelijk Museum, Amsterdam, City Gallery, Wellington, the Diaspora National Art Museum, Riga, and represented Australia at the Venice Biennale in 1986.3  Imants Tillers is also represented closer to home with works of art in the collections of the National Gallery of Australia, The Art Gallery of NSW and the Museum of Contemporary Art, Sydney.

The work of art, Home Visitation III, Acrylic and gouache on 16 canvas boards, 101 by 142 cms,  was first exhibited at the Chapman Gallery between August and September 1999.4 Home Visitation III is typical of Tiller's style which is very distinctive with his use of individual words and phrases that seem disjointed and out of place on a mosaic grid  but adds to an overall montage effect. Previously Tiller's works like many other post-modern artists of the 1980s appropriated phrases and words directly from art history in a cheeky mixture of plagiarism and pastiche but Tillers moved away from this towards more regional issues. The use of words such as chance, destiny, reversible and phrases such as 'today is today' suggests a mock spiritual dimension that some have taken as a form of environmentalism. It may in fact be just the artist commentating on topics of the time that given his views were adding a sense of irony to his works. 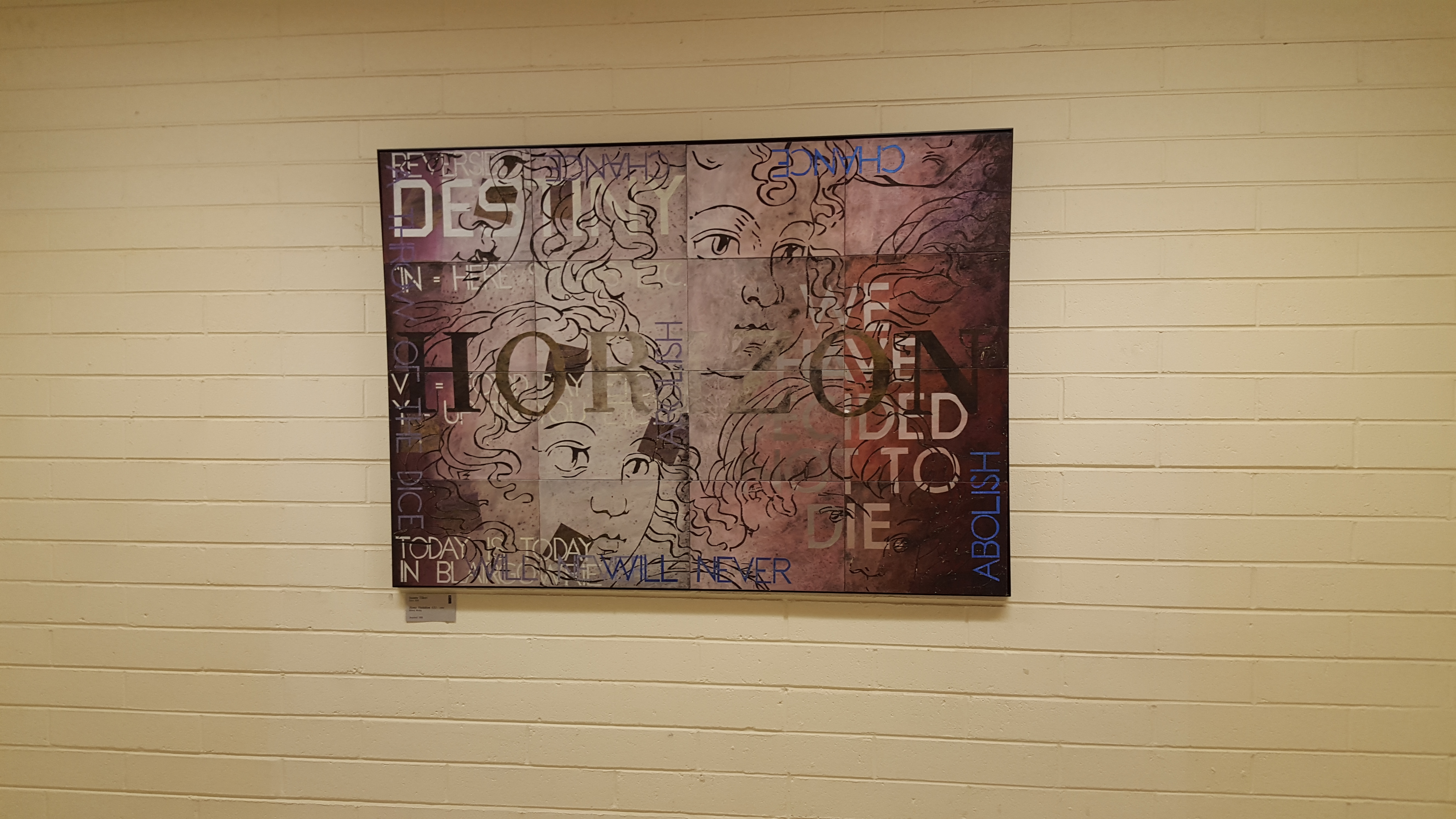 A similar work of art is displayed at the Australian War Memorial. Perhaps because of Tillers' particular style with his work, 'Avenue of Remembrance', 2014, that this work was chosen by the Director of the Australian Tapestry Workshop, Antonia Syme and the Australian War Memorial Director, Dr Brendan Nelson for the design of a commemorative tapestry to mark the centenary of the First World War.5 The Avenue of Remembrance is reminiscent of many of the wartime roads on the Western Front. Layered over the top of the painted boards are names of the many places where Australians fought and were buried and, phrases taken from the Gallipoli letter written by Keith Murdoch to Prime Minister Andrew Fisher, which helped to end the Gallipoli Campaign in 1915. 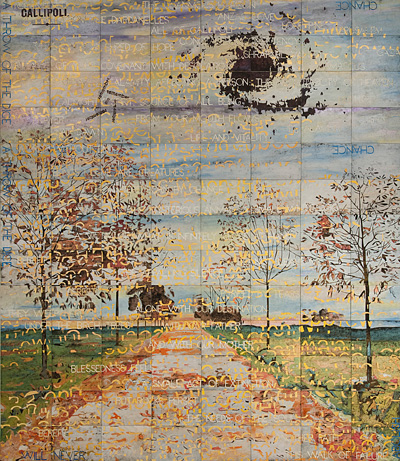