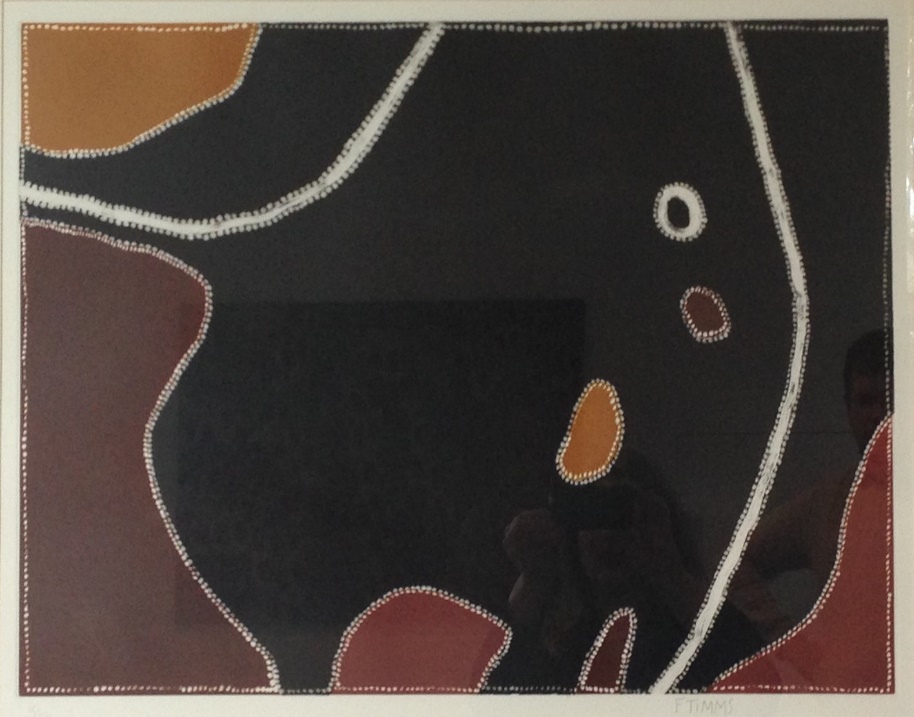 Freddie Timms was born around 1946 at Bedford Downs Station, East Kimberly, Western Australia.  As a young man he worked as a stockman for pastoralists before moving to Warmun at Turkey Creek in 1985.  Although Timms’ artistic energy was first embedded in ceremonial art such as that associated with the painted boards in Kurirr Kurirr ceremonies, it wasn’t until his forties that he produced work for the public domain under the tuition of his Father-in-law, George Mung Mung and master painters Rover Thomas and Paddy Bedford.  In 1998 Freddie Timms established Jirrawun Arts.  Funded by the sale of works and artist-owned, Jirrawun Arts continues to represent and support Gija artists and Gija culture today.

Unlike artists of his time and place, Timms’ work rarely explores Aboriginal ancestral narratives, preferring to disclose characteristics of his country usually from a topographical and aerial perspective.  Many of his works also comment on his perception of social, political and environmental changes since colonisation such as exploitation, alcohol abuse and violence. However, his style does follow the East Kimberley archetype first devised by Rover Thomas, typified by regions of black, white and ochre pigments surrounded by dots, often in double lines, specific to Freddie Timms’ work.

Characteristic of the East Kimberley or the Turkey Creek art movement, Mud Springs depicts a sparse landscape with fields of flat bold colour edged with illuminating white dots.  Each hill, plain and waterway is assigned a specific colour and separated from the next by strings of dots.  Three small circles within the large black central field may be depicting the various stages of deterioration of natural springs and water holes.  Long thick lines of white pigment might represent two creeks entering and leaving the site, these too surrounded in dots, building movement and simultaneously bringing a sense of calm to the adjacent landscapes.