Dianne Firth is an artist and lecturer local to Canberra who specialises in textiles. Dianne initially studied Landscape Architecture at the University of Canberra and went onto gain her PhD and a post graduate certificate in Textile Manipulation at the Newcastle Technical College. Dianne is an accredited member of Craft ACT, professional member of Quilts Associates;, a member of Ozquilt Network,Canberra Quilters and Quilt NSW.  Dianne has held two solo exhibitions in Canberra, in 2012 and 2017 and  participated in a number of textile exhibitions across Australia. Dianne also is a lecturer at the University of Canberra. 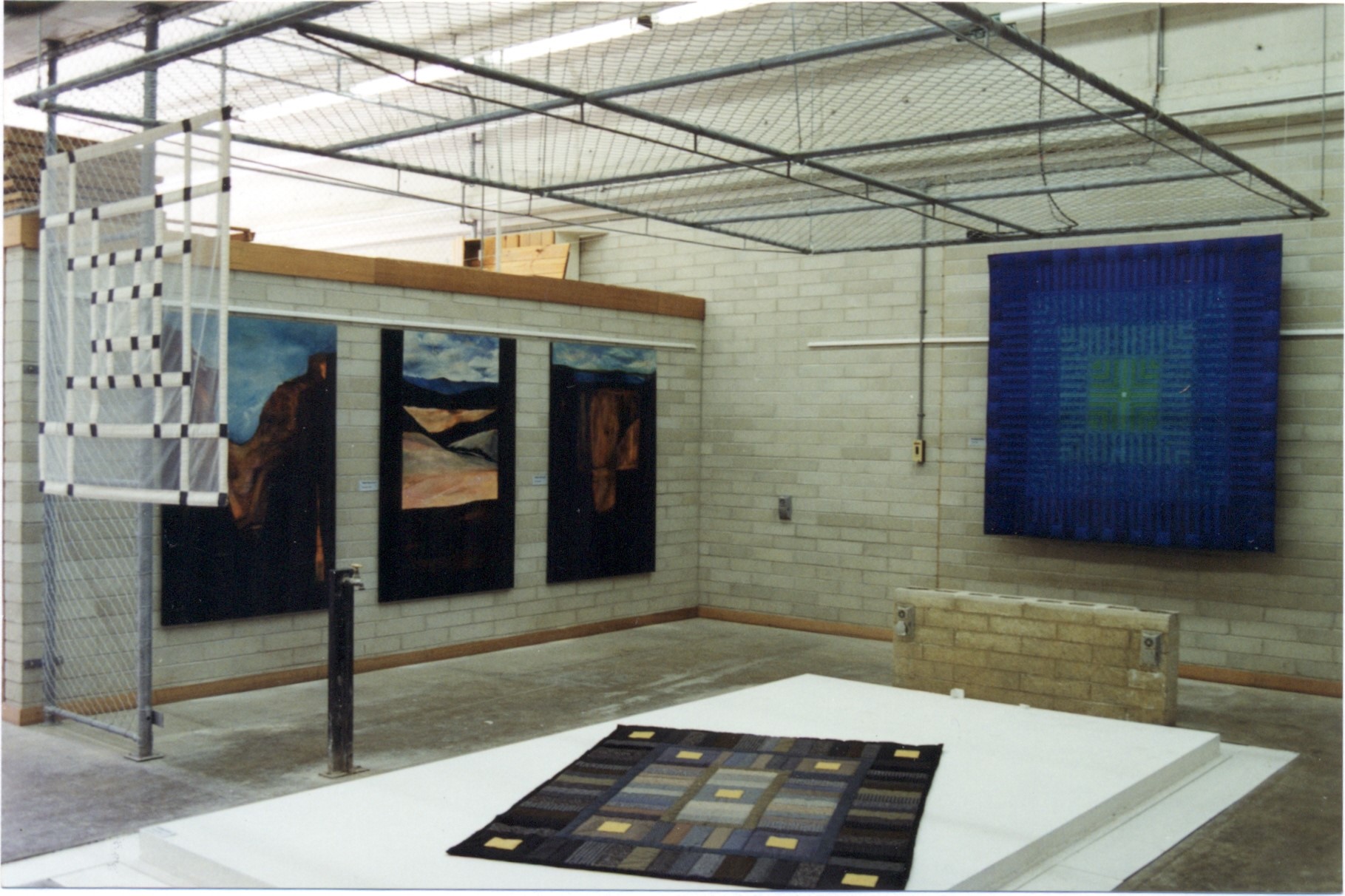 Black Opal is a large quilt-like textile with alternate light and dark textured colours including blue, blue-green and purple commercial cotton and polyester batting. The design was inspired by the intense colours found in black opals mined at Lightning Ridge. The work of art was created and exhibited for the Proof Positive Faculty of Environment Staff Exhibition of Visual Art in 1995. The University of Canberra Art Collection also holds 'Bimbimbie' and Red River textiles.

Dianne Firth for her CV and statements on her textiles.