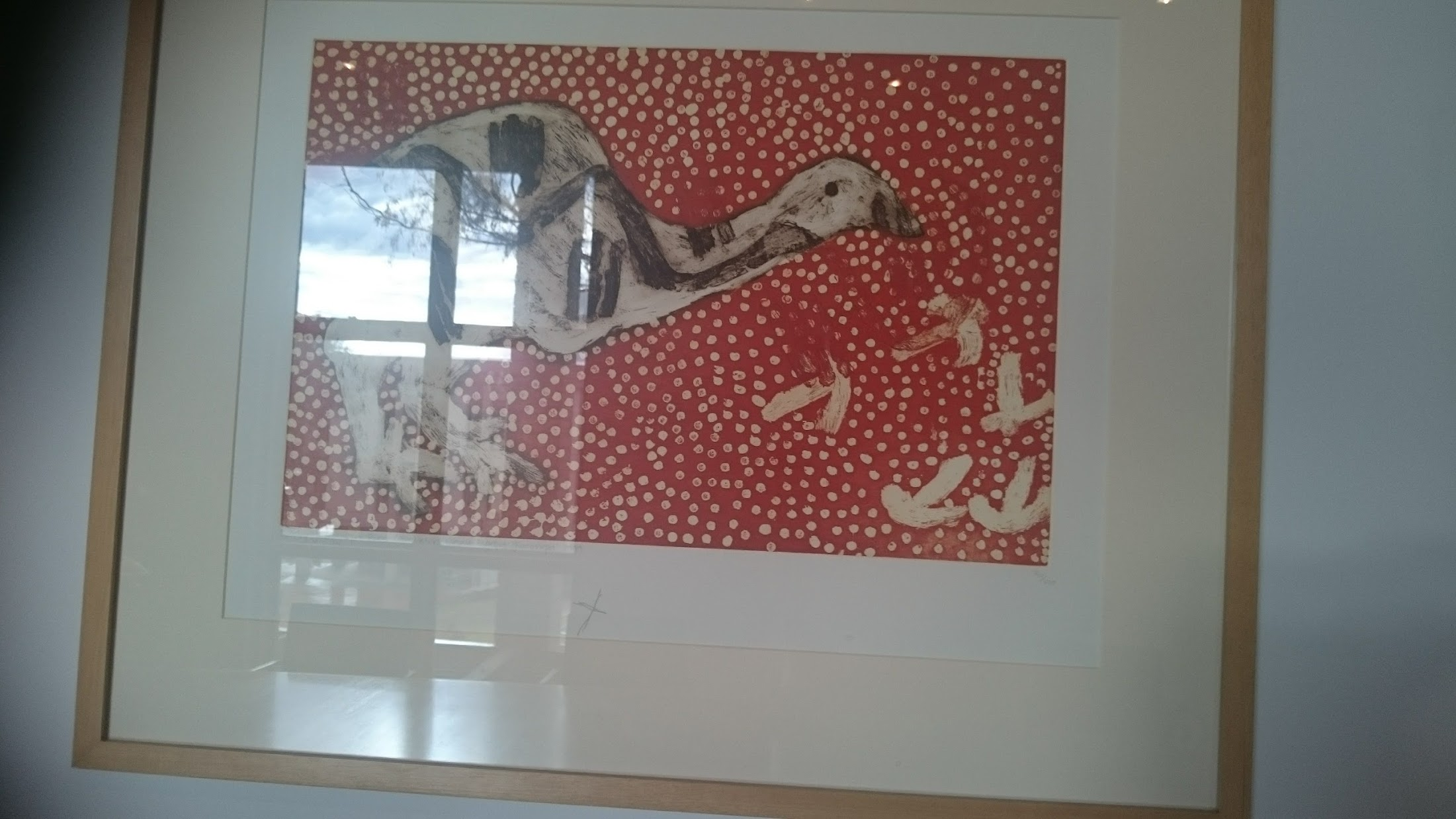 Ross’ painting depicts his interpretation of an emu and water jukurrpa. His country lies to the north of Yuendumu and his totems were emu and bandicoot. This painting represents the emu, one of Darby’s totems and the water, which is a sacred part of the landscape. The emu and the water it is drinking are both part of the jukurrpa, which can be translated as the ‘dreaming’ or creation period.

The painting represents the creation period through the eyes of Darby Jampijimpa Ross, and what he identifies as the story of the history of his people. During the Jukurrpa, ancestral beings in the form of both human and animals move across the desert singing, marrying and fighting. As these ancestral beings travelled across the landscape, they created features of the land that are quite prevalent today, including water, plants and animals, people, language and ceremonies.