Abie Loy Kemarre was born in 1972 at the Utopia Station, about 270 kilometres north east of Alice Springs, Northern Territory.1 It is believed that Abie Loy started painting under her grand-mother's wing at the age of 19. 2 Abie's immediate family all have impressive artistic talent including Kathleen and Petyarre whose styles are very similar and contemporary in nature.3 Abie  has been a finalist twice in the Telstra National Aboriginal and Torres Strait Islander Art Award (NATSIAA) in 1997 and 2001.4 Her works also include styles using batik and textiles which have been exhibited in Bali.5 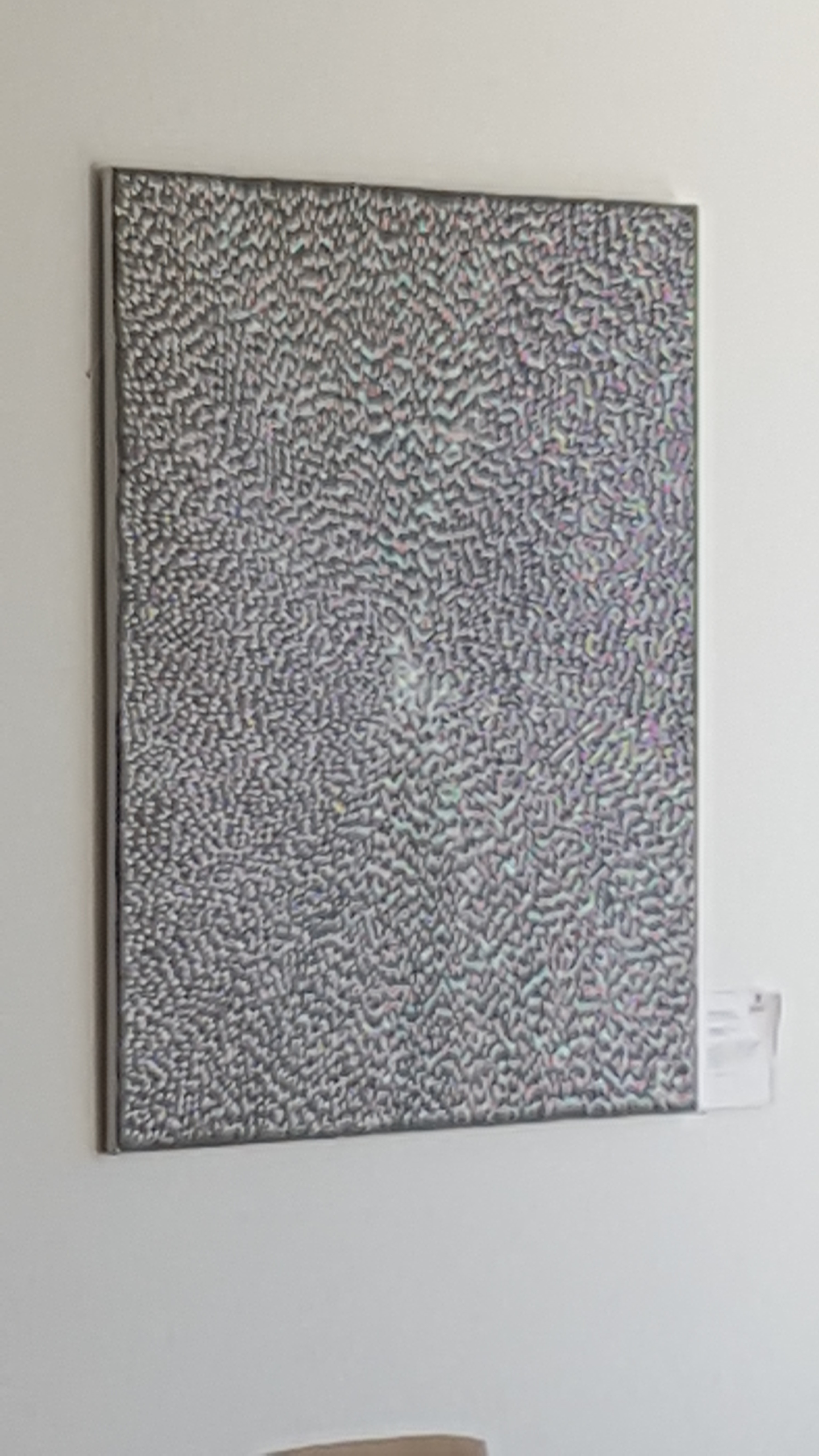 The Work of art:

Abie's paintings typically explore 'women's work'. This painting describes the gathering of leaves that are boiled and then mixed into a paste with kangaroo resin. 6 This mixture is celebrated by Aboriginal people of the central desert as a bush medicine to treat a variety of illnesses. 7Abie's style of work is very popular with  similar works of art in public and private collections.  In some examples of Bush Leaf Medicine, Abie introduces deep reds and blues into the design.8 Although the work is Indigenous in nature, its swirling patterns can be considered as contemporary and reminiscent of artworks by the likes of Bridget Riley. Like what you see. Let us know your thoughts?

The work of art was purchased by the University of Canberra in 2013.