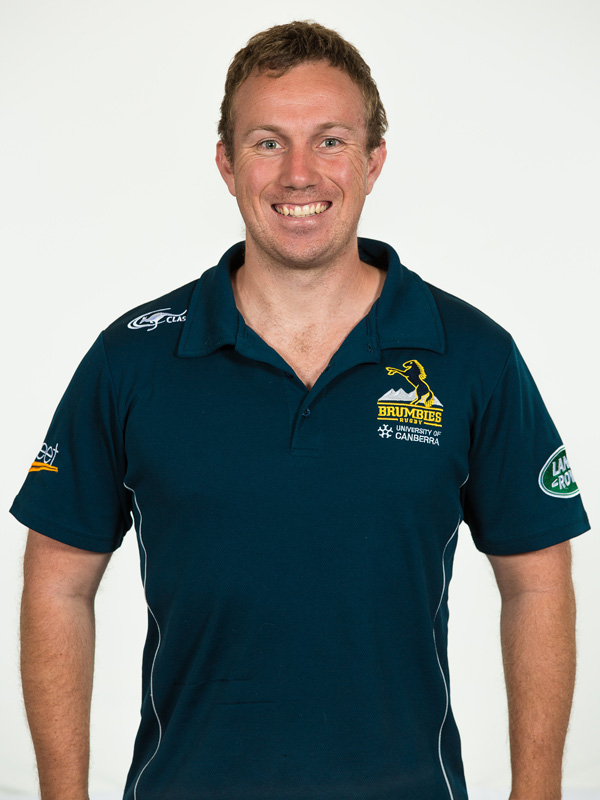 While most people dream about one day working in an industry they love, Trent Hopkinson has the opportunity to live that dream on a daily basis. As the Performance Analyst for the Brumbies, Trent not only gets to travel the world watching sport, but also work with some of the most elite athletes on the planet.

"I always wanted to work in something I love, so I always expected to end up in sport" explained Trent, "I have also always been interested in coaching and tactical analysis so it just seemed like a perfect fit for me."

While he might not be as well-known as coaches, managers and other support staff, Trent's role at the Brumbies has a major impact on both on-field tactics, and ensuring that players keep fit and healthy throughout the season. Through the use of cutting-edge technology such as GPS, athlete monitoring systems, and video software, Trent analyses all training and match data to report player performance and the physical toll matches and training are taking on players.

"It is quite a diverse role. I oversee all video and data analysis, and also manage the player loading and performance in matches and at training through various GPS and athlete monitoring systems."

In 2013 Trent first had the opportunity to work with the Brumbies as part of his honours project, where he conducted research into attacking strategies across the entire Super Rugby Competition. Excitingly, Trent was able to see findings from his research implemented by coaches in the 2014 season.

"I conducted analysis in regards to attacking exit strategies from the defensive half. I coded around 18 variables for all 125 games, and the analysis helped develop the type of strategies we implemented for the coming seasons."

In addition to the Brumbies, Trent has also had the opportunity to work with global sports analytics giants Prozone Sports, as well as the Samoan and Tongan National Rugby sides, NRL clubs and the NSW State of Origin side.

While he is only just starting out on his career in sport, Trent has one standout highlight of his journey so far.

"Last year's semi-final at Newlands in Cape town, amazing build up for the week and fantastic experience winning the game."